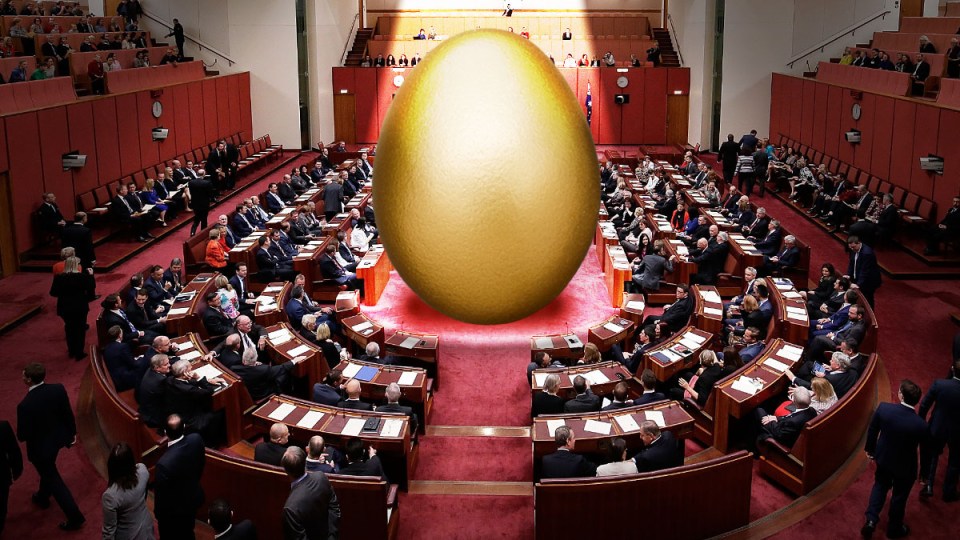 The debate over superannuation reforms has moved to the Senate. Photo: TND

ISA’s campaign targets the legislated hikes in the superannuation guarantee from 9.5 per cent of wages to 12 per cent by 2025 – increases that Treasurer Josh Frydenberg has said are under review.

A number of federal Liberal members have called for the scheduled rises to be scrapped, or made substitutable for wage increases, and for super accounts to be made available for first-home buyer deposits.

ISA observed the Treasurer had recently flagged the system could be more “flexible” if retirees drew down on their savings more “efficiently”.

“Australians need to know that is code for cutting the rate at 9.5 per cent and making retirees whittle down all other assets – including the home – leaving nothing for their own funeral, let along future aged-care costs,” ISA said in a statement.

“Some federal politicians want to break an election promise and cut super, forcing Australians to work longer or retire with less. It’s time for the government to stop messing with super and deliver their promise to workers.”

The political fight over super has moved beyond the SG hikes.

Controversial new powers were recently added to the Your Future, Your Super (YFYS) legislation that would give the government unfettered power to block all expenditures by super funds, even if they were in members’ best financial interests.

“We see that as extreme overreach,” said Mel Birks, advocacy manager at the Australian Institute of Superannuation Trustees.

“The measure is written in very broad terms and it could create huge levels of uncertainty. A fund could make a long-term investment and the minister could disallow it, which would make it a stranded asset as no other fund could buy it.”

The reforms have been introduced to Parliament and referred to the Senate Economics Committee, which will hand down its report on the reforms by April 22.

There is an alternative

Xavier O’Halloran, director at Super Consumers Australia, said giving authorities a say over how super funds spent their money was reasonable but the YFYS powers were too broad.

“We say the power should be like harm measures in consumer law, where the regulator can intervene to prevent consumer harm but it would have to go back to Parliament for an ultimate decision,” Mr O’Halloran said.

Under the YFYS legislation, the intervention can be carried out by “the minister”, but SCA is calling for this power to be given to the financial regulator, APRA.

“The powers are so broad they could be used by any government for their own political purposes,” Ms Birks said.

The legislation is highly contentious, with the Opposition and industry super fund movement calling for amendments.

In addition to the debate over ministerial powers, the government has drawn criticism for the measures by which it proposes to weed out underperforming funds, and for the sequencing arrangements for measures that will staple members to funds for the duration of their working lives unless they choose otherwise.

A spokesperson for shadow superannuation minister Stephen Jones said the Opposition would not support the legislation without significant amendments.

“Unamended, the Your Future, Your Super Bill will allow dud for-profit funds to keep underperforming without consequence and ripping more than $10 billion in profit without ever having to justify how its inflated fees are in the best financial interest of members,” it said.

ISA also has concerns that performance testing will leave many members of retail funds unprotected because their funds’ performances will not be measured.

Under the legislation, only default MySuper and trustee-driven choice funds will be covered by APRA’s performance reviews, which will block funds from taking on new members if they underperform set benchmarks for two years in a row.

“About 80 per cent of the choice sector will likely be shielded from the performance benchmark tests, despite the Productivity Commission finding this is where most of the dud funds are found,” ISA’s statement said.

“There is also no timeframe to test almost 70 per cent of for-profit funds – that is 6.7 million-member accounts holding $427 billion in assets.”

“We’re disappointed that sensible feedback from across the sector has been ignored to this point and will further examine the concerning regulation-making powers that have been added,” Mr Dean said.

“These laws should mean that all funds should have to justify how all fees are in the best financial interest of members. Instead, there is a giant carve out that will allow retail funds to keep creaming $10 billion each year in profit no matter how poorly they perform.”

Superannuation Minister Senator Jane Hume and the Financial Services Council declined to comment for this article.

Super wars heat up as ISA rolls out advertising campaign