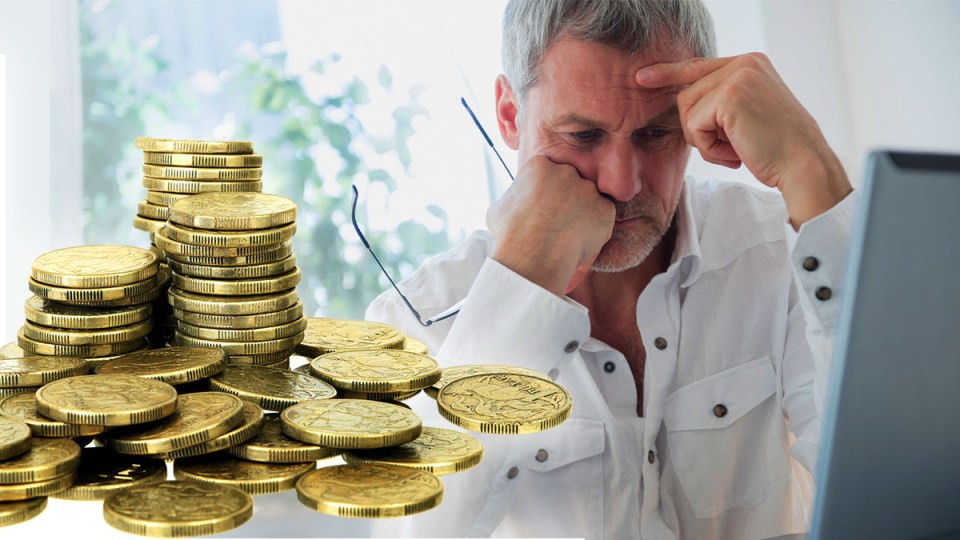 Insurance premiums are rising even though the list of exclusions is lengthening. Photo: TND

The insurance inside your superannuation fund is becoming far more expensive and less likely to meet all your needs, according to industry watchers.

The situation is so bad that financial regulator APRA has written to super funds and insurers warning that if current trends continue, “members are likely to be adversely impacted through further substantial increases in insurance premiums and/or a reduction in the value and quality of life insurance in superannuation”.

Mark Kachor, principal at insurance researcher DEXX&R, said while premiums for death cover were stable there had already been a noticeable rise in premiums for TPD (totally and permanently disabled).

“We have seen policies jump by as much as 30 per cent, especially around income protection,” he said.

Those premium rises will hit people in default super funds who have relatively small amounts of insurance.

And it’s not just a case of rising premiums, as APRA has warned.

“We’re concerned about some of the exclusions that are in policies that cover disability insurance,” said Xavier O’Halloran, director with Super Consumers Australia.

SCA identified the problem last year and found that 94 per cent of the policies across the 32 super funds they surveyed “contained restrictive terms that discriminate against unemployed people and those working limited hours”.

The restrictions made it harder for these people to prove incapacity than those working full-time. 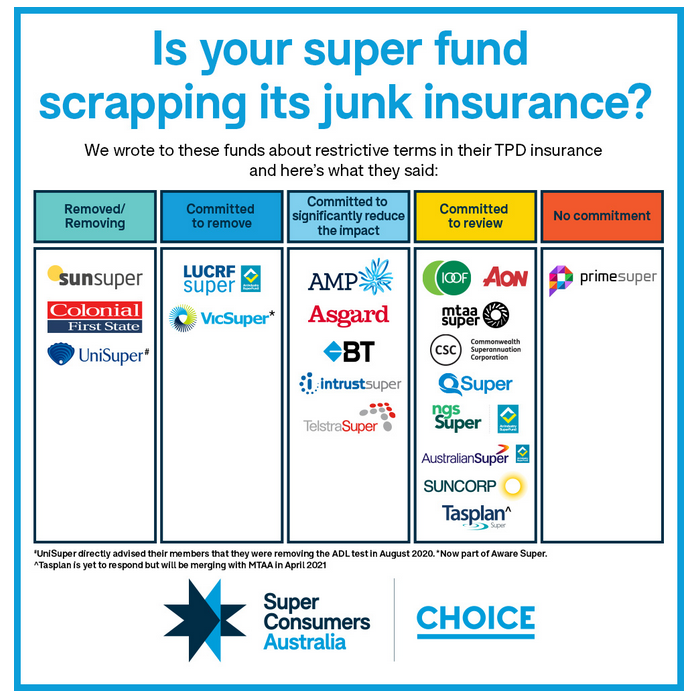 That fact is poorly understood “with many people not having much idea about what sort of cover they are getting,” Mr O’Halloran said.

“There are real problems there.”

And it’s not only the unemployed who are being hit with more restrictive policy.

“Insurers are much more selectively targeting terms in areas that have proven to have a worse claims experience,” Mr Kachor said.

“That means the premium cost of income replacement policies with shorter waiting periods before payment can be claimed are rising more quickly.

“If your policy has a 30-day waiting period you are much more likely to be able to claim temporary disability from an accident than if you have a 90-day wait. Many people have recovered and are not continuously disabled for 90 days,” Mr Kachor said.

“Overall, they are making the criteria to claim stricter.

“[The policy] will cost you more and will pay out in fewer circumstances than two years ago.”

Another sting in the tail of new claim restrictions relates to the industry in which you work.

“You might join a certain industry and be put in the default fund and be covered by its standard insurance. But a lot of those policies now exclude all pre-existing conditions,” Mr Abrahamsson said.

“That can mean if you’ve used your Medicare card or private health cover to pay for treatment, then that is established as a pre-existing condition and they can decline a later claim.”

Mr Abrahamsson said in some cases members would have claims for a severely injured back rejected if an insurer found out they had previously consulted a physiotherapist for a sore back.

This means it is vital to ensure you have adequate insurance cover. And for some people that could mean buying extra cover in or outside your superannuation fund.

“The main thing to consider is your level of debt and the dependents you have,” Mr Abrahamsson said.

The average default super policy for someone earning $50,000 a year might see them paying between $3 and $4 a week for insurance. But that won’t be enough for those with higher commitments and a family to protect.

“For a professional with dependents and a mortgage they would need to look at paying between 2 per cent and 4 per cent of their income to provide adequate insurance protection,” Mr Abrahamsson said.

For a tradesperson the cost could be higher if they are in a dangerous occupation, he said.

“Also remember to check your insurance regularly to keep up with changes in policy conditions and your life cycle situation.

“In your 20s insurance is incredibly important because you may have young children and few assets.

“In your 50s, you’ve probably paid off the house, you’ve got some savings and your family has grown up so you might say ‘Do we need so much insurance?'”

And at that point in your life premiums will go up a lot, too.

“That means you might have $300,000 of default life and disability cover when you are 30 but as you age the cover declines and by the time you are 50 the cover might only be $30,000 for the same premium.”

Mr Abrahamsson said it’s a good idea to seek professional advice either within or outside your super fund to ensure you have adequate insurance.

Insurance in superannuation is becoming more expensive and less comprehensive