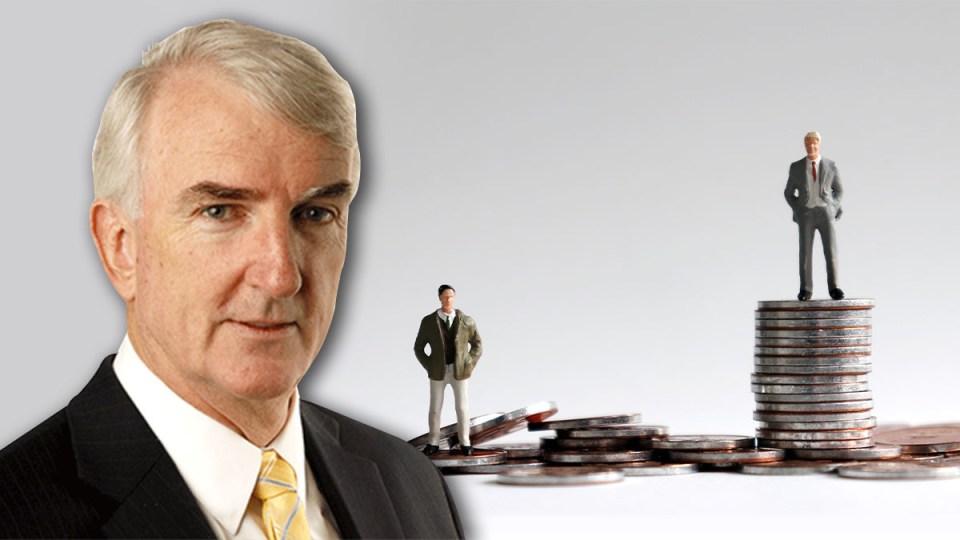 Wealthy Australians are locked in for thousands of dollars in indexed extra superannuation tax breaks from July 1, while those on average wages are being threatened with losing the promised small increase in the super guarantee (SG).

Most people would have to earn an extra $7644 – 13 per cent of the average wage – to receive the same after-tax amount.

For someone on the top income tax rate with the spare cash to be able to take advantage of the increase in concessional contributions, that $2500 increase saves $950 a year in tax.

By comparison, someone on the average wage of about $60,000 a year has been promised a 0.5 per cent increase in the SGL on July 1.

That would result in another $255 in their super fund after the contributions tax. (Which is still more than the average worker would receive if they had a 0.5 per cent pay rise instead.)

If the government doesn’t scrap the legislated phased-in increase of the SG to 12 per cent, the full 2.5 per cent rise would be $1275 extra in super on the average wage – not all that much more than the government is giving in the increased tax break for high-income earners able to make use of it.

It pays to be wealthy

By the nature of the progressive income tax system, concessional contributions are worth more for those on the top tax rates than those on lower incomes.

And you qualify as wealthy if you’re capable of taking advantage of the increase in the non-concessionary contribution cap from $100,000 to $110,000.

While there’s no immediate tax break on the extra $10K, it enters one of the best tax havens on Earth, where it compounds with its earnings only being taxed at 15 per cent and then at nothing at all when in the retirement pension phase under the fat $1.7 million cap.

Sure, the increased caps aren’t limited to those on high incomes – anyone can take advantage of them.

Know anyone on average or median wages capable of topping up their SG with a spare $20K, or being able to build a $1.7 million super account? Me neither.

The moral of the story, as always, is that it pays to be wealthy.

The anti-superannuation gang of government backbenchers led (if that’s the right word) by Tim “Franking Credits” Wilson and Andrew “Kill The New Daily” Bragg are devoted to scrapping the SG increase and are trying a number of ruses to do it.

Funny thing though, I haven’t noticed them campaigning to stop increases in the big tax breaks for the well off.

Michael Pascoe: Extra superannuation for the wealthy from July 1