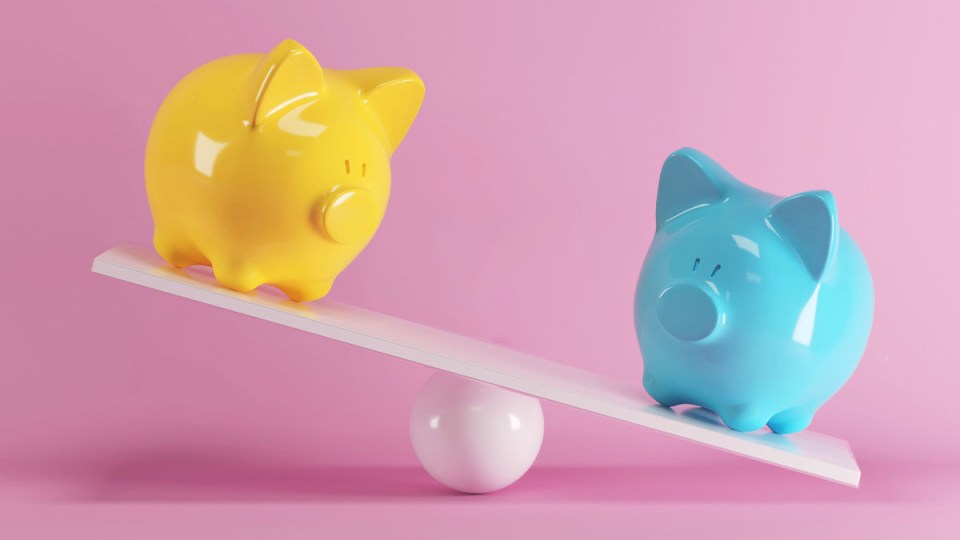 Industry super funds have performed better than retail funds, thanks to investments in international shares and infrastructure. Photo: TND

Compulsory superannuation has delivered strongly for Australians since its introduction in 1992, with new research showing the average balanced fund has beaten the targets set when the system was designed.

Research from the Ruthven Institute found the average balanced fund, in which most Australians have their super, returned 6.4 per cent a year over the 10 years to 2020.

The strength of that performance is put into sharper focus when viewed alongside inflation.

Over 10 years, inflation averaged 1.9 per cent while over five years it averaged 1.5 per cent.

That means that over the past 20 years, superannuation grew 3.62 per cent annually when accounting for inflation. 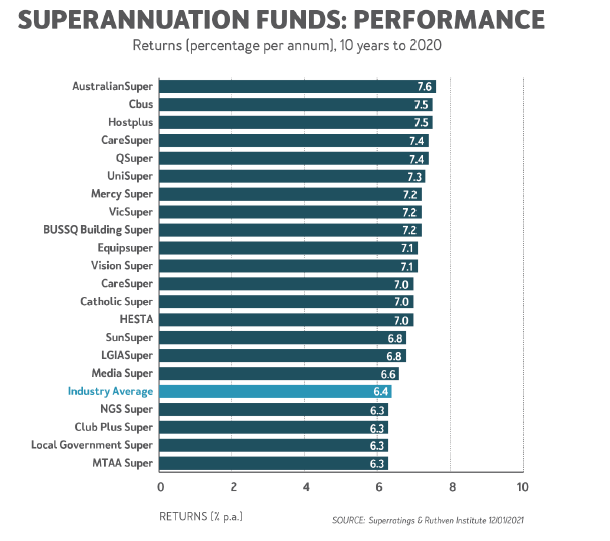 Over five years, the average return for a balanced fund was 7.5 per cent while the inflation average was only 1.5 per cent.

This means the ‘real’ return was 6 per cent annually despite the pandemic hit to markets last March.

One of the significant things about those returns is that they were higher than the superannuation sector had hoped for in 1992.

The expectation back then was that super would grow at the annual rate of inflation (CPI) plus 3.5 per cent. But that target was beaten comfortably over five- and 10-year periods. Even over the 20-year period including the 21.5 per cent negative return during the GFC in 2008, the target was bettered.

“Those returns are quite respectable and demonstrate that super funds can gain benefits by investing in asset classes not available to individuals,” said independent economist and Gillard government adviser Stephen Koukoulas.

“That might be infrastructure, private equity or high-performing shares in the tech sector that super funds can take a small position in, whereas that might be too much risk for a personal investor,” Mr Koukoulas said.

The higher-than-expected returns over 20 years were in part due to one-off factors like the minerals boom in the run up to the GFC, which helped funds often reach double-digit returns.

However, Mr Koukoulas said there was still reason to believe strong growth would continue into the future.

“The vibrancy is still there, and we can expect to see more developments in areas like technology and private equity,” he said.

Returns for super funds had increased since the 1990s along with changes in regulation, said the report’s author Phil Ruthven, who set up what is now known as IBISWorld in 1971.

“What’s happened over the last several decades is that super funds have been allowed to have more freedom as to what to do with the funds they manage,” Mr Ruthven said.

“Funds have gone into more active rather than passive investment assets. Shares now account for about 60 per cent of super fund investments and increasingly that is going into international shares.

“That is leading to higher returns because American shares have profitability levels almost twice as high as Australian shares,” Mr Ruthven said.

As the chart above demonstrates, all of the 25 top-performing funds over 10 years were not-for-profit industry funds.

The same can be said for the top 10 funds over five years, and only one retail for-profit fund, Australian Ethical, appears in the top 10 over the one-year period.

The divergent performances largely boil down to different investment strategies.

“Industry funds have higher exposures to international shares and to infrastructure, which is a kind of half-active, half-passive investment,” Mr Ruthven said.

The chart above compares industry fund AustralianSuper, the top performer over 10 years, with the average super fund, which includes industry and retail funds.

The ‘total’ category, which is heavily influenced by retail funds, has only 25.9 per cent in international shares, 6.7 per cent in infrastructure and 20.5 per cent in fixed interest, both local and offshore.

The end result is that industry funds like AustralianSuper have more money in active assets, which leads to higher growth rates and better returns.

Another factor driving super’s strong returns of late has been fee reductions, according to SuperRatings executive director Kirby Rappell.

“Administration fees have dropped from 90 to 100 basis points to below 30 basis points in a few years, as old legacy retail products are wound down,” Mr Rappell said.