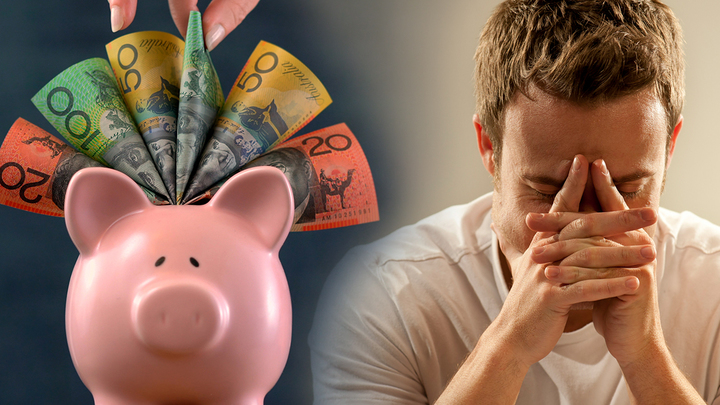 Super funds want the government to help low-income Australians who have emptied their super. Photo: The New Daily

The federal government should make one-off contributions of up to $5000 into the superannuation accounts of low-income earners who accessed their retirement savings early, a lobby group has argued.

The Australian Institute of Superannuation Trustees (AIST) on Monday released new analysis showing almost one million young workers who accessed the government’s early super access scheme had either emptied their accounts or reduced their balances to less than $1000.

Amid mounting evidence of the recession’s disproportionate impact on young people, the analysis also found that young workers were twice as likely to empty their superannuation accounts as members aged over 35.

AIST said more than 73,000 Australians had lost their insurance cover as a result, and noted women were more likely to have emptied their super accounts than men.

Economists have suggested this is because women were overrepresented in industries affected by lockdowns and accounted for a larger share of short-term, casual jobs, which were excluded from JobKeeper.

AIST chief executive Eva Scheerlinck said the financial burden of the early super access scheme fell most heavily on “those already experiencing disadvantage and the many Australians who were already facing a retirement savings shortfall”.

She said these Australians would struggle to make up the lost ground without government intervention, as the cost of withdrawals compounds over time.

According to Treasury’s Retirement Income Review, the average 30-year-old who took out $20,000 in early withdrawals will have $40,300 less in their super by the time they retire.

To help low-income earners rebuild their savings, AIST wants the government to make a one-off contribution of up to $5000 into the superannuation accounts of Australians who earn less than $39,837 a year, accessed their super early, and met the scheme’s eligibility criteria.

“This would be the most effective way to close the COVID super gap for these Australians,” the group will argue in its pre-budget submission.

“[The one-off] contribution would be set at a quarter of the value of the super the member accessed and be capped at a maximum $5000 contribution for those who accessed the full $20,000.”

But he said their first priority was to ensure the Coalition went ahead with the legislated increases in the superannuation guarantee, which start in July.

“Fighting the Morrison government’s plan to cut super and force retirees to sell their house is our focus.” 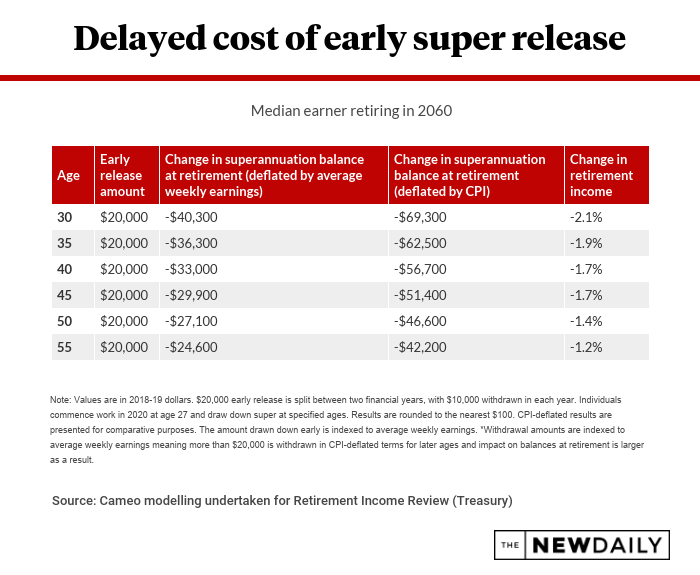 Brendan Coates of the Grattan Institute, meanwhile, said there were more effective ways of keeping Australians out of poverty in retirement than one-off super payments for low-income earners.

“If the concern is poverty, then there are much more direct ways to fix that than putting $5000 into someone’s superannuation account on the expectation that some of those people will struggle [when] they reach retirement, when many others won’t,” Mr Coates said.

“It’s not targeted, because at the point in time when you’re giving them the money, you’ve got very little sense about whether that particular group – particularly if they’re early in their life and have taken out super – is likely to end up struggling long term.”

Mr Coates told The New Daily the money would be better spent on lifting the permanent rate of JobSeeker and boosting Commonwealth Rent Assistance.

But while Ms Scheerlinck agreed that both payments should be increased, she said AIST’s proposal was addressing a different issue.

“Our focus, with this proposal, is for improving the financial security in retirement of low-income earners and ensuring that future taxpayers are protected from having to fund ballooning pension costs,” Ms Scheerlinck told The New Daily.

It’s about recognising that many low-income earners and women will not be in a position to make up their COVID super gap over their working lives.

“It’s also about intergenerational equity – if more people are on the pension in future years, every young person today will have to pay more tax in the future to fund higher age pension costs.”

Treasury’s review found that the age pension alone was enough to guarantee the bottom 30 per cent of income earners had the same standard of living in retirement as they did during their working lives.

Asked if the federal government would consider AIST’s proposal, Senator Jane Hume said the best way to help young workers rebuild their savings was to “do everything we can to help them get back into a job soon”.

“The early release of super scheme was not compulsory – it was a flexible option and almost three million Australians weighed up the decision, and decided that withdrawing their super was the best financial decision for them,” she told The New Daily.

“We know that the majority of Australians have spent this money paying down their mortgages, paying down debt and paying off credit cards. That’s responsible.”