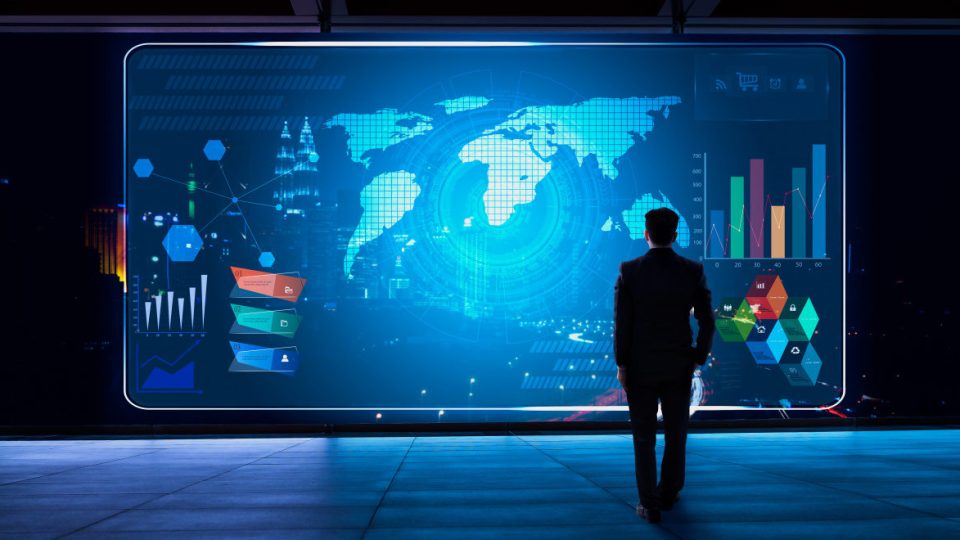 Offshore stocks could be holding back your superannuation balance. Photo: Getty

Australian superannuation funds have reported strong overall investment performances – but have underperformed in two key areas that comprise nearly half their assets, according to new Rainmaker research.

And according to the Australian Institute of Superannuation Trustees (AIST), the findings highlight the need to adjust super reform legislation to ensure all funds are covered by the new APRA performance measures.

When it came to Australian shares, property and cash, super funds roughly equalled the returns achieved in the benchmarks for those asset classes (when superannuation management costs are included) over five years.

“Trouble is, the asset classes where the superannuation sector is struggling to add value over the capital market indexes represents almost half of all superannuation assets.”

Rainmaker’s detailed survey compared average super fund performances across almost 1000 asset classes with the average of those sectors and how individual fund investment options performed against those indices.

The overall performance of international shares and fixed interest have been relatively strong, according to figures from Chant West.

While the performance for each asset class differed across different time periods, the underperformance of fixed interest and international shares was a feature of each. 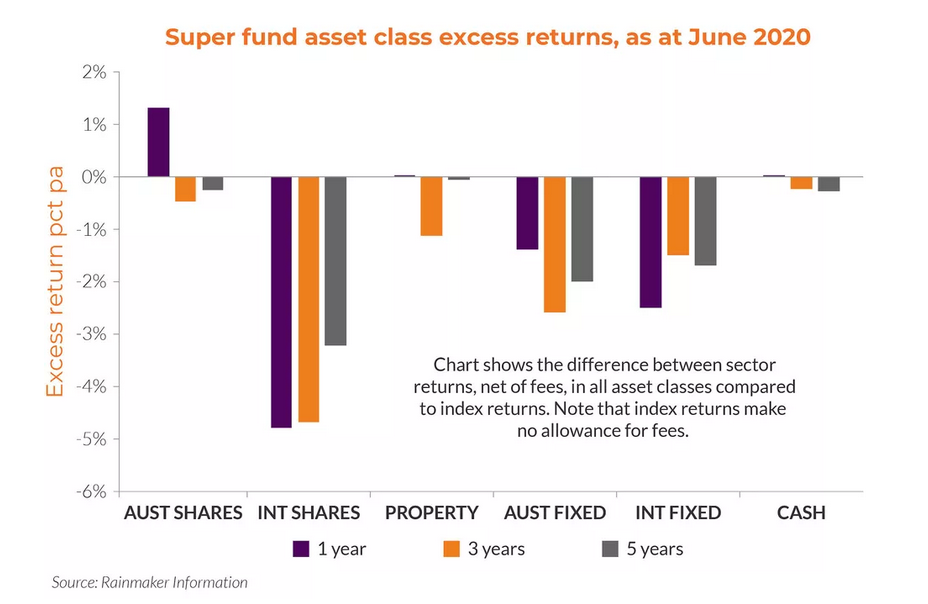 But while those asset classes performed adequately, given they collectively make up 45 per cent of super portfolios (according to ASFA), member balances would have received a further boost had funds met their benchmarks.

When it comes to the reasons for the underperformance, Mr Dunnin said it was in part due to their approach to fixed interest investment.

“A lot of fund managers made judgments about the maturity structures of their bonds that worked against them when interest rates fell,” Mr Dunnin said.

That means they were not holding as large a long position in bond markets as might be expected as lower rates pushed up bond prices.

That resulted in lower returns.

However, a recovery of sorts in bond interest rates (identified on the above chart) as economies improve could change that situation.

When it came to international shares, there was a wide variation of returns between the not-for-profit default options, which hold 25 per cent of superannuation investments, and the for-profit retail sector.

“Rainmaker’s analysis doesn’t appear to discern between the two, but nevertheless it underscores why it’s essential the government’s proposed performance benchmarking must include single asset class investment options.

“Without doing so, these underperformers can continue to fly under the radar, leaving millions of members at risk of not knowing they’re stuck in a poor-performing product.”

Mr Linden’s comments refer to the Your Future, Your Super legislation which is now before Parliament.

It will task the prudential regulator APRA with running performance reviews on all default super funds from July and extend that to trustee-driven choice funds the following year.

However, the legislation will leave retail platform funds out of the performance reviews indefinitely.

Those funds, where investors choose from a vast range of asset options, are likely to be those most influenced by the underperformance Rainmaker identified and will have no regulatory impetus to improve.

“It’s important that the worst areas of underperformance in the super system are addressed,” said Eva Scheerlinck, CEO of AIST.

“The Productivity Commission found that the worst-performing super funds were non-MySuper products so it’s inexplicable that the legislation doesn’t require performance testing of these products, where member harm is most severe.

“It’s unacceptable that the poorest-performing super products are not subject to performance testing.”