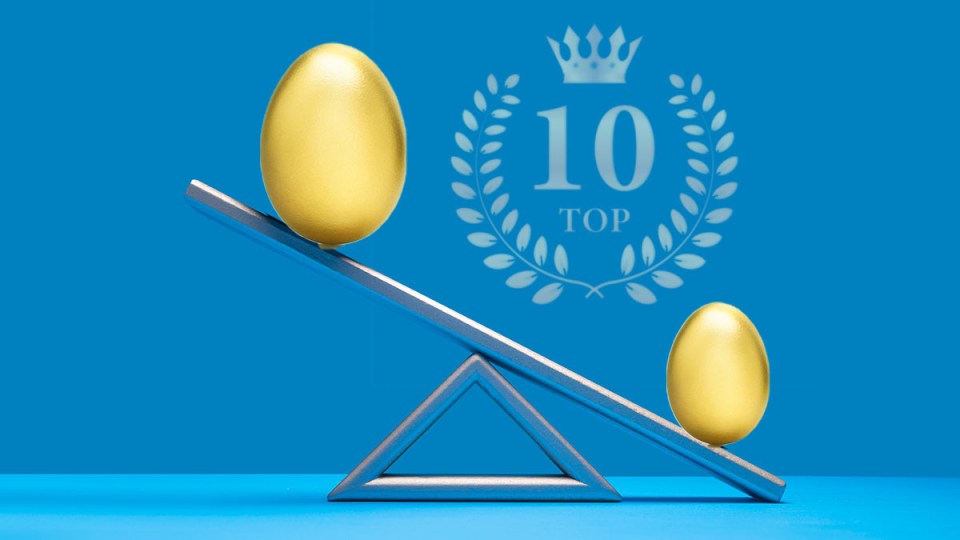 The top super funds performed like there was no crisis. Photo: TND

Over the year to November 30, the three funds turned in a performance that would have been celebrated in any normal year – let alone during a global pandemic.

“Two key contributors are the relative success of Australian governments in managing the pandemic and the stability that superannuation provides to our economy and financial system.’’

The average balanced fund in the sector recovered from losses of 12 per cent in April to be on course for a gain of more than 3 per cent for the year, according to Chant West. 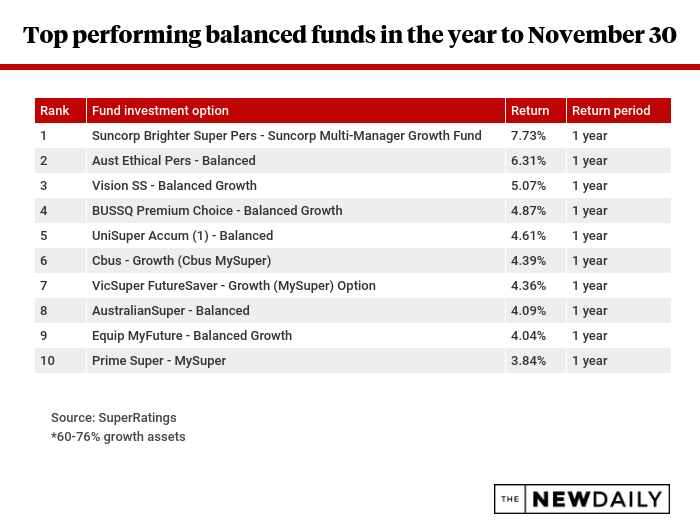 The top performers did so well that the top two, Suncorp’s Multi-Manager Growth Fund and Australian Ethical’s Personal Balanced Fund, did better than the industry average of 6.1 per cent over the past 15 years.

Suncorp returned 7.73 per cent for the year to November 30 and AustEthical returned 6.31 per cent.

Interestingly, Suncorp and AustEthical are for-profit retail funds while all the others in the top 10 are not-for-profit industry funds.

Even No.10 on the chart, Prime Super’s MySuper option, returned 3.84 per cent for the year to November, which is above Chant West’s upper expectation for the averaged balanced option over calendar 2020.

“Overall, the rebound in equities is driving this, with Australian shares up 9.7 per cent in November and 12.1 per cent since 1 July,” he said.

“Property values seem to have held up well to date in the commercial space [offices and retail]. But obviously the pandemic ensured the highest impact was felt on some infrastructure and airports,” Mr Rappell said.

The effects on values of those hard-hit infrastructure classes would emerge in the coming year “as revaluations are done over time and they are still flowing through”.

“Cash returns were 0.02 per cent in November and 0.60 per cent over the past year. Fixed interest were a bit higher, but this area remains a challenge.”

Because balanced funds, where most Australians have their super, hold about 40 per cent in defensive assets including debt and cash, low interest rates are negatively affecting them.

Meanwhile, at the other end of the scale, financial regulator APRA has forced 11 funds out of the industry over the past 12 months.

They were identified as serious underperformers by APRA’s Heatmap last week, and their managers decided to withdraw funds or merge with better performing funds over the year. 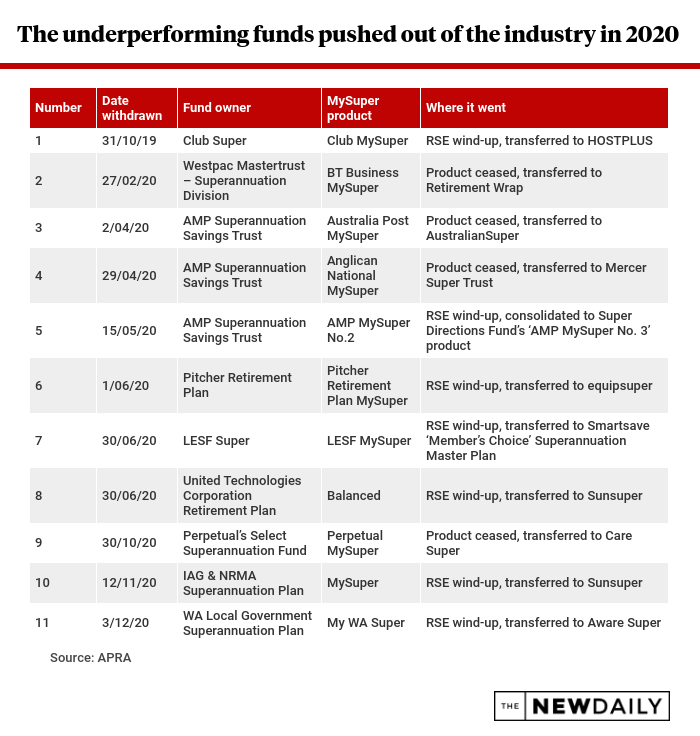 Although APRA did not release the performance details of the funds that left the industry, it said they had “underperformed the investment benchmarks” to which the industry is held accountable.

Given research group Rice Warner expects “future consolidation will lead to a dozen very large funds” over the next decade, it is reasonable to expect pressure from APRA will force more funds out of the market next year.

Chant West researcher Mano Mohankumar said the key lesson from 2020 for super fund members was to “have patience”.

“If you moved to cash after fund values fell 12 per cent in April, you would be well behind because you missed out on the strong performance on the sharemarket since then,” he said.

The best and worst-performing superannuation funds in 2020