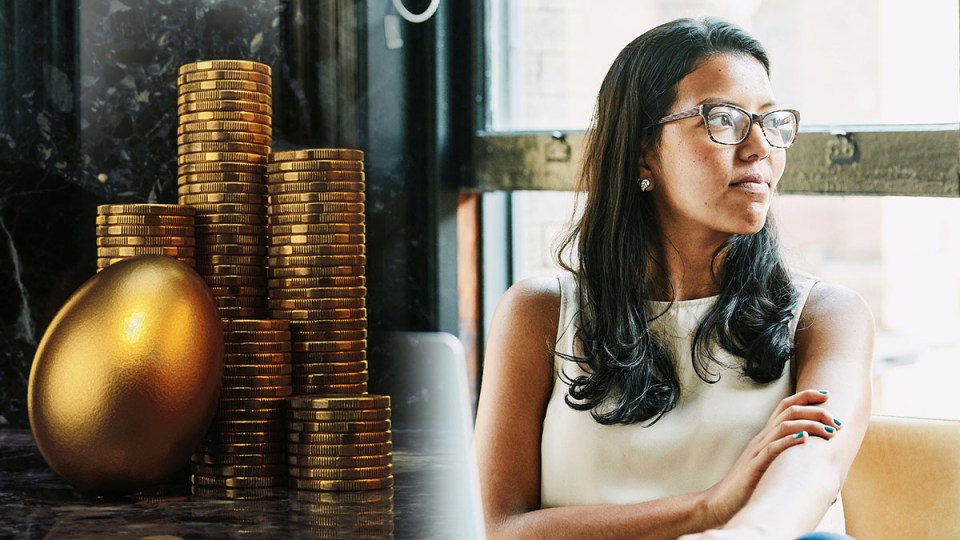 Australians can look forward to growth in their super balances this year. Photo: TND

It looks like Australians will see their superannuation account balances increase in 2020 despite the coronavirus-driven market panic in March.

The expected overall rise in the later part of the year follows a 0.5 per cent positive return for October.

Chant West reported that the median growth super fund hit positive territory in October as the Australian sharemarket gained 1.9 per cent for the month.

But the run-up so far in November is really putting a rocket under funds.

“That means funds have gained 14 per cent since the end of March, which more than erases the 12 per cent loss over February and March.”

“Going on those results we should see median growth funds [with 61 to 80 per cent in growth assets where most people are invested] gaining over 2 per cent for calendar 2020, which is a tremendous outcome given the major market falls accompanying the pandemic,” Mr Mohankumar said.

However, international markets were weaker in October with the combined European and US indexes losing 3.2 per cent over the month.

That was driven by rising numbers of COVID-19 cases and uncertainty around the US election. 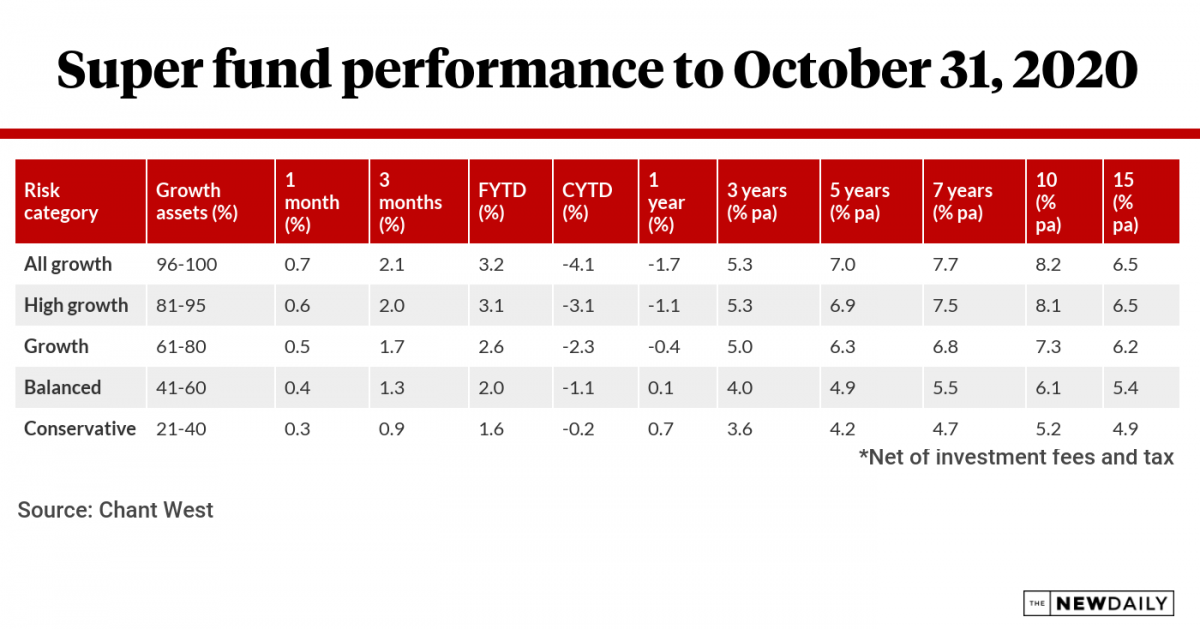 So far in November the turnaround has been dramatic with the ASX All Ordinaries index up 8.2 per cent, the US Dow Jones Industrial Average up 11 per cent and the UK FTSE 100 up 12.9 per cent.

“Markets erupted with news of an imminent vaccine and the election of Joe Biden as US President,” Mr Mohankumar said.

Although the median growth fund has just turned positive, the returns of 10 major funds have been positive for some months, according to research from SuperRatings.

Of all the top 10 performers on the SuperRatings list, only two – Australian Ethical and Suncorp – were for-profit retail funds.

The rest were industry funds. 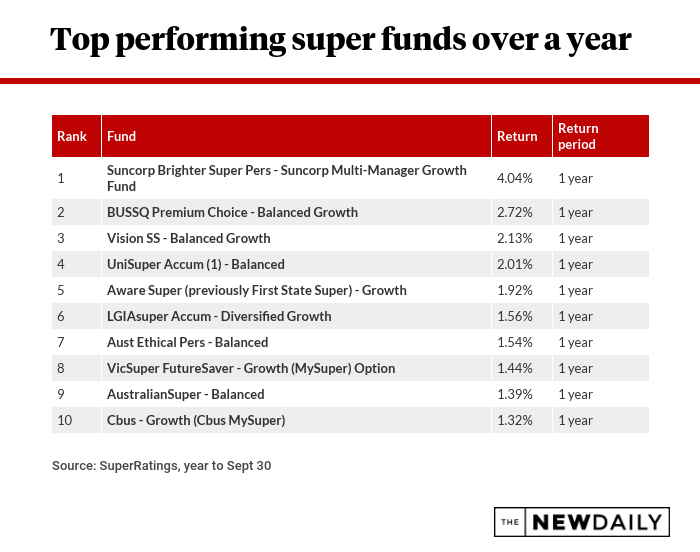 “For the year to date, 15 of the 50 funds we survey are in positive territory,” Mr Rappell said.

“Despite the challenges it’s a pretty rosy outlook for the world economy, but fund managers are wary of the outlook.

“When we meet with super funds they say ‘How long can this go on for?’ But they have to remain exposed because if you are not part of it you get smashed.”

Sharemarkets are likely to remain the main driver for super funds in the coming year.

“Economies are continuing to recover despite the dramatic increase in COVID-19 case numbers in the US and Europe,” said David Bassanese, chief economist with Australian fund manager BetaShares.

“In Europe there are tentative signs that cases are peaking and I’m watching New York closely where they have closed the schools but a full lockdown has not been implemented.”

“The equity market recovery was initially driven by value following the falls early in the year. But more recently it has been earnings-based as company earnings have risen,” Mr Bassanese said.

The recovery in economies has been almost V-shaped, which some predicted after the March crash, Mr Bassanese said.

“Market valuations are above long-term averages but given interest rates are so low and earnings look like recovering further next year I don’t think that’s a problem.”

“PEs [price-to-earnings ratios] are at 20 times, bond rates are 1 per cent and earnings growth is expected to be 20 per cent next year,” Mr Bassanese said.

The superannuation lifecycle products that automatically move members through diminishing risk profiles as they age have performed less well for younger members over the past year than the median growth fund.

“Despite taking on more share market risk, these younger cohorts haven’t performed as well as the median Growth option, over all periods shown,” Chant West said in its statement.

“The reason these younger cohorts in retail lifecycle funds have underperformed the MySuper Growth option over longer
periods is that these funds, while generally well-diversified, still don’t have the same level of diversification as many of the
not-for-profit funds.”

The lifecycle products are generally held in retail funds which have about 21 per cent lower allocations to unlisted assets, such as unlisted property, infrastructure and private equity, than industry fund growth (‘balanced’) allocations.