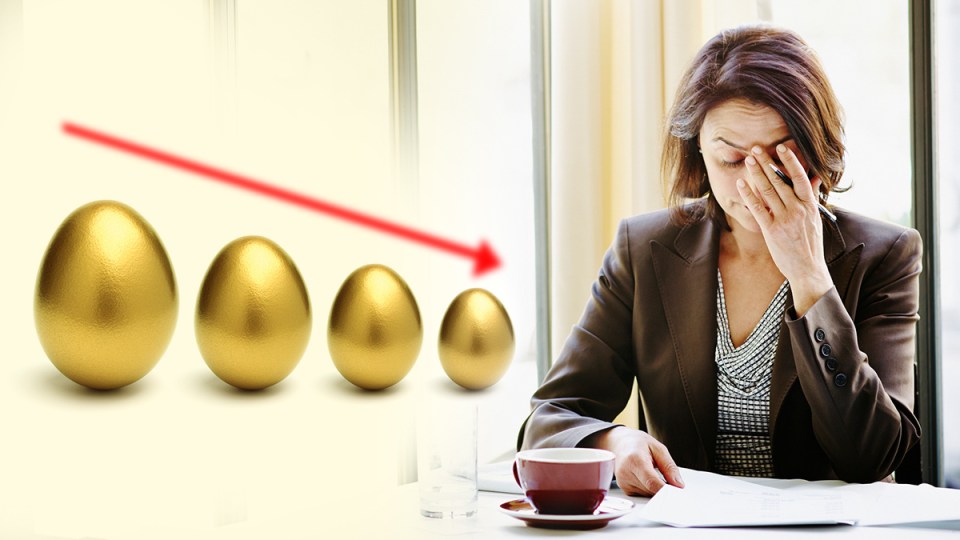 An alternative proposal to the government's superannuation reforms has drawn strong criticism. Photo: The New Daily

Reforms announced in the federal budget to protect members from poorly performing super funds have been criticised for painting a distorting picture of financial returns for members.

The Association of Superannuation Funds of Australia (ASFA) last week put forward a policy proposal to fix the issue.

But consumer groups and industry insiders say it falls well short of the mark.

And Super Consumers Australia director Xavier O’Halloran said the association had “created a test most of the funds the Productivity Commission labelled as chronic under-performers would pass with flying colours”.

“ASFA’s self-interest is disappointing given the Productivity Commission also estimated that a person left in one of these chronic under-performers could be $500,000 worse off in retirement,” Mr O’Halloran said.

In this year’s budget, the government announced plans to tackle underperformance by rating funds against a benchmark every year.

The plan would see members contacted if their super fund performed worse than the benchmark (underperformed) and funds banned from taking new members if they underperformed for two years in a row.

The superannuation industry broadly welcomed the government’s focus on weeding out underperformance, but said the annual reviews could paint a misleading picture as they excluded tens of thousands of ‘choice funds’ and did not take into account administration fees.

Meanwhile, ASFA, an umbrella group covering both not-for-profit and retail funds, has said the government’s plan is too stringent and complicated, as it would involve measuring funds against changing benchmarks every year.

Instead, it has called for a one-off assessment of all funds against a benchmark of 1.3 per cent (130 basis points) in fees, or one standard deviation from the average.

Any default MySuper funds exceeding that measure would then be subjected to a more detailed performance review, during which their net investment returns would be assessed and benchmarked.

If their risk-adjusted returns fell into the bottom quartile of their peers, they would be judged ‘prima facie’ underperforming.

These funds would then be given the right to argue their case before the financial regulator APRA.

But if their appeal is unsuccessful, they would lose their default MySuper fund status.

“ASFA’s proposed ‘Lifting the Bar’ assessment would achieve the same objective [as the government’s reforms] – to target high fees and costs and chronic investment underperformance – without creating the distortion of the need to track to the APRA benchmark,” ASFA CEO Dr Martin Fahy said.

However, Grattan’s Mr Coates told The New Daily the first stage of the test would be so easy to pass, the review would fail to eliminate under-performers.

“The 130 basis point measure they are suggesting is way too high,” he said.

It would mean that a fund choosing just to follow an index could charge fees of 130 basis points when the real cost for the fund should be five or 10 basis points.

“It could charge the same in fees as an active infrastructure investment fund, which is far more expensive to run than an index fund.”

The low bar would create incentives to increase fees unnecessarily, he said, and may prove unworkable because of its complexity.

“It is expected to set fund return and risk mixes and that could end up in the courts,” Mr Coates said.

“The courts are unlikely to choose to put businesses out of business and it could be seen as ‘rough justice’.

“The government’s plan could be seen as rough justice also, but at least it is a very clear test with little scope for underlying hard issues.”

“If we are going to deal with the long tail of chronic underperformers, we need a clear objective test,” he said.

“ASFA’s test is far too subjective and would likely lead to people’s money being spent on endless appeals as dud funds attempt to cling to survival.”

Industry Super Australia CEO Bernie Dean also saw ASFA’s proposals as too complex and not focused enough on the bottom line, as its initial focus is only on fees.

“The only measure that matters for workers’ retirement savings is the net returns to members accounts – that’s investment returns minus all fees and charges,” Mr Dean said.

Our focus is on ensuring that any performance benchmark is based on what members get into their accounts – minus all fees and charges.”

Combined Pensioners and Superannuants Association policy co-ordinator Paul Versteege said the government’s plan and ASFA’s policy proposal were both wide of the mark, as the former missed out administration fees (which make up about 30 per cent of overall fund expenses) and the latter only focused on costs.

“What’s important is measurement. The best benchmark should look at returns [after] fees and charges,” Mr Versteege said.

Leaving out administration costs as the government proposes “will interfere with return measures as consumers need to know the whole picture”.

And unlike the government’s plan, which will cover simpler choice funds in two years’ time, ASFA’s measures would apply only to default MySuper funds.