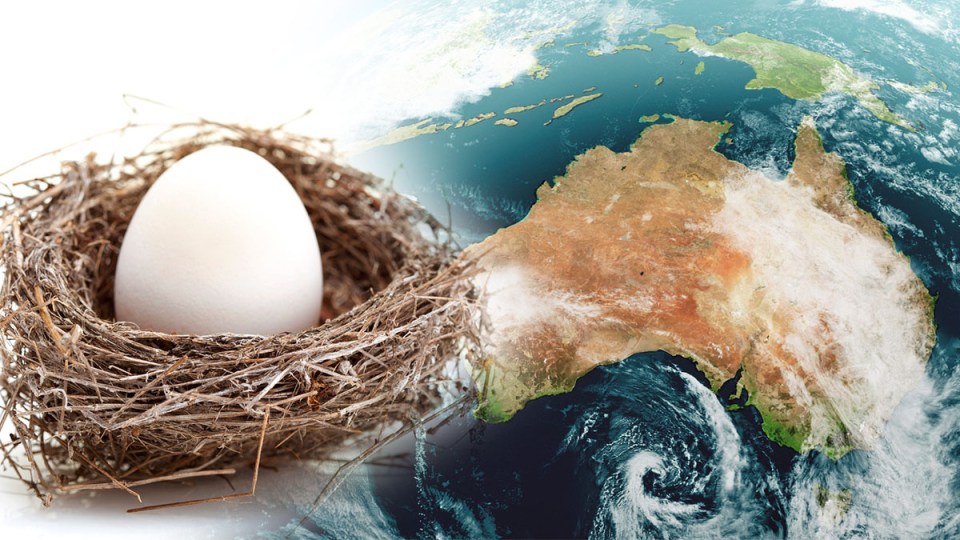 Australia's retirement system still ranks among the world's best, but could fall backwards over the next five to 10 years. Photo: TND

Australia’s retirement income system still ranks among the world’s best despite concerns the early super access scheme has damaged its integrity, according to a new global review.

The Mercer CFA Institute Global Pension Index compared the retirement systems of 39 countries around the world and ranked the Netherlands and Denmark in first and second place respectively.

Australia ranked fourth after being pushed off the podium by index newcomer Israel. 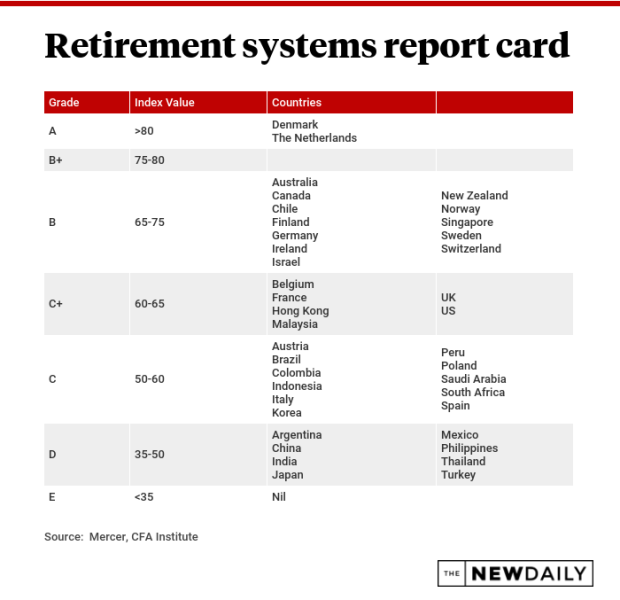 The report also noted that Australia was one of a select few countries that allowed income-hit super fund members to voluntarily withdraw money from their retirement savings.

Dr Knox said Australia could have slightly improved its rank by including superannuation contributions in the JobKeeper legislation, similar to that included in the Netherlands’ equivalent scheme.

But he said the full effects of the pandemic might not be felt on the superannuation system in Australia and elsewhere for years to come.

“Of course in Australia and other countries, we’ve had the early release of some benefits, so if you’re taking money out now, it’s clearly not there for retirement,” Dr Knox said.

“But the other impact that’s long term is we’ve seen global government debt increasing – for good reason, to support industries and individuals – but that will place pressure on government budgets in the years to come.

“That may mean the available funds for spending on the aged – whether it be the aged pension, or health, or aged card – may be affected in five to 10 years’ time.”

Dr Knox said Australia could fall further behind in future years if the government succumbed to backbencher pressure to delay increasing the superannuation guarantee (SG) to 12.5 per cent by 2025.

That’s because the index draws upon the OECD’s ‘net replacement rate’ and has been modelled on currently legislated rate rises.

The replacement rate is the percentage of a worker’s pre-retirement income that is paid out by a pension program upon retirement.

“That could definitely have a negative impact,” Dr Knox said of a potential delay in the SG hike.

The index also recommended a number of changes to help governments reduce the impact of the recession on older populations and improve retirement outcomes.

Among other things, the report recommended:

Dr Knox said although it’s “inevitable” some will have to work longer to retire comfortably, releasing and responding to findings of the retirement income review could chart a clearer path for the retirement system.

“A few of our proposed measures feed into [the review’s] deliberations, but we haven’t got that yet,” Dr Knox said.

“I think we should have an income focus in our retirement system – we’re very good at accumulating dollars and clearly what people want in retirement is regular income, but we’re not very good at that yet.”