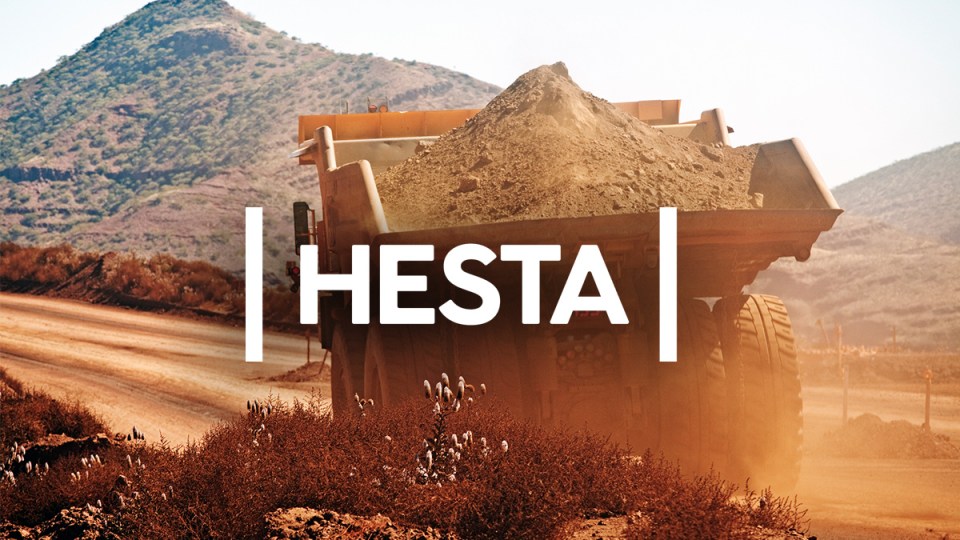 HESTA is on the case to make sure miners protect heritage sites. Photo: The New Daily

Superannuation fund HESTA has upped the ante over mining in Indigenous heritage sites by sending a new code of conduct to 14 big mining companies.

The move comes after Rio Tinto blew up a 46,000-year-old culturally significant Pilbara heritage site, Juukan Gorge, in May against the will of traditional owners, the Puutu Kunti Kurrama and Pinikura people.

The resulting outcry led to a Parliamentary inquiry and the stripping of bonuses for Rio executives, including a $4.9 million cut from CEO Jean-Sebastien Jacques.

HESTA told the 14 mining companies, in which it owns more than $30 million worth of shares, what they needed to do to retain the $52 billion fund as an investor.

Rio is not on the list, because HESTA has already engaged it on the issue. 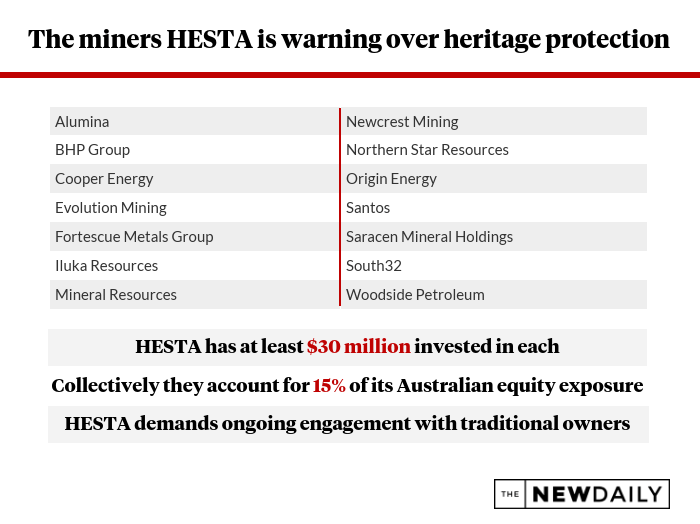 “Our total investment in these 14 companies is over $1.8 billion. They’re a very significant part of our Australian equity portfolio – about 15 per cent,” HESTA CEO Debby Blakey said.

The super fund wants to be sure the miners walk the talk on heritage protection.

“We really want to understand that their public statements are aligned with their actions, Ms Blakey said.

“Events with Rio are really a wake-up call.

“It’s about a social licence to operate and how important that is.

“We want to focus on solutions, to use this opportunity to draw a line in the sand and be very clear with the companies we invest in about what our expectations are for the future.”

Although at this stage HESTA is not threatening divestment, it raised the prospect of using its voting rights at annual general meetings.

“We are committed to engaging with companies to understand how they are managing these issues, and we will consider using our voting rights where we identify the need for improved practices and disclosure,” Ms Blakey said.

Rio’s destruction of Juukan Gorge was legal, but a company review said it fell well short of internal standards.

John Southalan, adjunct law professor at the University of Western Australia, said it showed state legislation was not fit for purpose.

“The Aboriginal Heritage Act was introduced in 1972 before native title and land rights,” Professor Southalan said.

Under the act, miners can apply for permission to damage heritage sites.

“Notionally all heritage sites are protected, but it has a history that shows something else,” Professor Southalan said.

“Throughout its life, there have been six prosecutions for damaging sites and around 3000 applications to damage sites, of which more than 1000 have been granted.

It’s been used as a process for damaging heritage sites.”

Although the act allows miners the right of appeal to the Administrative Appeals Tribunal if their applications are rejected, “there is no right of appeal for Indigenous groups”, he said.

“Under this act decisions can be made with ministerial discretion,” Professor Southalan said.

“For non-Indigenous heritage protections similar decisions would have to be made by two houses of Parliament.”

Ms Blakey said the Rio case, where consent was gained from traditional owners in 2014 but withdrawn by the time Juukan was blown up, showed that constant engagement was necessary.

“Societal expectations can and do change,” she said.

“It’s the responsibility of boards to have oversight on how companies are monitoring that. If you don’t actively monitor those shifting societal expectations and ensure that decisions remain appropriate there is a risk.

“Companies engaging with Indigenous communities on how their operations may affect heritage should anchor discussions to the principle that Indigenous people own and determine the value of their tangible and intangible heritage,” HESTA’s statement on the issue said.

“Further, that they control that heritage and determine who has access to it, according to the right of free, prior and informed consent.

“These principles of engagement should apply whatever the formal legal rights of the companies,” the statement added.

Although Rio had hoped to develop a sustainable relationship with local communities, the company’s review into the Juukan Gorge destruction admitted a significant breakdown in that relationship from 2014 once they gained approval, Ms Blakey said.

“Mining requires an enormous amount of capital that is invested over the long term, so companies need to make sure to minimise that risk by continuing to keep close to the community and having that very beneficial relationship over the long term.”