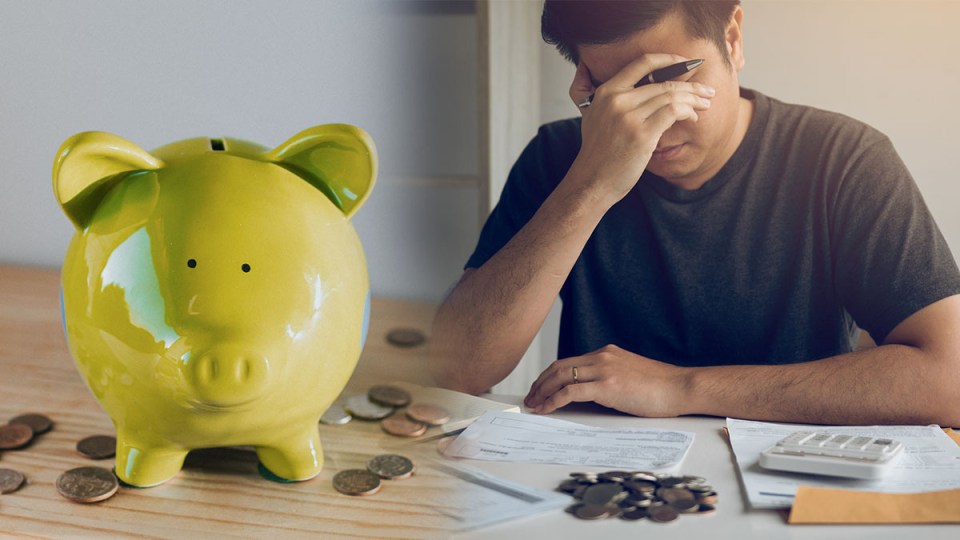 Young people are making the most withdrawals under the early super access scheme. Photo: TND

Young Australians comprise the majority of people making early withdrawals from their superannuation, as the COVID-19 crisis sweeps through the economy.

Treasury figures show that half of all claims under the scheme are being made by people aged under 35 – and where balances are available, young people are taking out big licks that could account for most, if not all, of their super. 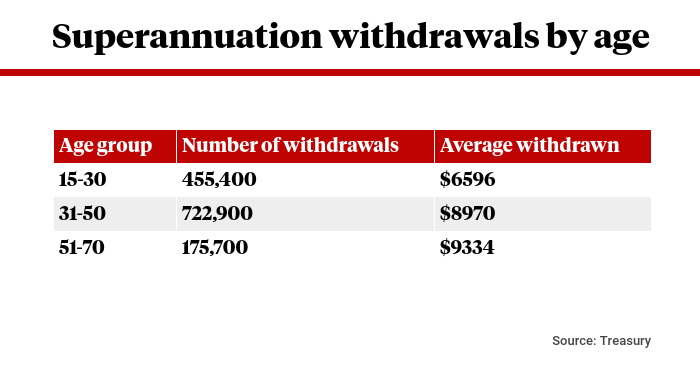 “People in that age group are unlikely to have other money outside super to fall back on, so they are taking super,” said Alex Dunnin, executive director of research and compliance at super consultancy Rainmaker.

“I hope they will put it back later, but I think they probably won’t.

“If you look at the withdrawals, it makes up for 8 per cent of all the money held in super by people under 25.

“That is a lot more as a percentage of super savings than for older cohorts.

People aged in their late 20s to early 30s are claiming early COVID access to super at more than three times the rate of people in their 50s.”

Of that younger group, 9 per cent are making super withdrawals, while only 3 per cent of people in their 50s are taking out money.

The withdrawals of younger people also represent a far higher percentage of their total super wealth than older people’s withdrawals.

“People aged under 35 own just 8 per of all super but are receiving 46 per cent of all early withdrawal payments,” Mr Dunnin said.

“I always thought that would be the case,” Ms Hutley told The New Daily.

“The youth unemployment rate is two and a half times the adult rate and young people have less savings and are more likely to be mortgaged to the eyeballs.” 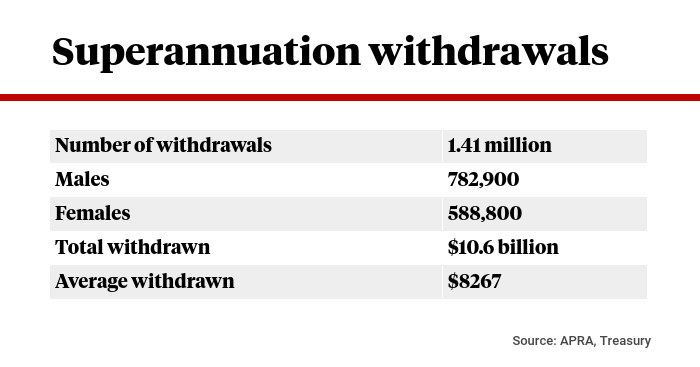 According to publicly available figures from financial regulator APRA, 1.41 million people have so far made withdrawals totalling $10.6 billion.

Those figures are well below the total allowable withdrawal of $10,000 in the current financial year.

A further $10,000 is allowed to be withdrawn in the next financial year, but, as the chart below demonstrates, there are signs the withdrawals have slowed.

“Some of the funds are saying that the withdrawal rate has fallen dramatically,” Mr Dunnin said.

While the average withdrawal has been under $10,000, Shadow Assistant Treasurer Stephen Jones said the figures masked a difficult reality for many people.

“More than 50 per cent of applicants for the scheme withdrew the maximum possible, suggesting where the maximum amount was not taken it is likely that they were only limited by not having $10,000 in their super account,” Mr Jones told The New Daily.

It is alarming that the Liberals’ robo-release early access super scheme has seen so many Australians resorting to accessing their retirement savings, instead of receiving timely government support.

“With 450,000 people under 30 forced to draw down on their super, young people continue to bear the brunt of this crisis.”

Insecurity for the young

The challenges faced by younger people in the labour market partly account for their high levels of withdrawals, according to Melissa Birks, advocacy chief at the Australian Institute of Superannuation Trustees.

“The high numbers of under-35s applying for early release reflects the fact that many young people work in less-secure jobs and in industries like retail and hospitality which were hard hit by the COVID lockdown,” Ms Birks said.

“We’ve encouraged members – especially younger members – to look at other support available and think carefully about tapping into their super, because it does come with a hefty price tag on your final retirement balance,” he said.

“This is not a cause for celebration – it’s a tragedy waiting to happen,” Mr Dean said.

“[Particularly young people] are going to have less savings later on and be more reliant on the pension – and we know that it’ll be everyone that will pay for that through higher taxes.”

Ms Hutley added that although not all withdrawals had been to the full amount, this did not necessarily mean there would not be a move to more withdrawals from July.

“People might be saying I only need $5000 now but I’ll wait and see what happens later on.”