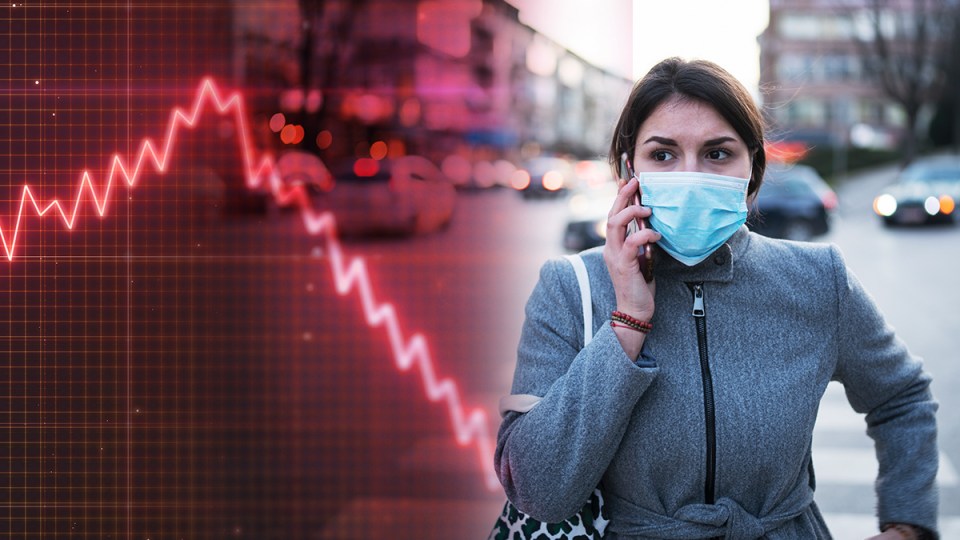 Emma Dawson writes that dipping into super early should be a last resort – especially for Australian women. Photo: TND
analysis

As Shadow Treasurer Jim Chalmers told viewers of an online discussion I hosted for Australia at Home on Wednesday, during a crisis “the expectation of the political system from the community is a bit higher in terms of seeing where we can work together and find common ground”.

Still, after weeks of admirable restraint, the federal Opposition is clearly starting to flex its muscles in preparation for the policy fights to come.

As Labor leader Anthony Albanese told Patricia Karvelas later that same day, “one of the things that concerns me [is that] once we get through this crisis, it’s back to the old agenda, out of the bottom drawer. The old right-wing agenda”.

Dr Chalmers expressed the same concern during our conversation, saying “we don’t want to see this crisis be an excuse for the government to just dust off all their old ideological obsessions”, and citing early access to superannuation as an example of regulatory changes driven more by ideology than pragmatism.

The move to let people access up to $20,000 of their superannuation if they lose their jobs or income and have no other avenue of support is, on the face of it, reasonable: It’s our money, after all, and we should be able to get our hands on it in times of financial crisis.

Yet while many people will be tempted to dip into their super rather than apply for JobSeeker through the tortured process of dealing with Centrelink, it should be a last resort – especially for women, as cautioned by Women’s Legal Service Victoria earlier this month.

The government’s move to allow early access to super is certain to have a greater impact on women’s savings than on men’s.

Based on current average balances, if they choose to withdraw the maximum $20,000 from their super, women’s savings will be reduced by roughly 50 per cent more than men’s, resulting in even greater inequalities in retirement nest eggs due to the multiplier effect of the loss of compound interest.

Given that the average superannuation balance for a woman in her early 40s is just under $62,000, withdrawing the maximum amount and reducing that balance by almost a third effectively negates the benefits of compound interest gained by that woman through the system so far.

The Coalition government has form when it comes to encouraging people to raid their super rather than providing direct support to those in need.

In November 2018, it announced an extension of early access to superannuation for victim survivors of family violence as part of its Women’s Economic Security Statement.

Domestic violence experts at the time criticised the measure, saying that not only did it indicate a move towards “absolving the Australian government from its responsibility to provide support for … people at risk of family violence”, but that it would “… have a negative impact on …women’s ability to be financially secure later in life”.

Women are already poorly served by our superannuation system, retiring with about 47 per cent less super than men.

The system was designed in the early 1990s around the ‘male breadwinner’ model of reliable, full-time employment, with the assumption that the benefits of superannuation would flow to women through their male partners.

In the intervening years, many more women have entered the paid labour force, but their much higher levels of part-time and casual work and frequent career interruptions, caused by a disproportionate burden of unpaid work and care, mean that superannuation savings, which increase in direct proportion to pay, have not benefitted them as originally hoped.

As a result, 24.2 per cent more Australian women than men are in receipt of the age pension, and more than twice as many single women rely on either the full or part pension than do single men.

Three in five single women over 65 – more than half a million – rely on the full age pension as their sole source of income, and more than half of them live in permanent income poverty.

By encouraging early access to superannuation during this global crisis, we are asking people, especially women, to trade off their income now against their financial security in older age, when they will be unable to earn or save any more.

While it may seem like a good idea now to draw on your savings rather than seek other forms of support, it’s a solution that essentially just kicks the can down the road, and will result in even greater inequality between men and women in retirement.

As the Shadow Treasurer said, “… the idea that a self-respecting, first-world, first-rate country like ours would be churning out these kinds of outcomes in super – it should be abhorrent to us”.

The women who are teaching and caring for our kids, looking after our elderly relatives, nursing the sick and stacking the shelves at our supermarkets while we struggle through this crisis deserve far better than to live out their old age in penury in one of the wealthiest nations on Earth.

Emma Dawson is executive director of public policy think tank Per Capita, and the co-author of Measure for Measure: Gender Equality in Australia.

Why women lose out in early super access scheme