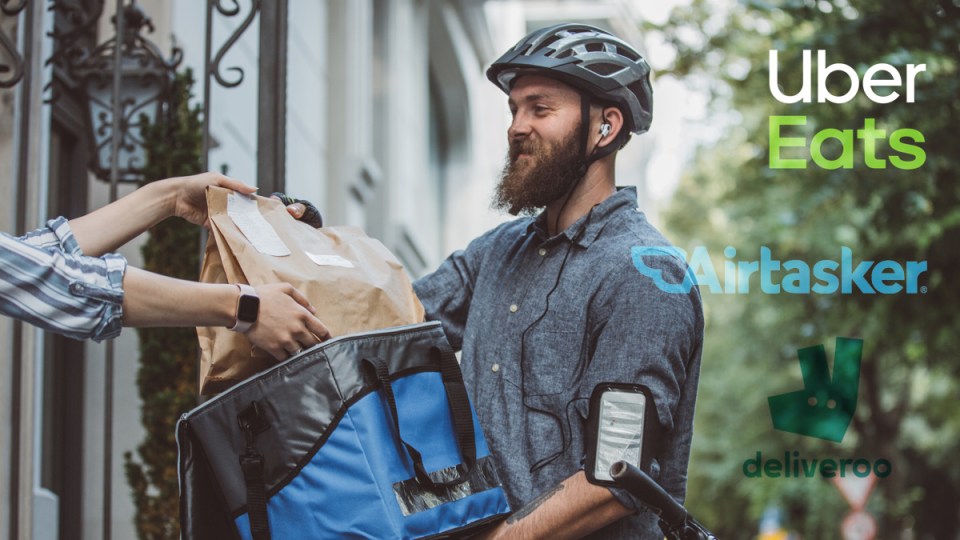 The massive rise of insecure work is threatening the retirement incomes system and risks making workers reliant on the age pension, new research has found.

“More people risk falling outside superannuation guarantee as the gig economy expands,” said Nathan Bonarius, the author of a submission from the Actuaries Institute to the federal government’s Retirement Income Review.

“There are a lot of people in the gig economy who are technically self employed who don’t get the superannuation guarantee and don’t have to make contributions,” Mr Bonarius said.

Gig economy jobs are defined as short term or freelance, typically organised through apps or computers.

Although figures on the growth of the gig world are hard to find, the number of ABNs (issued by the Australian Taxation Office) necessary to undertake this work has exploded. 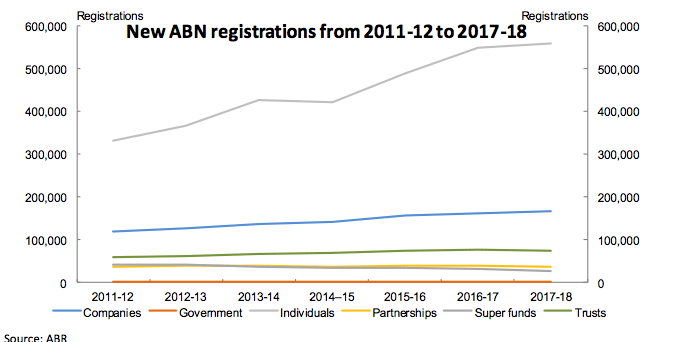 ABN registrations almost doubled between 2012 and 2018 while the numbers of other types of business registrations were almost flat, the survey found.

The explosion in gig work is bad news for retirement incomes.

“If you are not contributing, then you get to retirement without super and you have to rely on the age pension,” Mr Bonarius said.

“As years go by, that has the potential to undermine the retirement incomes system.”

Current projections, based on a growing number of workers with super, would see our dependence on the age pension decline as super balances grow.

But the rise of insecure work could reverse that trend and potentially make the system unsustainable.

The gig economy, and other types of insecure or casual work, is swelling the ranks of workers missing out on entitlements like super, holiday pay and sick pay, according to Dr Jim Stanford, director of the Centre for Future Work at the Australia Institute.

“Now more than half the employed people in Australia are in insecure work,” he said.

“It’s a growing problem and it requires urgent attention from policy makers to prevent employers using it as a giant loophole [to avoid workplace entitlements].”

The research for the Victorian government found that the five most common digital platforms used by gig workers are: Airtasker (34.8 per cent of platform workers), Uber (22.7 per cent), Freelancer (11.8 per cent), Uber Eats (10.8 per cent) and Deliveroo (8.2 per cent).

Mr Bonarius said the problem must be tackled as a matter of urgency.

“People need to get super,” he said.

“You could force companies like Uber to pay super or force gig workers to make contributions.

“You could also provide a bigger tax incentive to encourage those workers to make voluntary contributions.”

Super members cut their own pensions

The report found that a woman retiring at 66 with $200,000 in a standard balanced fund would see a continued rise in income through retirement using an annuity-style product as part of her asset mix.

If the balance was simply left in an allocated pension after retirement, annual income would fluctuate around $10,000 per year then fall away.

“By choosing to stay in an allocated pension, the income through retirement would be between 15 per cent and 30 per cent lower than using a pooled longevity product,” Mr Bonarius said. 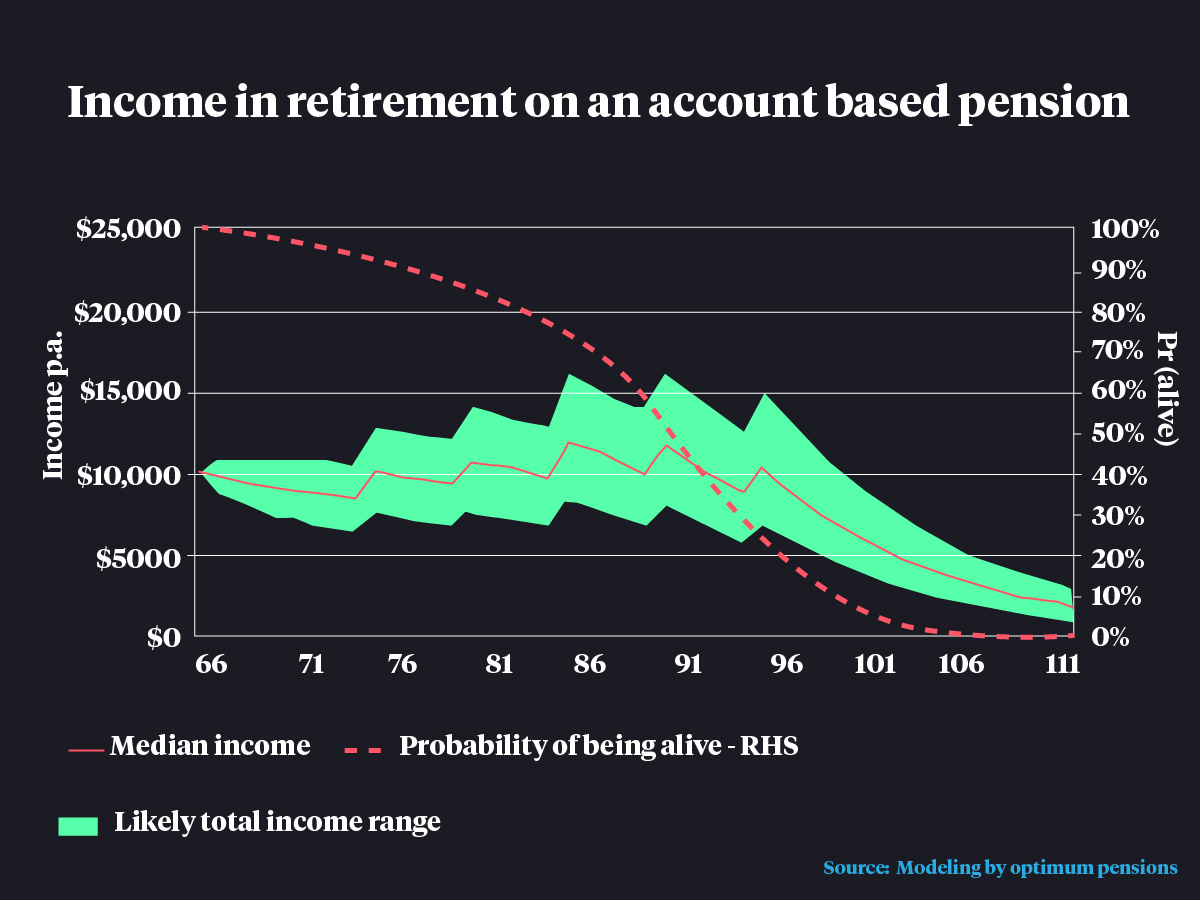 A pooled longevity product insures members against running out of super by pooling with a group of similar members and making regular income payments.

Allocated pensions often pay out less because they pay the minimum income demanded by law with members “not having the confidence to spend more of their super,” Mr Bonarius said. 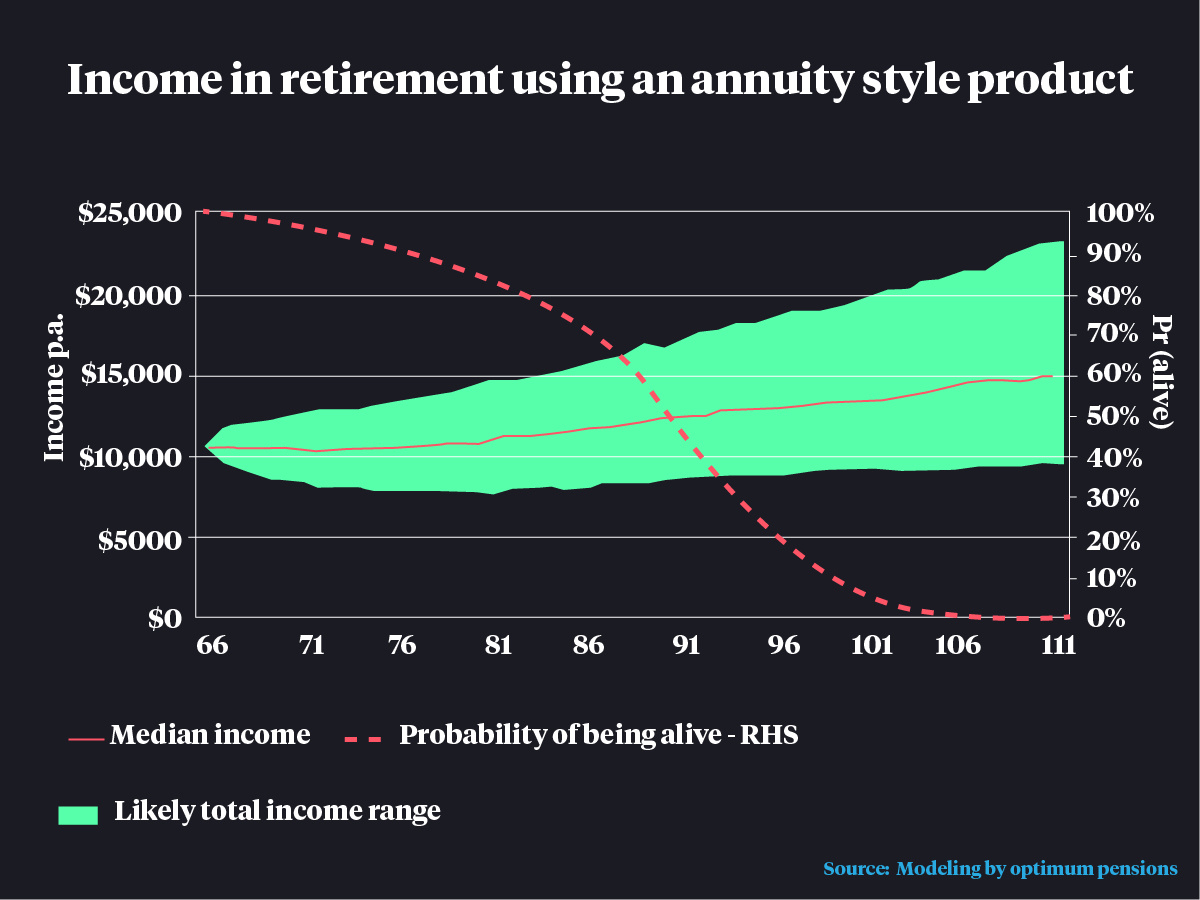 However, the downside for families is that pooled longevity products don’t pay out to beneficiaries after the member dies.

“They aim for retirement income, not paying out to beneficiaries on death,” Mr Bonarius said.

However, he added that choosing a longevity pooled product would not mean that spouses would not be paid on the death of a member as they would be entitled to a revisionary benefit.