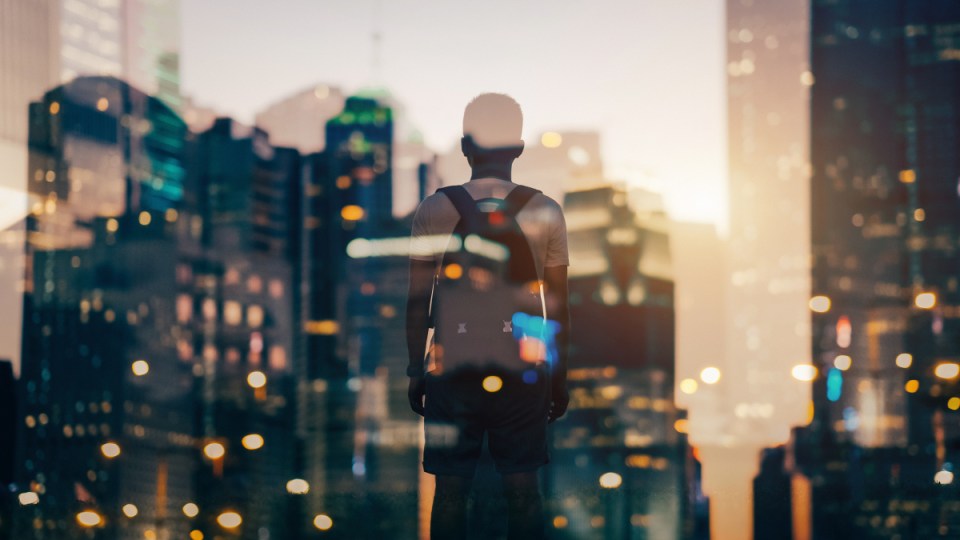 Choosing the right super fund will affect the rest of your life. Photo: Getty

Choosing the right superannuation option is a very personal affair that should be made with lots of thought and some professional input as it affects your whole life.

Some of the issues involved include being able to sleep at night, how old you are, and how much you have in your super fund.

But it is also a decision that can have changing implications over time and being too conservative can be as bad for your financial future as being too aggressive.

This is because the relative price of conservatism changes with the markets.

To get back to basics on super investment, conservative funds invest only between 21 and 40 per cent of balances in growth assets like shares and property, with the rest being in cash, bonds and the like.

Growth or balanced funds where most Australians have their accounts have between 61 and 80 per cent growth exposure, while all growth funds are nearly 100 per cent market-exposed.

Here’s what to look for

For the standard growth or balanced fund, the return expectation is inflation plus 3.5 per cent.

Strong share and property markets in recent years have changed the relativities between the different fund types.

Over 10 and 15 years, conservative funds returned almost half as much as high-growth funds.

However, over both the one-year and three-year period leading to December, high-growth fund returns ballooned and were more than double those of their conservative cousins. 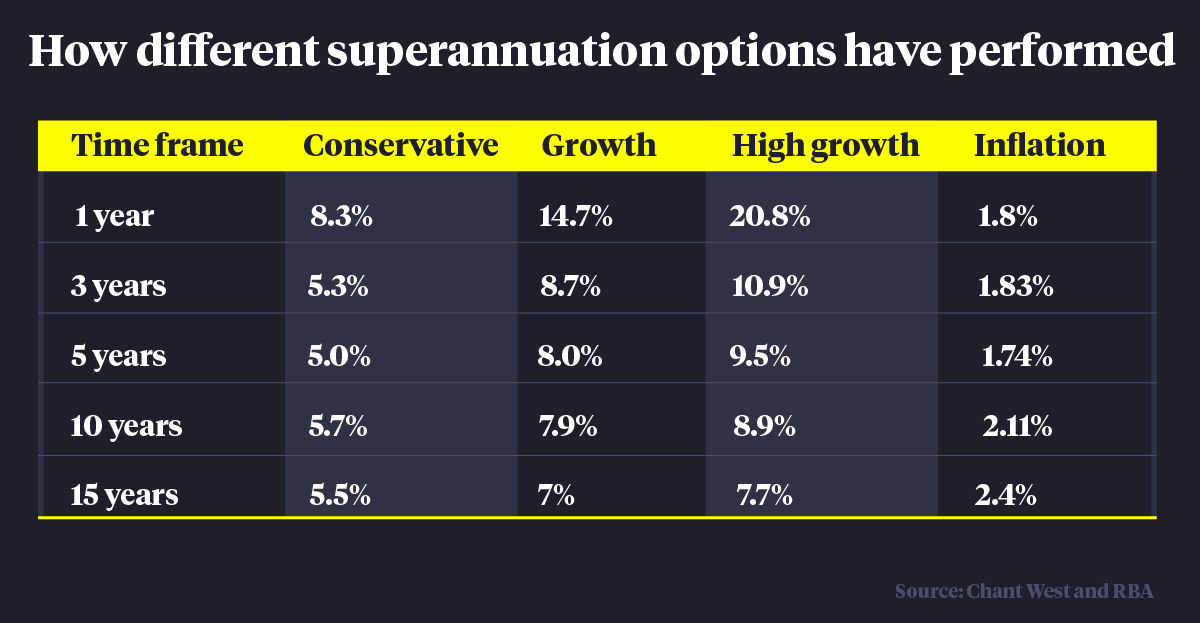 That means the advantage of owning funds with growth exposure was enhanced, leaving some in conservative funds questioning their decision to be there.

It is worth noting, though, that all fund types achieved better than their targets relative to inflation cited by Mr Mohankumar.

Don’t be a wuss

Although your risk appetite is a factor to consider before making investment choices, you should think hard before you sacrifice growth for comfort.

“If you’re just starting out, in mid-career or even if you have many years in the workforce, don’t be too preoccupied with timing the market,” said Stephen Anthony, chief economist with Industry Super Australia.

“You will probably be well served giving your money to someone who runs a good diversified portfolio and let the magic of compound interest do its work.”

The level of returns your fund makes will affect your retirement package big time as this chart shows.

So settling for a conservative option that’s less exposed to market fluctuations may give you less worry now but greater stress in retirement.

And even if you are approaching retirement, a conservative option may not be the right thing for you.

“You could be retired for 30 years, so returns remain important,” said Dante De Gori, CEO of the Financial Planning Association.

Take it all in

It is important to think of the whole picture when you decide on a super fund asset allocation.

“Don’t do it in isolation. Look at the whole picture, including your holdings outside super,” Mr De Gori said.

“If you have cash or property outside super, maybe you don’t need to be too conservative in your super fund.”

Choosing the right fund as well as the right investment option is also important.

The chart below shows the top 10 standard growth performers over 10 years, which are also among the largest funds in the market. 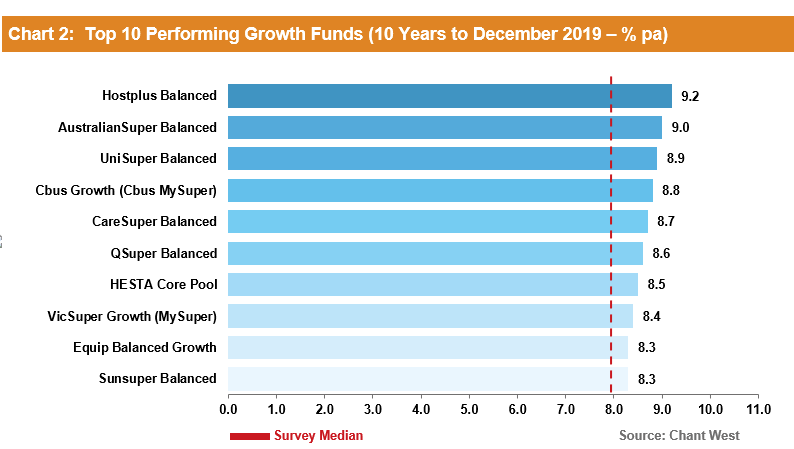 The size of these funds mean they are readily available as investment vehicles.

And even if they get big capital inflows, as many did following the scandals exposed in the Hayne royal commission, their performance is not affected.

Choosing a high performer in the standard balanced sector can deliver performance equal to the average for high-growth funds.

So doing that could be a way to earn better returns while avoiding the fluctuations and worry of funds with 100 per cent market exposure.

That sort of strategy is especially valuable at a time when asset prices have been pushed up by years of cheap money and markets are vulnerable to any upward move in interest rates, Mr Anthony said.