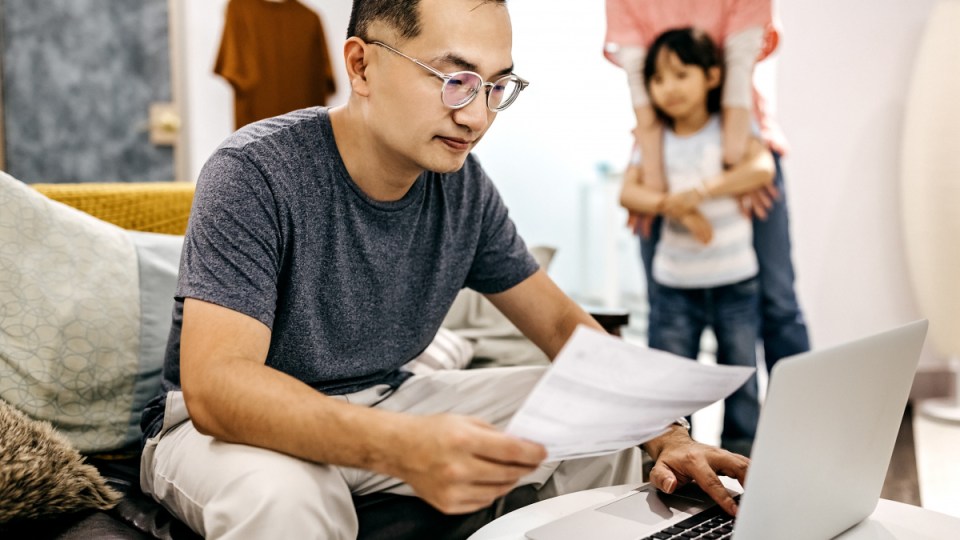 Superannuation fees are rising as a result of regulatory change. Photo: Getty

Superannuation fees are likely to rise across the board following the introduction of the Protecting Your Super reforms from October, but research group Chant West says larger funds may be able to cut fees over time.

Australia’s largest super fund, the $172.4 billion AustralianSuper, has raised its administration fees by up to 0.04 per cent in a move that will see its annual fee move to $437 for a $50,000 balance.

The increase follows a 50c per week  rise for members of building industry fund Cbus that will see fixed annual costs rise from $78 to $104 for a member with $50,000 invested.

“There will need to be some adjustments to account for Protecting Your Super [PYS] and we will see an average increase in fees,” Chant West research chief Ian Fryer said.

PYS has limited the fees that can be charged on balances below $6000 to 3 per cent, whereas previously those low balances were often hit with flat charges that were far higher on a percentage basis.

The legislation also demands that inactive super accounts valued below $6000 be hoovered up and sent to the Australian Taxation Office for safe keeping.

That meant that multiple accounts each being charged fees became a thing of the past.

“The funds have lost revenue through both the the 3 per cent cap on fees for low balances and the moves to consolidate inactive accounts,” Mr Fryer said.

“It’s a clear sign of a system built on complacency and inertia, where the country’s largest super fund’s solution to a fee cap on low-balance accounts is to slug all other members with a new percentage-based fee, which comes on top of the 50 per cent increase in their administration fee less than a year ago,” she told Nine Newspapers.

An AustralianSuper spokesman said the levy has been introduced so the fund can continue to cover administration costs and provide products and services for all members.

“AustralianSuper’s fees remain in the bottom quartile for all MySuper funds based on a $50,000 balance and in the lowest decile for higher account balances,” the spokesman said.

Fees have fallen in the past decade. 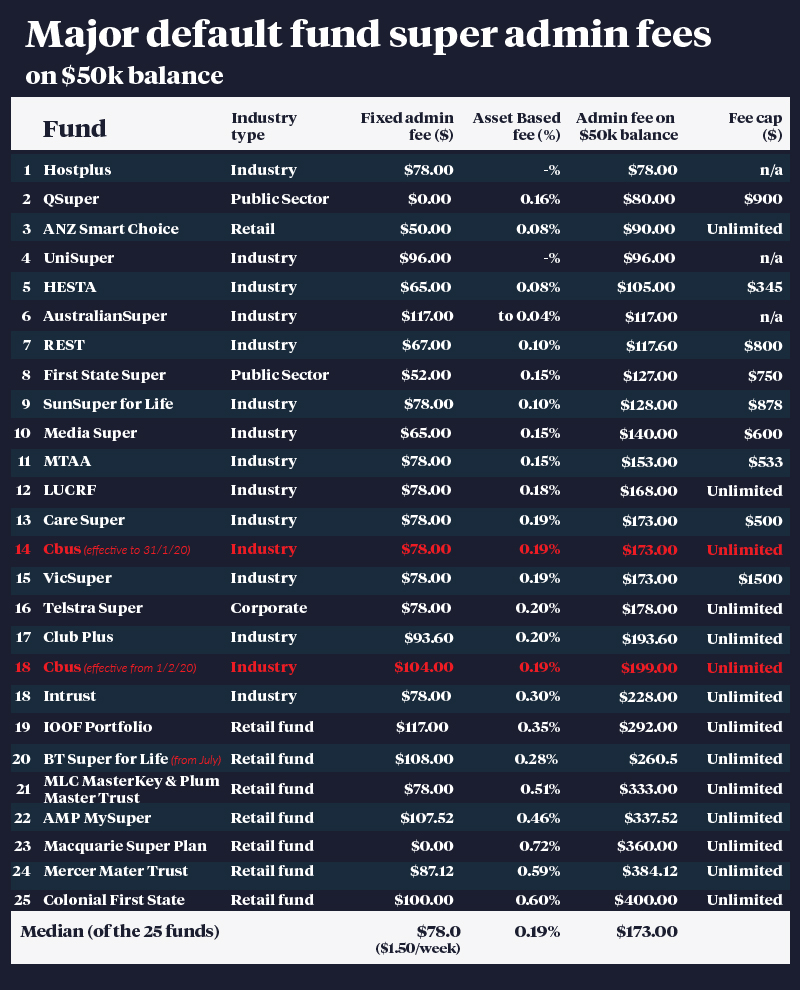 A number of other big funds have held fees flat or dropped them in recent years, with a Cbus spokesman saying before the latest 50c weekly increase it had not hiked its fees for 12 years.
Another big fund, HESTA, said in a statement it had not increased fees “for many years”.

Westpac’s BT has introduced cuts to fees on its super products.

Across the default MySuper sector, industry funds have seen investment fees rise 8.8 per cent since September 2015, while administration fees have risen 11 per cent in that time, as the table below shows. 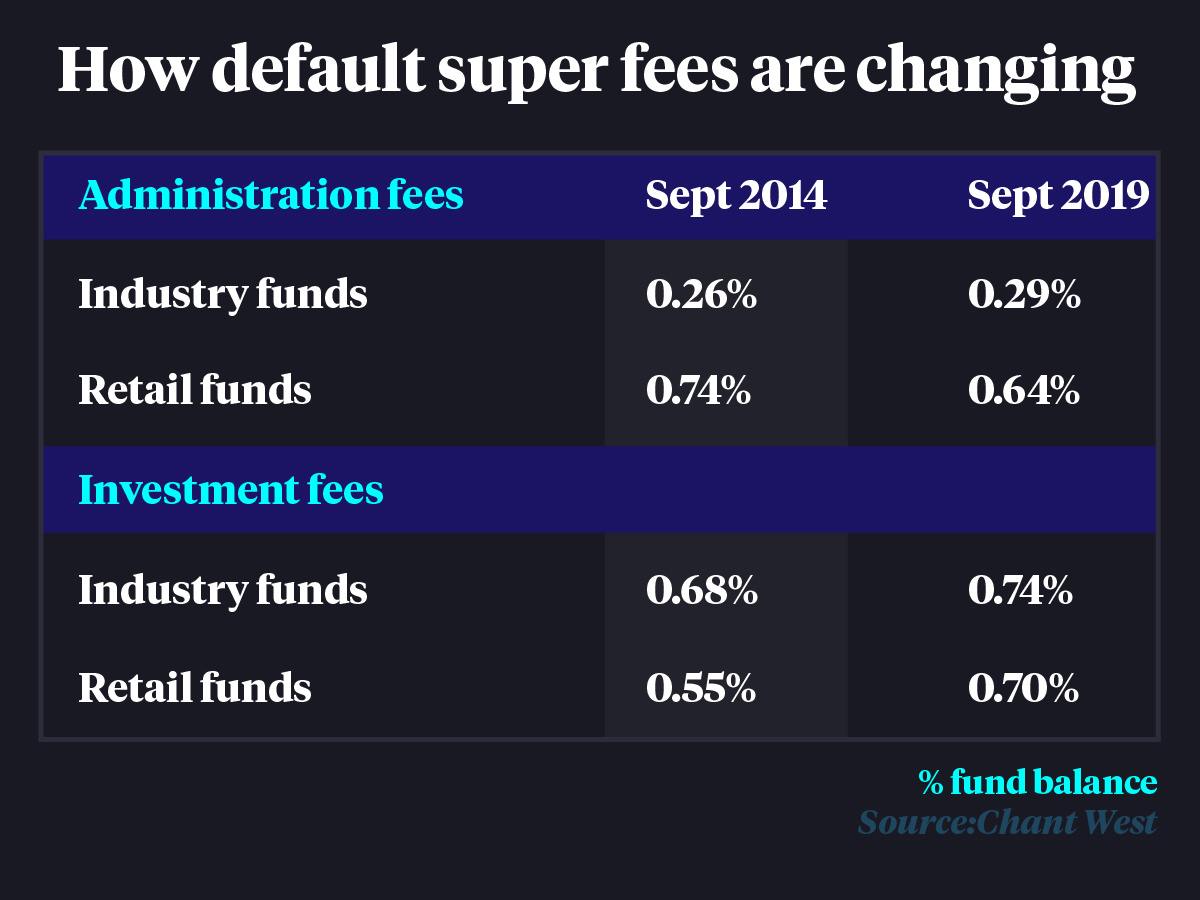 Retail funds have seen administration fees fall 14.4 per cent to an average of 0.64 per cent while investment fees have risen 27.2 per cent to 0.7 per cent of fund value.

The administration fees on retail funds tend to be higher due to their for-profit operating model.

However, retail funds have cut their administration fees recently due to their need to compete with industry funds.

Traditionally retail funds have had lower fees for investment management because they have traditionally invested in listed products like shares, bonds and property that have low transaction costs.

“Retail funds are moving in that direction and, as a result, their investment costs are rising.”