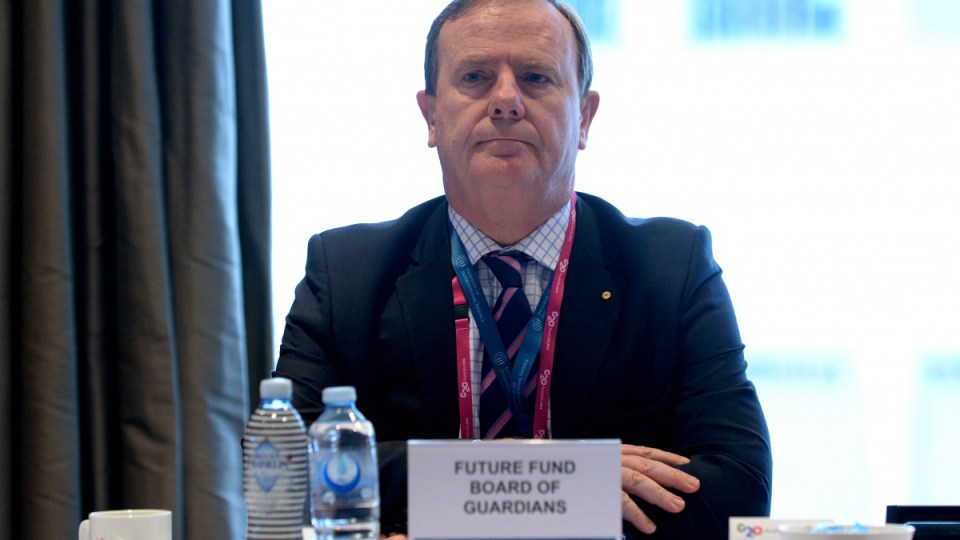 Australia’s super system is not a genuine market and many retirement products are “inefficient”, Future Fund chair Peter Costello said.

Mr Costello, who had ultimate responsibility for superannuation during his term as treasurer from 1996 to 2007, also reiterated his position that the Future Fund would invest super for ordinary Australians if the government allowed it.

Speaking as the Future Fund announced a stellar 14.3 per cent return for the year to December 2019, Mr Costello said the super system was “not really a market”.

It is driven by contributions legislation, which means by law 9.5 per cent of wages are taken out of people’s pay packets,’’ Mr Costello said.

“People don’t shop around, so there’s not a whole lot of competition [for contributions].”

The emphasis in the super system “has been on getting money in” and retirement products offered by funds “are not always efficient”, Mr Costello said.

By that he meant returns earned by money held in retirement accounts were often not as high as they should be, cutting retirement payments to members.

“I’ve never said the Future Fund wants to be a super fund itself, but if the government wants to set up a default [super] agency we could act as a wholesale funds manager,” he said.

The Future Fund manages $168.05 billion in liabilities for now – discontinued defined-benefit public service superannuation schemes, along with $44 billion in other government commitments.

Its 14.3 per cent return for the 2019 calendar year was slightly below the average of 14.7 per cent for balanced superannuation funds.

However the top 10 balanced super funds all returned more than 16 per cent for the year, researchers Chant West found.

Mr Costello said the strong returns had been earned despite the fact that its portfolio “looks conservative” and its performance had been helped by the fact that “2019 was a year of exceptional returns on the Australian stock exchange. Asset markets have been pumped up by monetary policy”.

The rises in global stockmarkets have pushed the Future Fund’s equity portfolio up to 36 per cent of overall investments, compared to 29.4 per cent in December 2018.

Despite the fact actual cash reserves grew – seemingly from the sale of some assets – overall cash accounted for 13.7 per cent of the portfolio in December, compared to 14.5 per cent a year earlier.

Despite the Future Fund’s history of strong returns since its inception in May 2006, Industry Super Australia (ISA) CEO Bernie Dean said there was no argument to extend its mandate to workers’ super.

“Workers don’t need the Future Fund – there are already many high-quality, high-performing super funds that perform as well, if not better than the Future Fund,” he said.

“In fact, ISA analysis shows that workers could be worse off at retirement if they were in the Future Fund rather than a top-performing industry super fund.

“The focus must be on removing dud funds from the system and connecting workers to a single high-quality, high-performing fund – not on radical, untested proposals that will see workers end up with less in their nest eggs.”

Mr Costello said the economy faced a number of challenges, including the deadly coronavirus.

“[The disease] could affect airports, airlines and general consumer spending at a time when we are suffering the burden of bushfires,” he said.

“It will affect the Australian economy, but I don’t know how long it will last.”

But another difficulty facing the economy comes from a global trend to cut interest rates.

Mr Costello said record-low interest rates worldwide were restricting the ability of governments to act on the economy.

“Cash rates are lower than at any time in Australian history and the Reserve Bank was cutting the cash rate last year,” he said.

“I think the period of effectiveness of monetary policy is coming to an end. If you cut another 25 or 50 basis points [from interest rates] it’s not going to have much effect on the real economy. But it will egg up asset prices, particularly property prices, which is not a good thing,” Mr Costello said.

Mr Costello said he would “hate to see” the results of a busted property boom.

“It would end badly – the Reserve Bank needs to be very, very careful,” Mr Costello said.

Neither ISA nor the Association of Superannuation Funds of Australia would comment on Mr Costello’s claims that the superannuation system was uncompetitive.