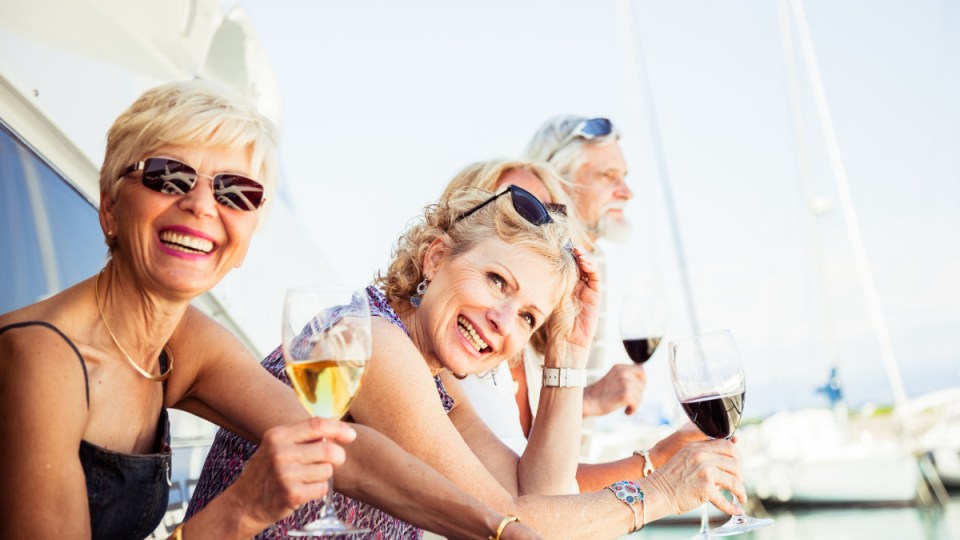 The super system is too weighted towards the rich. Photo: Getty

Over the next 40 years the gap is set to expand, making the system less equitable as it happens.

“In dollar terms, the gap between low- and high-earning individuals is projected to grow in the future at ages 40 and over,” Treasury found in its Model of Australian Retirement Incomes and Assets (MARIA) released on Friday.

Treasury further highlighted the inequity of the super system in its consultation paper for its Retirement Incomes Review last month. 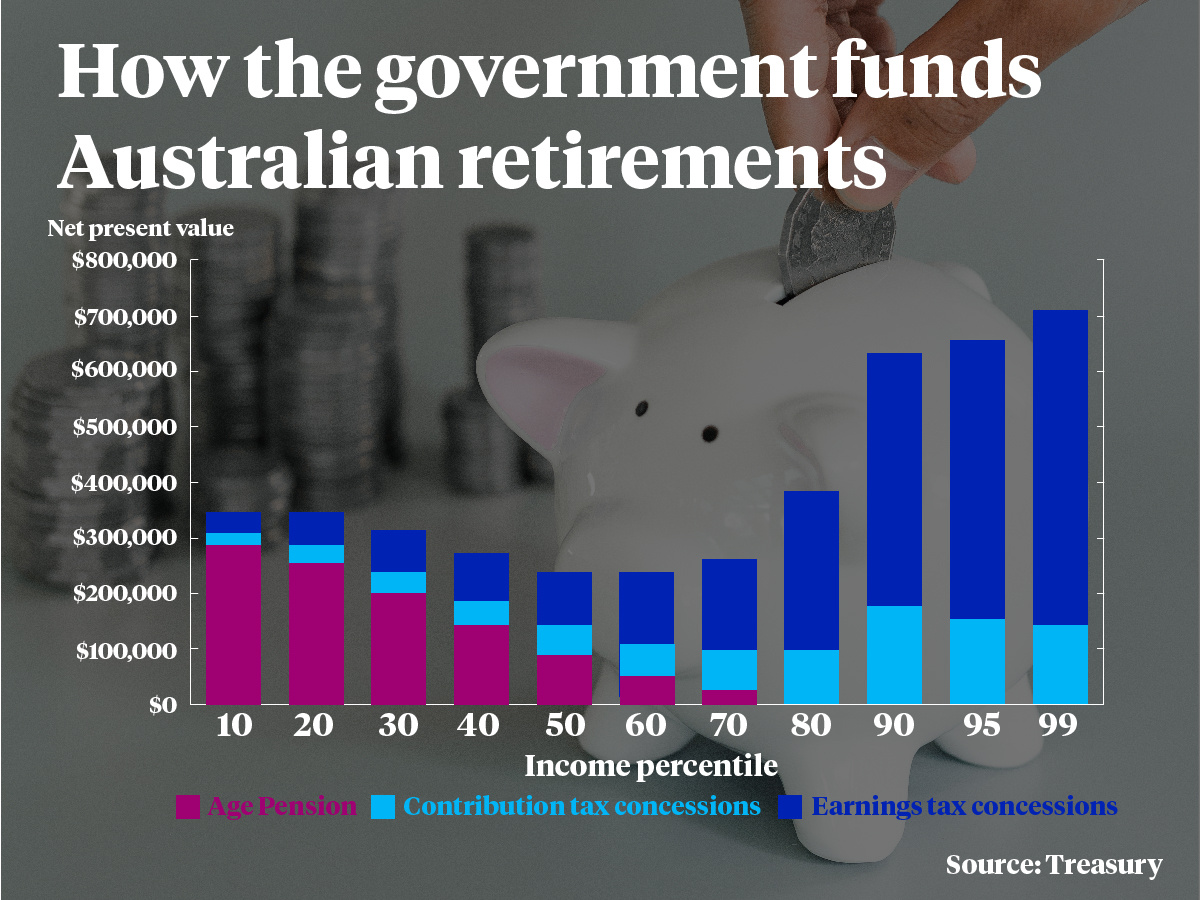 “The real challenge is in the earnings tax concession rather than contributions.”

That means that “people are using superannuation as a tax shelter”.

Those who can afford to put in the maximum non-concessional contributions can build up significant balances which only pay 15 per cent on their earnings rather than their marginal rate, which would be the case outside super,” Professor Hodgson said. 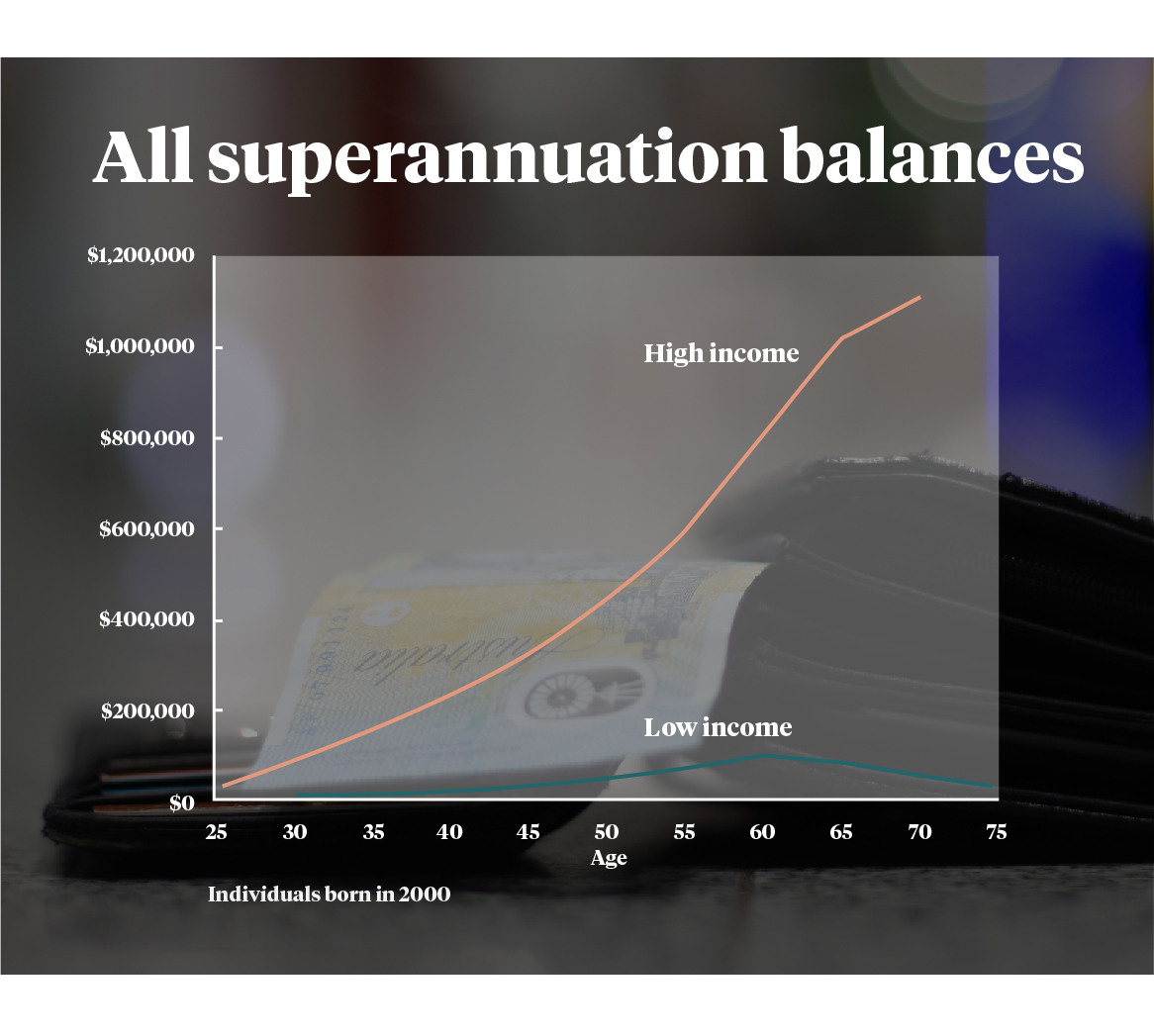 That in turn allows them to build even larger balances, which can be withdrawn without tax when they retire.

Brendan Coates, an economist with the Grattan Institute, said a number of changes need to be introduced to make the superannuation system more equitable.

These would reduce the amount of money wealthy people were able to stash in their super funds.

“Retirement earnings in the fund should be taxed from the first dollar rather than after $1.6 million, as is currently the case,” Mr Coates said.

Put together, those measures would significantly reduce the balances able to be built by wealthy people.

Together those measures would save $4 billion from the budget each year, which would be considerably more than the government’s 2017 changes yielded.

Currently superannuation tax concessions cost the government about $30 billion a year, he said. 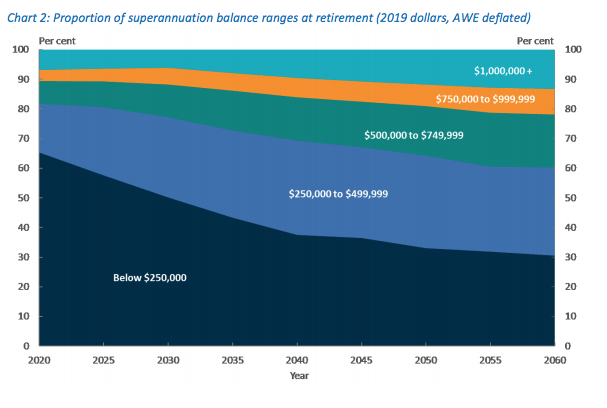 The chart above demonstrates that 65 per cent of people now retire with balances below $250,000, which is way below what funds a comfortable retirement, according to the Association of Superannuation Funds of Australia [ASFA].

While women will improve their situation in coming years, the gap will remain.

While our universal super system is successfully supporting millions of Australians to retire in dignity and helping to reduce the burden on the pension, we know it is still maturing and that there are many inequities that need to be fixed, said Bernie Dean, CEO of Industry Super Australia.

“The equity and efficiency of government supports, including tax concessions, need to be considered to ensure the supports are being appropriately targeted at those that need it the most – not the least,” Mr Dean said.

“So it is logical that these, along with other entrenched inequities, must be examined as part of the Retirement Income Review, otherwise we will continue to see women retire with around half the amount of super than men, and low-income earners retire with persistently low super balances, ” Mr Dean said.