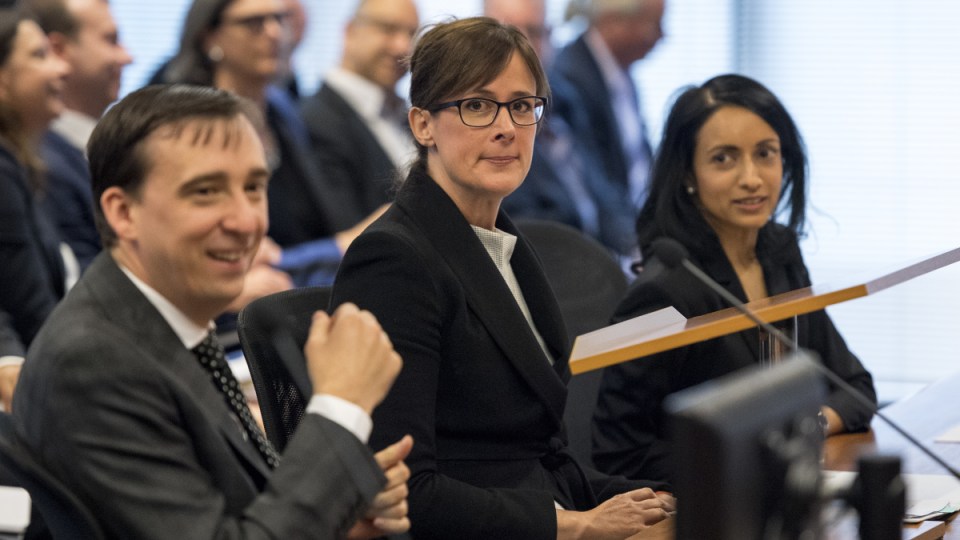 The bad press about for-profit retail superannuation funds from the Hayne banking royal commission may have cost the retail sector $31.5 billion for the year to September 30.

Figures produced by the Australian Prudential Regulation Authority [APRA] showed the not-for-profit sector was the main beneficiary as it received net increases in contributions of $28.12 billion compared to the previous year.

These days there is not a clear distinction between public sector funds and industry funds.

Many public sector funds take in contributions from allcomers and significant mergers are taking them away from their home base membership. However both are not-for-profit.

The fund movements appear to be driven by dissatisfaction with retail funds following revelations of dramatic misbehaviour during the royal commission by the major banks and the retail funds they own.

“The fund movements are broadly a result of the fallout from the royal commission, although not all retail funds experienced outflows,” said David Knox, partner with super consultancy Mercer Australia.

“While there had been significant fund withdrawals from some retail funds, they were unlikely to affect the ability of the funds to invest as they would like.” 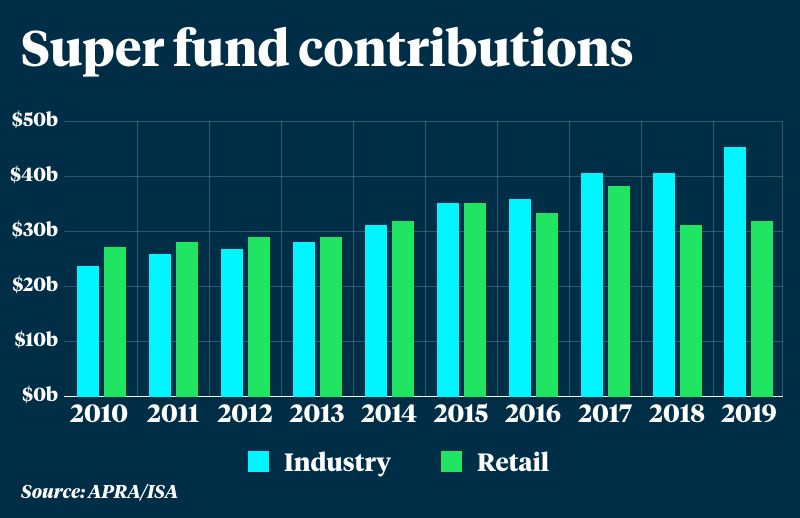 The history of superannuation contributions highlights the difference the royal commission has made to retail funds.

Till the financial scandals emerged, contributions to retail and industry funds were of roughly equal size.

But from 2018, when Commissioner Kenneth Hayne began his work, the gap in contributions widened.

The fund flows are also making themselves felt in the asset growth of the funds.

Not-for-profit super balances jumped by double figures in the year to September 30, 2019.

Retail funds barely moved at 0.66 per cent and self-managed super funds grew by only 2.3 per cent, according to the latest APRA figures. 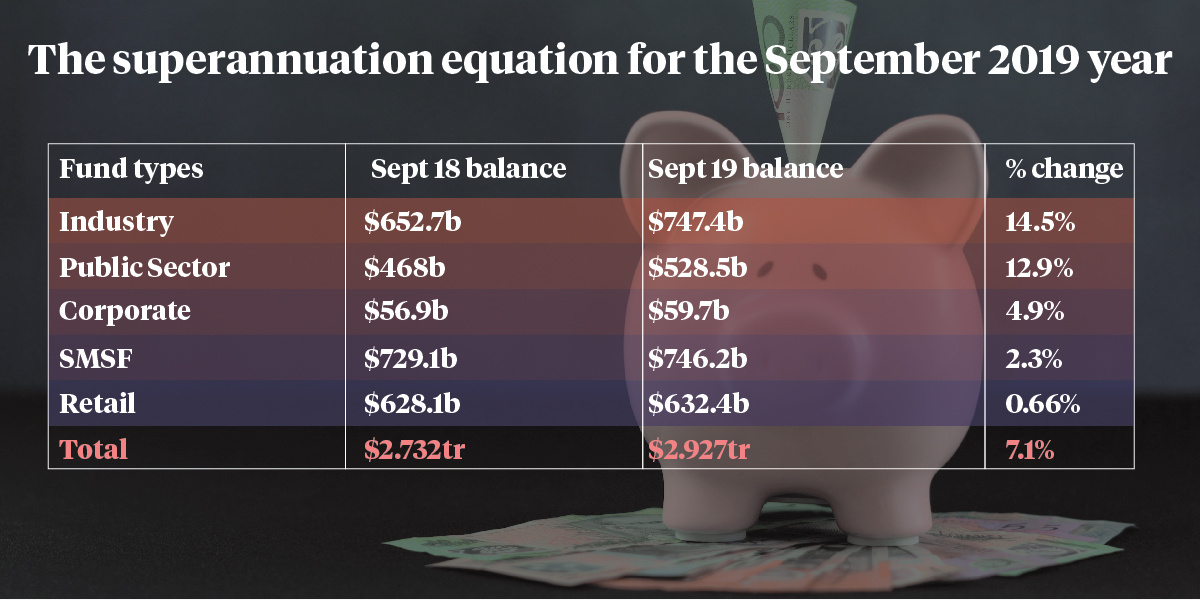 Industry fund balances increased by 14.5 per cent for the year, public sector funds rose 12.9 per cent and the overall superannuation balance for the country lifted 7.1 per cent to $2.927 trillion.

Those results came in a year in which the average balanced fund grew at 6.8 per cent, Chant West reported.

The balanced option holds about 80 per cent of Australia’s pooled superannuation fund monies.

For the calendar year balanced funds are expected to report growth levels up to 14 per cent.

While retail funds generally underperform industry funds by between one and two percentage points, that is not a large enough gap to explain the minuscule rise in the retail funds’ asset base.

More likely it is the massive withdrawals caused by royal commission investor shock that explain the differences.

Despite the outflow from retail funds, overall inward contributions to the super industry more than doubled from $77.78 billion to $152.08 billion.

Despite the ageing population and more people going into retirement, net contribution flows rose from $36 billion to $38.6 billion.

The New Daily is owned by industry Super Holdings