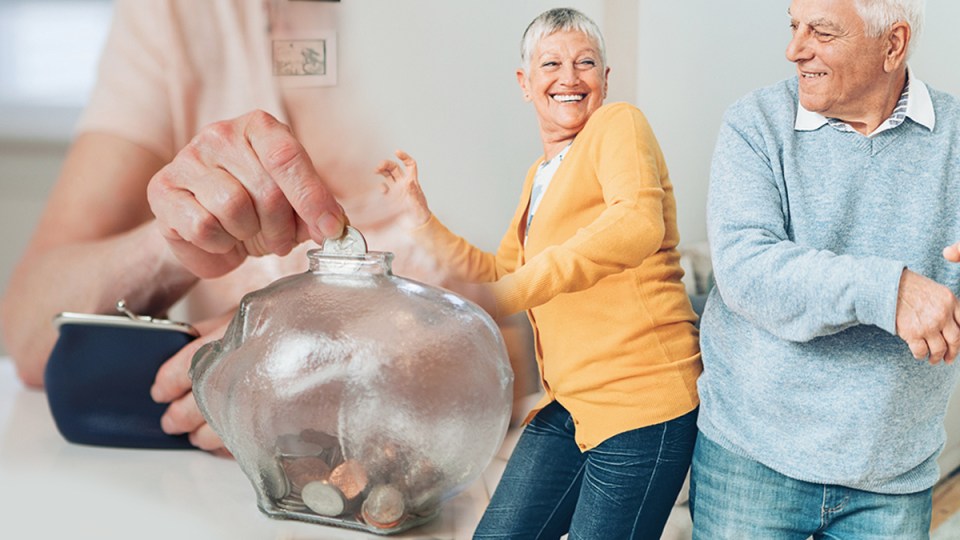 Women's super balances are rapidly catching up to men's, and could reach parity in 11 years. Photo: TND

Women have closed the gap with men in the superannuation stakes to a record low, and are on track to reach parity within a decade, research shows.

The latest Financy Women’s Index, which tracks women’s economic progress, shows the gap between the average super balance for men and women has narrowed to 28 per cent.

While that means women are still notably worse off than males, it also marks a rapid improvement in women’s retirement outcomes since 2015-16, when the gap was as high as 34 per cent.

Since 2004, the report said, the gap has actually halved across most age groups.

And if the current pace of change is maintained, women’s average super balances should be on par with men’s in just 11 years.

The significant improvement in balances for women aged between 55 and 64 (which has fallen from 49 per cent in 2003-04 to 26 per cent this year) is particularly promising, Ms Loane said.

“Older women are still the group of Australians who are most vulnerable to becoming homeless, and they’re the fastest-growing group of homeless Australians,” Ms Loane said.

“The fact that gap is closing is a very positive sign, and I’m very pleased to see this happening.”

Financy founder Bianca Hartge-Hazelman said it is “great to see this progress”, but cautioned that challenges remain.

“It’s kind of like a two-steps-forward-one-step back approach, and the reason for that is that all the things contributing to a woman’s progress tend to happen at different paces,” she said. 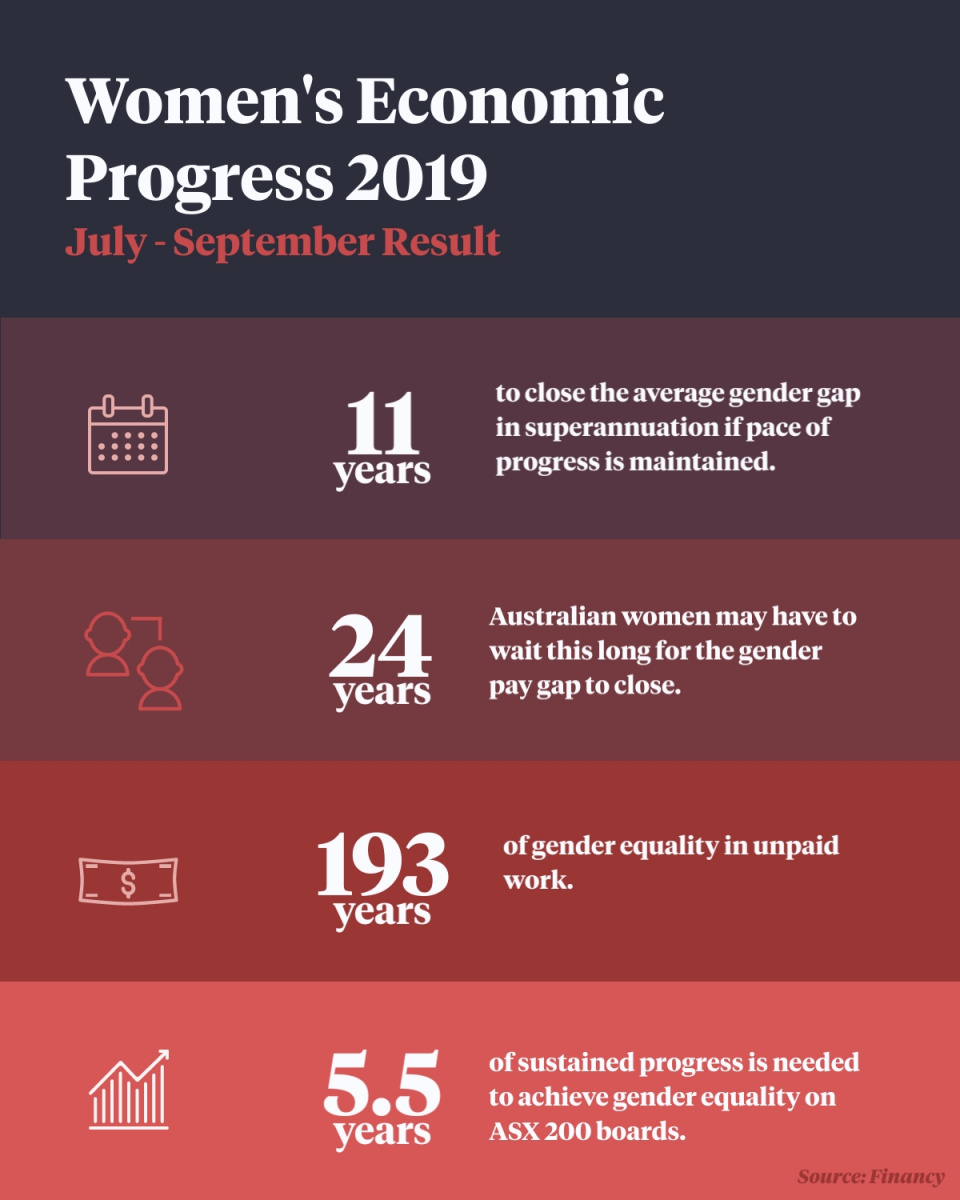 The recent drop in the number of women represented on the boards of Australia’s 200 largest publicly listed companies illustrates Ms Hartge-Hazelman’s point.

The Australian Institute of Company Directors’ (AICD) latest Gender Diversity Report shows women made up 29.5 per cent of board positions for companies in the ASX200 at the end of September.

Those figures, according to Ms Hartge-Hazelman, put 2019 “on track to be the worst year in the past decade for board appointments”.

But the situation isn’t as dire as it might appear.

“When we look at the data over the longer term, the gains in women’s board appointments have been significant, and that’s contributing to us being able to achieve gender equality on boards in about six years time,” she said.

Sandra Buckley, chief executive of advocacy group Women in Super, however, told The New Daily that closing the super gap in only 11 years seems unlikely.

“Women in Super would seriously question the assumption that the rate of change in the gender retirement gap will move more rapidly than the other key drivers of inequality,” Ms Buckley said.

“Typically the compounding effect of long-term savings, like superannuation, sees underlying differences between male and female pay, paid-work participation rates and other factors make the retirement gap larger and slower to close.”

Ms Buckley noted that almost half of Australian women work part time, half the female workforce earns $40,000 per year or less, and the gender pay gap has seen “no changes”.

“Given superannuation is based on a percentage of income earned, it would be difficult for the majority of women to contribute similar amounts to men over their full working lifetime,” she said.