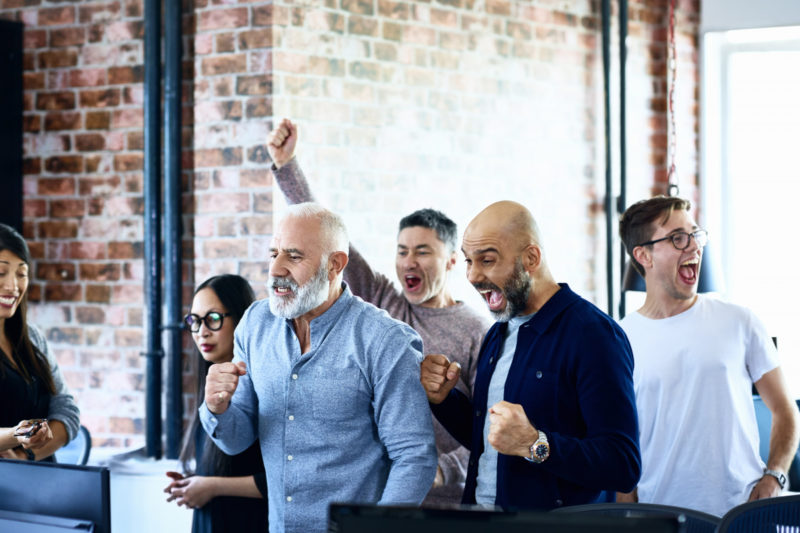 Australian superannuation returns have moved back into positive territory with the average growth or balanced fund (61-80 per cent growth assets) returning 1.2 per cent for September and 2 per cent for the first quarter of the financial year, researchers Chant West say.

“Local and overseas sharemarkets were the main drivers of performance, and their strength over September made up for volatility experienced in August,” Chant West researcher Mano Mohankumar said.

“Australian shares were up 1.9 per cent in September and 2.6 per cent for the quarter.”

Among the defensive asset sectors, bonds also had a strong quarter with domestic and international bond values up 2 per cent and 2.3 per cent respectively.

The rises were caused by falling bond yields, which increase the value of existing bonds to traders.

“The September quarter was very strong and funds would be happy to see those returns each quarter which would mean annual returns of 8 per cent,” Mr Mohankumar said.

“However, the volatility we encountered in August isn’t going away.

“We expect challenging times ahead as the global economy continues to be dogged by uncertainty.

“While sharemarkets have proved resilient so far, we anticipate more turbulence ahead in the current jittery climate.”

The Reserve Bank of Australia cut the official cash rate to a record low of 0.75 per cent earlier this month – the third cut in five months.

But Mr Mohankumar said those low rates should not hit super returns too much.

“Most Australians should take comfort that their superannuation is mostly invested in well-diversified portfolios with their investments spread across a wide range of asset sectors,” he said.

“The typical growth fund also has more resilience built in than it did a decade ago, so it is better prepared in the event that investment markets falter.”

While returns have been strong, super fund members are also gaining on the other side of the ledger as fees fall in response to the explosive findings of the royal commission into the finance sector.

Fallout from its findings has fuelled the first drop in super fees in six years.

New data from super research group Rainmaker revealed the average fees on super funds in Australia dropped from about 1.2 per cent in 2018 to just under 1.1 per cent in 2019.

Analysing the fees of 500 superannuation funds and 50 self-managed super fund administrators, Rainmaker found the overall fee paid is 1.11 per cent on account balances, with Australians now paying a total of $32 billion in fees a year.

While the ratio of fees may have come down, the nation’s 13.5 million super fund members were still paying an average of $2400 each a year in fees, or “the equivalent of the average household energy bill”, the research noted.

Of the 1.1 per cent members pay in fees, 0.7 per cent is for investment fees and 0.4 per cent for administration and product-related fees.

Rainmaker’s head of superannuation research Jason Ross said super funds were capitalising on the growth in their funds under management, “achieving greater economies of scale and reducing costs for their members”.

The drop was also down to the fallout from the Royal Commission into Misconduct in the Banking, Superannuation and Financial Services Industry, which was often critical of the operations of many retail funds, the research noted.

“The fall in gross fees was primarily a result of retail funds lowering their fees as a competitive reaction to members moving across to lower-priced not-for-profit (NFP) funds.”

In 2015, the average MySuper retail product charged 0.24 percentage points more than not-for-profit MySuper funds, but that has since narrowed to just 0.04 points.

Super funds with the biggest reductions in their MySuper Total Expense Ratios between 2018 and 2019 were: