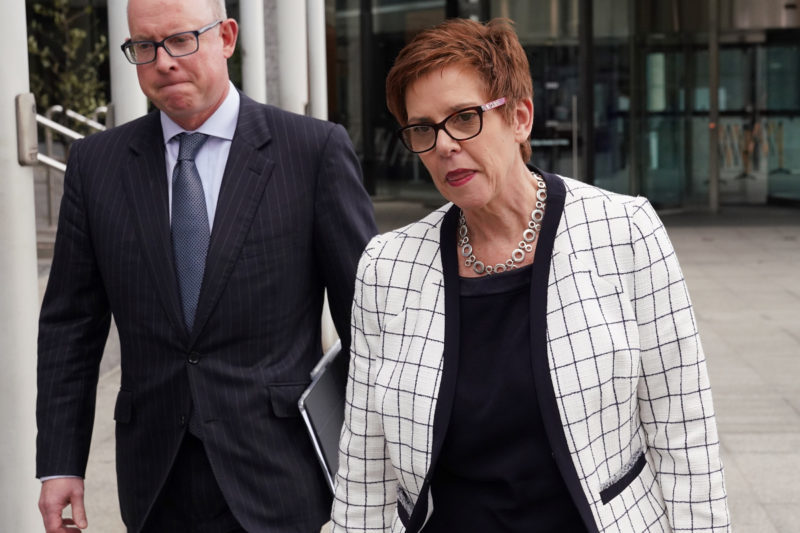 APRA deputy chair Helen Rowell has warned the super sector it will "feel a degree of discomfort" over the next year. Photo: AAP

The financial regulator has laid into the superannuation industry, warning the sector could expect to “feel a degree of discomfort” over the next year as the body looks to weed out the industry’s poor performers.

In a speech to super industry chairs in Canberra, APRA deputy chair Helen Rowell fired several shots across the bows of the industry, promising to turn up the heat on underperforming or high-charging funds.

Ms Rowell provided some detail of APRA’s proposed “heat map” – essentially a comparison tool designed to expose poor performers in the superannuation industry to give super fund members “a clearer picture of who is, and who is not, doing a good job with members’ money”.

“Beyond any unease about benchmarks or methodology, we suspect the real concern for many [superannuation] trustees is the prospect of having their performance publicly exposed in a simpler, credible and insightful way by APRA – especially among those with an inkling that their place on the heat map will be at the hotter end of the colour spectrum,” Ms Rowell said.

“We don’t resile from the fact that the heat map is designed to challenge the trustees of underperforming products to consider where their performance needs improvement, and to take action in response.”

APRA’s heat map would initially just include default “MySuper” funds, but would be expanded to Choice super products and options over time.

MySuper funds make up about 80 per cent of all super accounts, according to super research house Rainmaker.

The comparison tool would provide a “like-for-like” comparison of funds on the basis of investments, fees and costs, sustainability and, eventually, their insurance offerings.

And it will be in a format that could be “understood by those who don’t have a degree in applied mathematics and statistics and won’t require a major in spreadsheet analysis to interpret”.

Ms Rowell noted that while most super funds from all sectors performed well, “too many members are invested in funds that consistently deliver sub-par outcomes, potentially reducing members’ retirement incomes by hundreds of thousands of dollars over a working life”.

“A lack of transparency and the complexity created by the sheer number of products and options on offer has hindered member engagement, and made it much harder to assess performance across the full spectrum of the industry,” she said.

Referring to the complaints and criticism from some quarters of the industry, Ms Rowell said APRA was merely representing data that was already publicly available.

“Over many years the industry has been using available data in a range of different ways to highlight relative stronger and poorer performance across segments of the industry,” she said.

“And so it’s somewhat disappointing to us that the prospect of APRA presenting already publicly available data with its own lens on performance is generating a considerable amount of vocal pushback.”

Ms Rowell made no excuse for putting the heat on an industry that has $2.9 trillion in funds under management and was charging $32 billion each year in fees, according to a recent Rainmaker analysis.

“When a system is responsible for managing trillions of dollars of savings that millions of Australians will rely on in retirement, its standards must necessarily be high, and robustly enforced by regulators that are up to the task,” Ms Rowell said.

That $2.9 trillion equated to 1.5 times Australia’s gross domestic product, she pointed out, while the proportion of Australians with superannuation had reached 78 per cent – one of the highest coverage levels in the world.

Industry funds back move to expose the weaklings

According to Rainmaker research, fees on super funds have actually been declining in recent years.

While average fees ranged from 1.3 per cent to 1.4 per cent seven years ago, today that figure sits at 1.2 per cent.

And the average fees on MySuper accounts is even lower at 1.1 per cent.

In its annual Fat Cats Report, Stockspot found the top-10 performing growth (or balanced) funds had average fees to members of 1 per cent and returned an average of 9.4 per cent over five years to June 30.

Meanwhile the 10 weakest funds had average annual fees of 2.4 per cent and, as a consequence, returned only 4.6 per cent a year.

But Mr Dean said at the time that any benchmarking must include not only MySuper, but also Choice products “as we know that underperformance is not limited to MySuper products – in fact, it is more prevalent in the Choice sector”.

Brace for ‘a degree of discomfort’, regulator tells superannuation industry