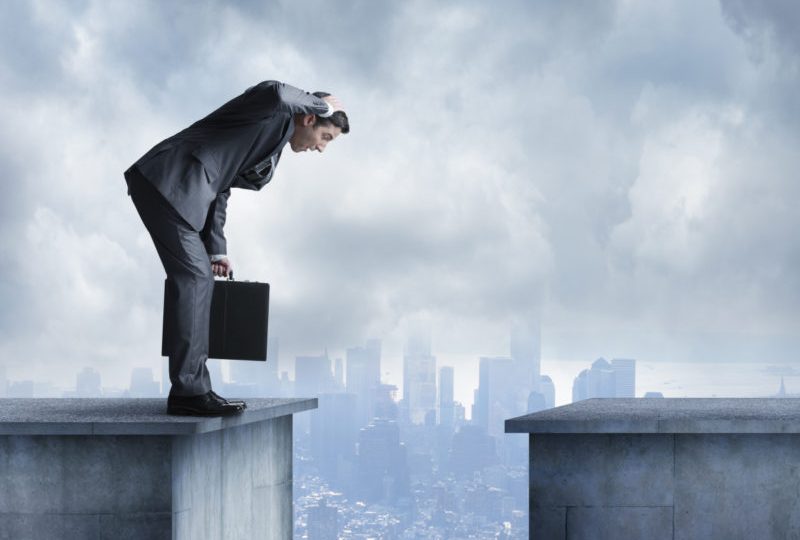 There’s a well-known tradeoff in investment known as risk-return.

To earn high returns you need to take bigger risks, which can mean that things can go pear-shaped unexpectedly, shattering your dreams.

But new figures show that for superannuation the risk-return ratio is not necessarily inverse.

The top 10 performing funds over the three years to August 31 produced by Rainmaker demonstrate a stellar performance by industry fund heavy hitters.

The best performer was AustralianSuper’s balanced fund (60-76 per cent growth assets), which delivered 10.07 per cent annually over three years. 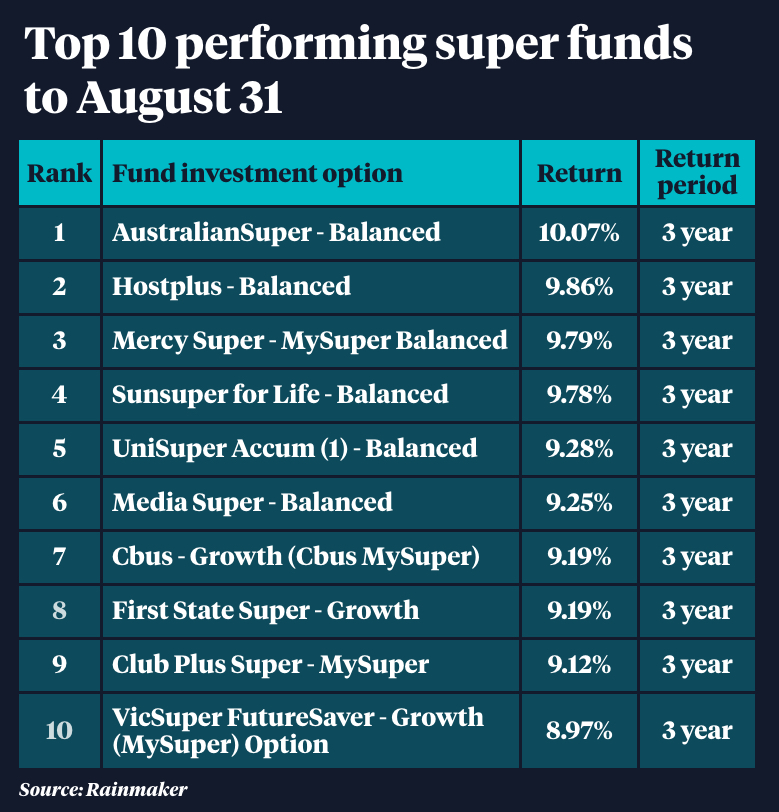 The top nine funds all scored over 9 per cent with No.10 VicSuper scoring 8.97 per cent.

Those top 10 funds, all not-for-profit industry funds, have performed far better than their target of the consumer price index plus 3.5 per cent that would have resulted in returns of only 5.75 per cent.

AustralianSuper is not only the top earner, it is the biggest hitter in the superannuation sphere with $171 billion under management.

That money talks so loudly that the Australian Financial Review listed its CEO Ian Silk as the country’s third most powerful businessperson behind BHP chief Andrew Mackenzie and tech wiz Mike Cannon-Brookes of Atlassian.

AustralianSuper’s performance belies an often-held view that big funds find it hard to perform at a top level because they can’t easily be nimble and move investments as necessary.

Rainmaker research director Alex Dunnin said “its performance is in some ways counterintuitive”.

“When funds get too big they get cautious and slow down because they know they will get big inflows regardless of what they do,” Mr Dunnin said. 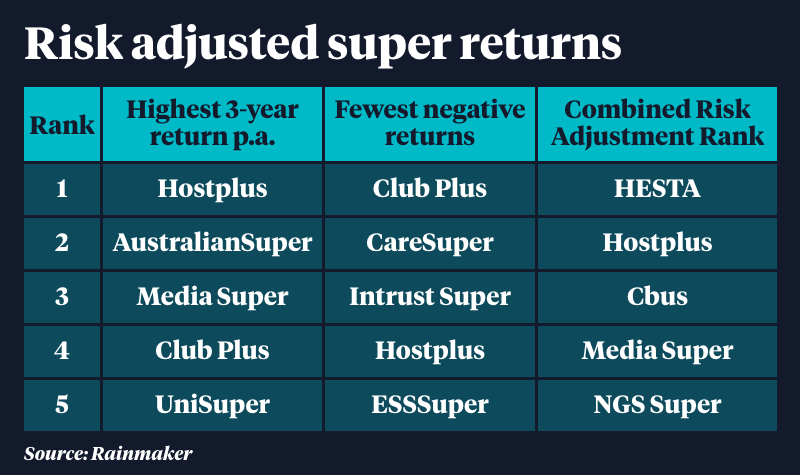 An interesting phenomenon is evident in comparing the top 10 performers with the top performers in the risk-return table.

Of the top 10 performing funds over three years, Hostplus, Cbus and Media Super appeared in the top five on a risk-return (combined risk adjustment) basis.

HESTA, which is the top performer in the risk-return table using three risk measures, also did well in the performance stakes. It came in 11th (not shown here).

Club Plus Super and Hostplus also appeared in the top five funds with the fewest negative returns while also being in the top return performers.

AustralianSuper came in at No.18 in the risk-return table showing its performance was volatile.

“That means its monthly performance bounces around more than its peers but it has still been one of the few funds to be in the top 10 this year and last year,” Mr Dunnin said.

Fund performance is not only driven by the choice of investments, it is dependent on strategy. 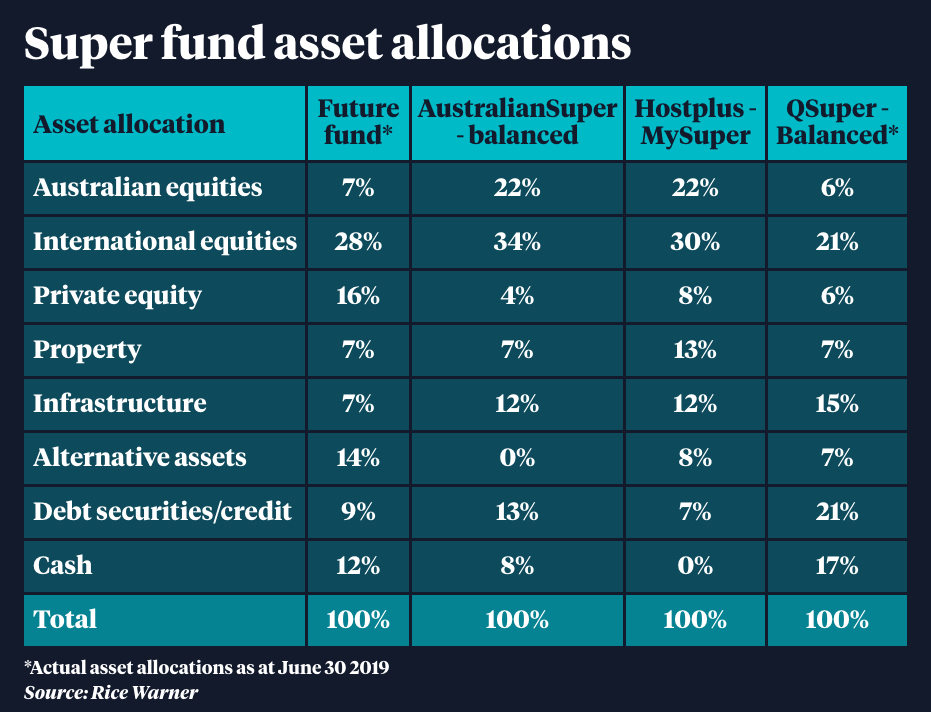 AustralianSuper’s volatility is likely a result of its larger allocation to international equities where price movements are heightened by currency fluctuations.

Hostplus, alternatively, has a higher allocation to property and private equity, which are far less volatile than shares and fixed interest.

Mr Dunnin says the rise of the industry fund sector means more money is going into unlisted assets like infrastructure and private equity but those asset classes are not rising much as a percentage of individual funds’ asset bases. 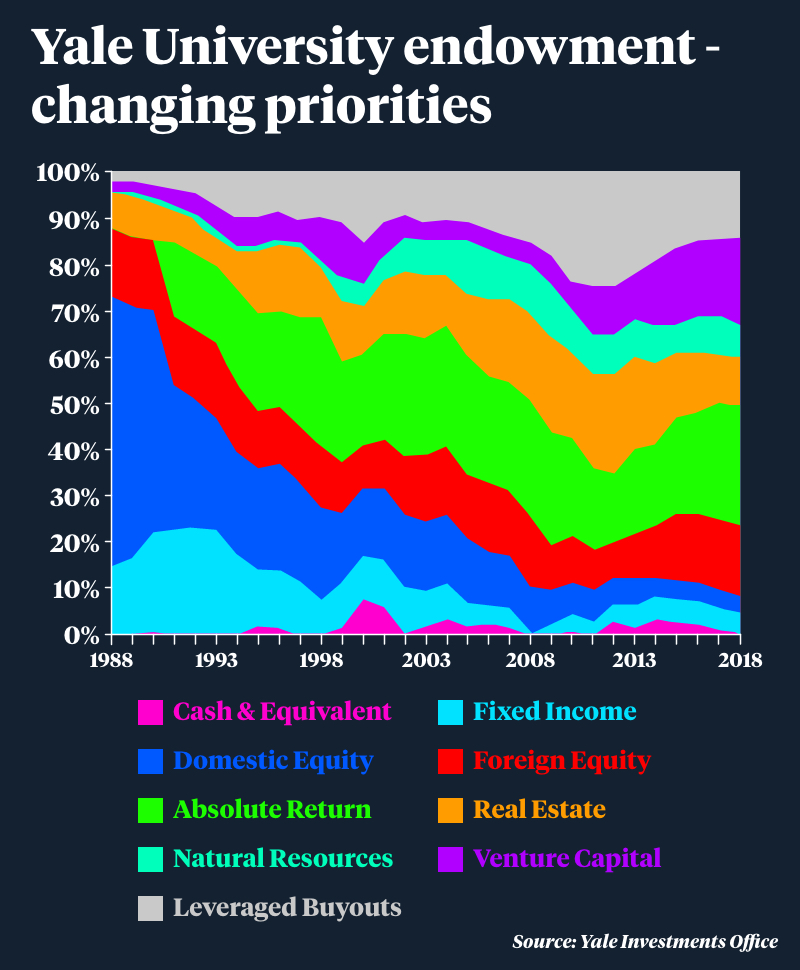 In the US things are different as this chart detailing the investments of Yale University’s $US29 billion ($42.7 billion) endowment fund shows.

Whereas back in the late 1980s almost 90 per cent of the endowment fund was in shares and bonds, these classes now account for less than 30 per cent.

Instead the university’s future is over 70 per cent trusted to private equity-style funds, direct investments in real estate and natural resources along with venture capital and leveraged buyouts.

That shows a far more aggressive mindset than that of Australian super funds.