Superannuation funds fear an inquiry into the retirement income system could eat into people’s savings, after the federal government appointed an inquiry member with a history of critiquing the super sector.

Industry Super Australia chief executive Bernie Dean said the coming review into the sector was a big opportunity to improve the superannuation and pension systems “so that people have more money to live on in retirement”.

But he said the appointment of Professor Deborah Ralston – who has previously lobbied to make superannuation payments voluntary for low-income earners –  to the inquiry’s panel could compromise the review.

“I’m not suggesting for a moment that we need to approve the appointees,” Mr Dean told The New Daily.

“But putting up people to lead an allegedly open review who have very fixed and pre-determined views of what the outcome should be, that’s not going to instil much confidence.”

Mr Dean said he was concerned the government, which announced the review’s terms of reference on Friday, might be using the inquiry as a “stalking horse to take people’s savings away”.

“There’s two significant debates going on. The first is whether super should be compulsory or optional, and the second is whether the [amount of super] that employers pay on top of your wages should be frozen,” Mr Dean said.

“Both of those are bad ideas. Winding back compulsory super would leave the whole country worse off, as we’d all end up paying more tax to support a flood of people fully relying on the pension.”

The Grattan Institute has claimed these increases will come at the expense of a pay rise for workers.

“We hope that the review focuses on ways to make super stronger, not weaker,” Ms Scheerlinck told The New Daily.

“This means sticking to the legislated timetable to increase in the compulsory super rate to 12 per cent by 2025 and focusing on plugging the gaps in the system to make it fairer for all.”

With Australians living and working for longer, and most women retiring with roughly half the amount in super as men, Ms Scheerlinck highlighted Australia’s ageing population and gender inequity as two particularly important issues she hoped the review would examine.

“There is also the need to re-examine how the age pension currently interacts with the super system and whether the tax concessions could be better targeted,” she said.

Dr Ralston’s appointment comes just months after Liberal backbencher Andrew Bragg called for superannuation contributions to be made voluntary for people earning less than $50,000 a year.

Mr Bragg said in his maiden Senate speech that compulsory superannuation was making it harder for people to buy their own home and costing the government too much money – claims shadow treasurer Jim Chalmers described at the time as “laughable”. 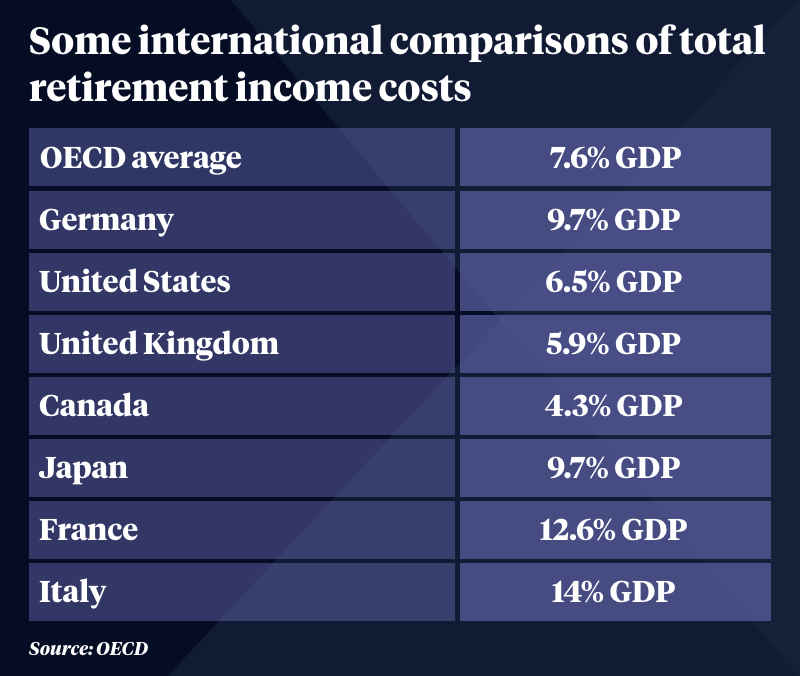 Australia spent 4.4 per cent of its GDP on retirement incomes last year, well below the OECD’s 2013 average of 7.6 per cent.

And while industry figures have flagged concerns around underperforming funds and unnecessary fees, Andrew Craston, director of economics at the Association of Superannuation Funds of Australia, said the system was far from broken.

“Ensuring superannuation guarantee coverage for the self-employed, workers on lower incomes – particularly those earning less than $450 a month – and persons on parental leave would materially improve retirement outcomes and improve the sustainability of the Age Pension,” Mr Craston said.

“While improvements are always possible, fund members should be aware that the system is not broken – it is considered to be one of the best retirement income systems in the world.”