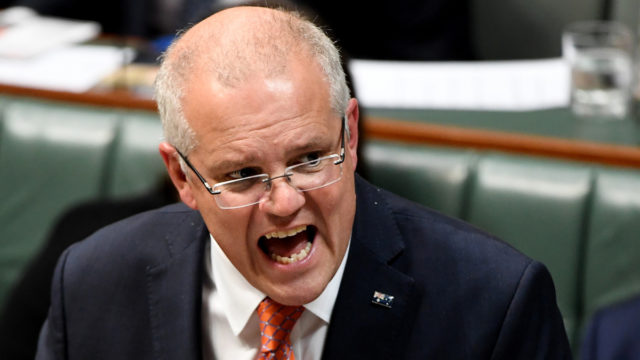 The Prime Minster is standing by the terms of the review Photo: AAP

Scott Morrison has left the door open to exploring the introduction of voluntary super for low-income workers in Australia, as he defended his appointments to a major retirement income review.

The Prime Minister was asked directly on Monday if he was prepared to consider voluntary contributions for some workers, instead of compulsory super for all.

Mr Morrison refused to rule out the option, despite ruling out other potential retirement income changes before the panel’s work.

Instead, he moved to defend the appointment of Dr Deborah Ralston, who has previously urged the government to consider voluntary super contributions.

“The review will do its job and the government’s policy is well known, but some suggestion that we could only have people doing this review that the union industry fund bosses actually agreed with is quite absurd,” Mr Morrison said.

“I mean what sort of country do we live in where the union funds are saying, well, we’ll pick and choose who does the reviews on how much money flows into our funds.”

Asked whether Dr Ralston should step down from the review, Mr Morrison said “absolutely not”.

“We’re not going to be intimidated by that at all. She has the right experience in this area and we welcome her participation in the review.”

Despite refusing to rule out voluntary super, Mr Morrison won’t be allowing the retirement income review to consider whether the family home should be included in the pension asset test.

The Morrison government has also ruled out lifting the pension age to 70.

“I think we’ve made pretty clear our view to the retirement age and I made that clear at the last election,” he said.

“See, when I say things in elections, I mean them. I said we weren’t going to change the pension age, so we’re not.”

“What we have seen is a pattern of behaviour from the superannuation industry that any time ideas are raised that goes against their vested interests, they seem to complain very loudly about it,” Mr Frydenberg said.

Opposition Treasury spokesman Jim Chalmers said the inquiry was nothing more than a stalking horse for cuts to the aged pension and super.