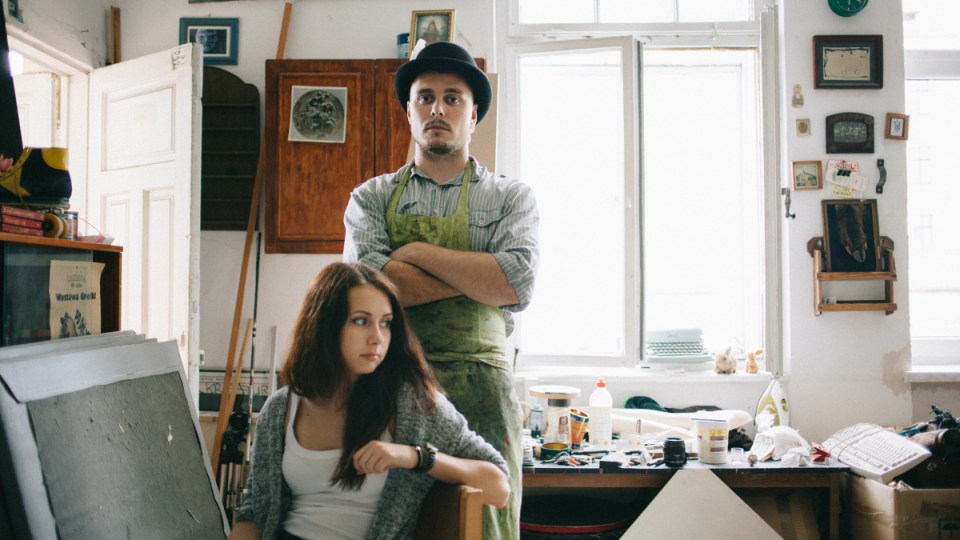 A superannuation rule is believed to be contributing to stagnant Australian art sales. Photo: Getty

Art sales in Australia have hovered around the same level for almost a decade, and an obscure superannuation law is partially to blame for the woes.

While art sales lifted 6 per cent globally in 2018 (up to a whopping $67.5 billion), in Australia only $107 million worth of art moved through auction houses, according to Dr David Challis.

Dr Challis – a postdoctoral researcher in the University of Melbourne’s School of Culture and Communication Art History program – said those numbers are comparable to the past 10 years, and 39 per cent below the peak in 2007.

Surprisingly, one of the driving factors is a drop in demand for art following changes to superannuation law in 2011, when the tax office announced that artworks purchased by self-managed superannuation funds could not be stored or displayed in the fund members’ homes.

Business owners are permitted to store art bought through an SMSF in their offices, but again the pieces can’t be displayed.

Instead, those pieces have to be locked away in storage or leased to galleries, or the funds’ members will face serious financial penalties.

Worryingly for artists, SMSFs accounted for 15 to 25 per cent of all Australian art sales, and the 2011 changes have devastated the market.

That figure was higher for indigenous artworks, where super funds accounted for as much as 40 per cent of demand.

“Not only did funds stop buying art, but they started selling what they had, so it was a bit of a double whammy,” Dr Challis told The New Daily.

“Where it’s really knocked the stuffing out of the market is when artists start to establish themselves and start selling paintings for around $10,000. The ability to go from an emerging to a mid-career artist has become more difficult, and established artists can’t make a living out of it any more.”

In fact, established artists’ wages fell by 15 per cent between 2010 and 2017, according to calculations by Lowensteins Arts Management – an accounting firm with 4000 Australian artists among its client base.

Dr Challis is calling on the ATO to recognise “investment-grade artworks” as a new and separate category of investable asset so would-be collectors can hang the collection bought through their SMSFs in their homes.

“Art is a bit different to other assets like sports boats and collectable coins, where using them can detract from their value. Hanging a painting on a wall isn’t going to hurt its price,” he said.

Such a change would make it easier for fund members to store the works they buy, and would support not only the value of their art collection but the artists too.

Not addressing the problem

Michael Fox, principal of Michael Fox Art Accountant and Valuer, agrees the current rules have hurt Australia’s artists, with the past 12 months being the worst year he’s seen in his 20 years managing artists’ finances.

But Mr Fox doubts the answer is a new ‘investment-grade’ category for artworks.

“As a tax professional, I can tell you there’s no way they’d ever legislate an ‘investment-grade artwork’ scheme. It’s too subjective,” he said.

“How do we decide what art is investment grade? The other challenge is that the artist’s reputation often stands behind the value of the art. People were buying Rolf Harris’s work up until everything about him came out – What would happen if his pieces had previously been considered investment grade?”

It also fails to address the root cause of the problem, Mr Fox said.

The  laws were introduced as a sort of “sin tax”, like the excise on tobacco products, Mr Fox said. They were designed to dissuade people from investing in art to prevent them getting into trouble.

Those risks could be better managed by instead introducing minimum standards for art dealers and galleries, forcing sellers to have professional indemnity insurance at the very least and ensuring buyers are paying fair prices for art that’s likely to appreciate in value.

“There needs to be better regulation of art dealers. As long as we can be sure the place art is being purchased from is reputable, we shouldn’t have any of these issues,” he said.

“Right now there are no rules around who can call themselves an art dealer, an art consultant or a gallery. We just need a set of minimum standards.

“Instead, the rules that we have now are a bit like trying to open a walnut with a mallet.”