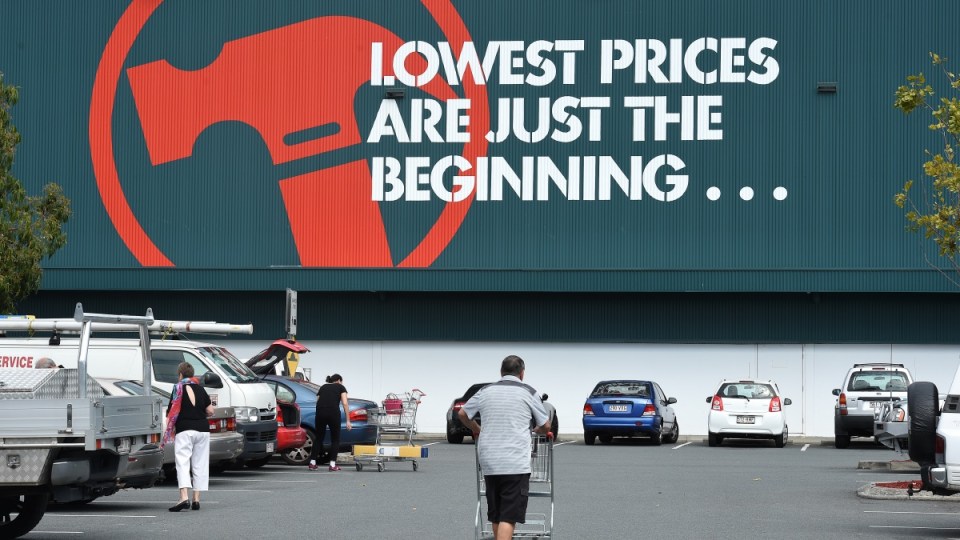 Bunnings is restricting purchases of a host of items amid the coronavirus outbreak. Photo: AAP

Hardware giant Bunnings has admitted it has been underpaying many of its workers for as many as eight years.

Bunnings on Thursday informed employees of a payroll error that resulted in some part-time workers receiving incorrect superannuation payments since the 2011-2012 financial year.

The retailer said the “error” mainly affected part-time employees in its warehouses and smaller format stores across Australia, who worked more than their annual contracted hours from the 2012 financial year onwards.

In most cases the error “will only affect superannuation contributions for May or June of the relevant year”, Bunnings said.

Bunnings said the full scope of the underpayment was not known, but it was running a full reconciliation that should understand the extent of its liability in four to six weeks.

The error is expected to affect a significant number of employees.

Bunnings said workers who were underpaid would receive their payments, as well as compensation, in accordance with Australian Taxation Office requirements.

Former employees affected by the error would also be contacted by Bunnings.

Bunnings, which is owned by Wesfarmers, said it briefed the Fair Work Ombudsman and notified the Retail Employee Superannuation Trust (REST).

Bunnings HR director Jacqui Coombes was quoted by Channel Nine as saying the business was “very sorry” the error occurred and apologised for any inconvenience to staff.

“We understand the importance of ensuring our team members are paid everything they are entitled to in full and on time,” Ms Coombes said.

“In this case, whilst inadvertent, we haven’t, and we are very sorry for that,” she added.

Bunnings’ admission comes just days after Sunglass Hut revealed it had also underpaid hundreds of part-time staff – in its case by about $2.3 million over more than five years.

A string of other big brands have also admitted underpaying staff in recent months.

In July, celebrity chef George Calombaris’s MAde Establishment was found to have underpaid more than 500 staff by nearly $8 million.

The company has backpaid its employees.

Thousands of workers at Michael Hill Jewellers, 7-Eleven, Caltex and Domino outlets have also been found to have been underpaid in the past two years.

Earlier in September, the Morrison government released a discussion paper seeking public input on wage theft, before a promised crackdown.