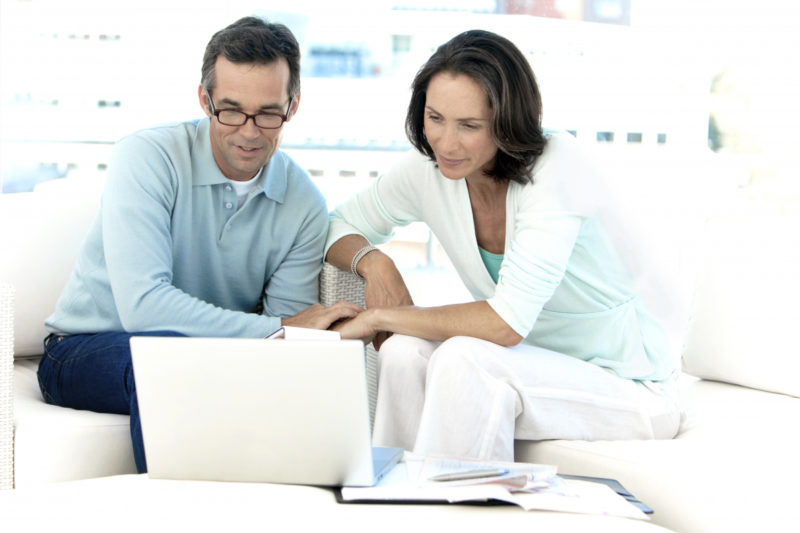 Make sure you check the important details of your super fund.

When you join a new employer, one of the questions you will be asked is which superannuation fund you wish to join. But it’s a question many people won’t even consider, choosing instead to simply go with the default fund their new boss recommends.

But going with the boss without checking what’s on offer could cost you dearly. New figures produced by Super Consumers Australia, which works alongside consumer group CHOICE, found that the bottom 25 per cent of MySuper default superannuation funds returned an average of 6.4 per cent a year over five years. 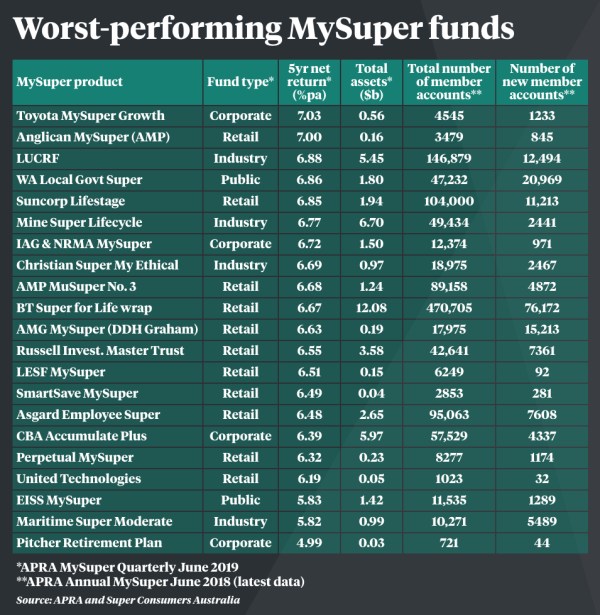 Over a lifetime’s work earning an average of 6.4 per cent a year could leave the average worker with a retirement balance as much $224,000 below what it would be if they had joined a fund returning the median figure of 8 per cent.

It is instructive to look at the makeup of the funds in the bottom quartile. Some 172,000 people joined up to the bottom 21 funds in the table above in the June year. Of those, only 22,900 were in industry funds with another 22,000 being public-sector funds, and most of the rest being in retail or for-profit funds.

Meanwhile 1.76 million people joined up with the top-performing funds in the year, meaning the vast majority of new members in the default system had their money well invested.

Don’t leave it up to others

So the moral of the story is don’t let your employer shove you into a default fund without checking it out yourself, said Chris Giaouris, a certified financial planner with Chronos Private.

“The biggest asset the average Australian will ever own is their house followed by their superannuation account.”

“You wouldn’t let your boss choose the house you live in, so why would you let the boss choose your super fund,” Mr Giaouris said.

When you change jobs or begin your career. Mr Giaouris said there were a number of things to consider before signing up to a super fund.

Not all super funds have the same fees, and high fees can seriously erode your retirement balance. So you need to look closely at what any super fund you consider joining is charging.

Know what you are getting your money into and that involves looking behind the labels.

“The label ‘balanced fund’ is placed on a range of funds that have 60 or 70 or 80 per cent in growth assets like shares,” Mr Giaouris said.

Funds with higher levels of growth assets will perform better over time but will be more volatile, so if you are older or do not react well to volatility, aim for a lower level of growth assets, he said.

Have you got control?

While many people may be happy choosing an investment option and letting the fund do its thing, some want to be more involved.

“Some people might want to move between shares and cash and bonds at the click of a mouse. If that is you be sure you are not getting charged every time you change your investment option,” he said.

“There shouldn’t be any disagreement about the need to clean up numerous underperforming superannuation products that have disadvantaged people with poor returns and fees.

“Without regulatory pressure on the underperforming funds to wind up and merge with better performers, or connect their members to high-quality funds, too many Australians will continue to lose money,” Mr Dean said.