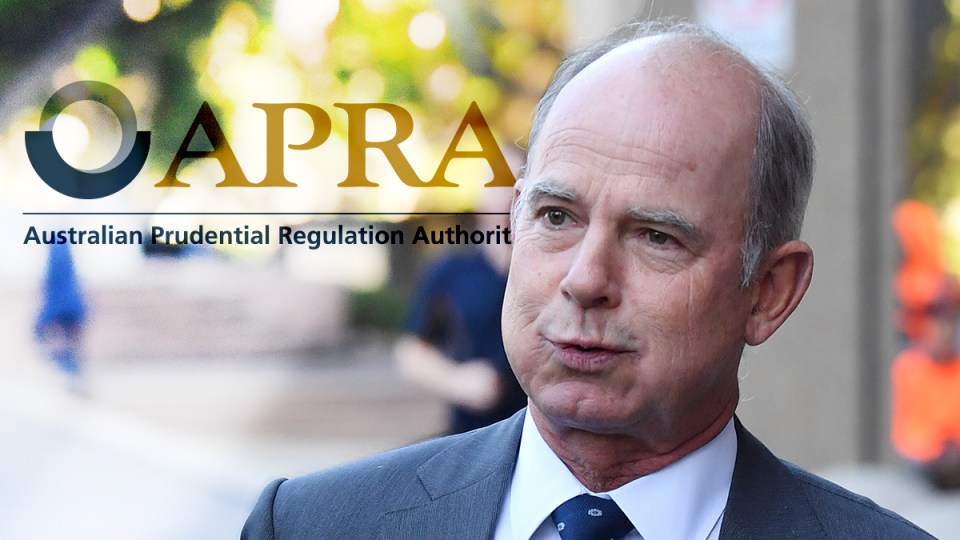 Former IOOF chief Chris Kelaher had a win over APRA.

Australia’s financial regulatory system has been dealt another humiliating blow with the defeat of the Australian Prudential Regulation Authority’s (APRA) case against financial group IOOF on Friday.

Federal Court Justice Jayne Jagot was scathing about APRA’s case, saying “I have found APRA’s approach unpersuasive”. She said it had relied solely on documents produced by IOOF, depended on “hindsight” and was “fundamentally inadequate”.

“I also do not accept that there can be an effective admission of a legal conclusion” (in APRA’s case), and “even if such a statement could constitute an admission I would not be persuaded as to its reliability,” Justice Jagot said.

APRA’s defeat followed the loss of the Australian Securities and Investment Commission’s case against Westpac last month over responsible lending. That loss came despite the bank agreeing to settle it with a $35 million payment last year.

News of APRA’s latest defeat was greeted with horror by Dr Andy Schmulow, law lecture at the University of Wollongong, who told The New Daily, “it’s a disaster inside a catastrophe wrapped in a fiasco.”

“Kelaher’s testimony was the worst of all at the royal commission. How do you manage to take it and make it into a defeat (for APRA)?”

Dr Schmulow branded APRA management as incompetent – and he sheeted home responsibility to the government.

“I blame (Treasurer) Josh Frydenberg for this. Why did he reappoint (APRA chair) Wayne Byers and (deputy) Helen Rowell before the royal commission had been completed?”

“He said when it comes to choosing to litigate it should be a case of ‘if not, why not?’ so regulators are following him. But all litigation is risky and there is no such thing as an unloseable case.”

Michael Adams, a law professor at the University of New England, said APRA had been “slow on its feet” and had not prepared an adequate case. It should have been a slam dunk, but they made it more complicated than it needed to be.”

“If their preparation had been done properly it would have been a win,” Professor Adams said.

APRA said in a statement it was examining the lengthy judgment in detail and will then make a decision on whether to pursue an appeal.
Deputy APRA chair Helen Rowell said: “This case examined a range of legal questions relating to superannuation law and regulation that had not previously been tested in court, relating to the management of conflicts of interest, the appropriate use of super funds’ general reserves and the need to put members’ interests above any competing priorities.”
IOOF said in a statement that it welcomed the decision, and was “reviewing the written judgment in detail and expects to issue a further announcement in due course”.

APRA’s case sought to disqualify Mr Kelaher, Mr Venardos and three other IOOF executives for alleged multiple breaches of the Superannuation Industry (Su­per­vision) Act. The regulator said IOOF had not acted in the interests of super fund members when it used members funds to make good losses it caused to members with their own funds.

“APRA has failed to prove any of the contraventions of the SIS [Superannuation Industry (Supervision)] Act alleged against the respondents,” Justice Jagot said.

While ASIC and APRA had suffered humiliating legal defeats in the last two months “I hope regulators don’t soften their approach in the face of a couple of defeats and continue to hold the industry to account,” Mr Mennen said.

Judge turfs APRA’s ‘unreliable’ case against IOOF out of court