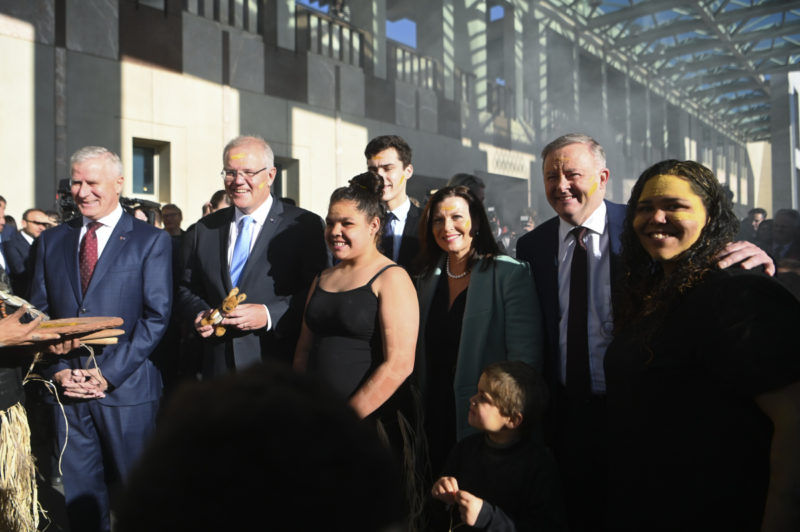 Fourteen frontbench politicians have not declared where their superannuation is invested despite a requirement agreed to by the House of Representatives stating they should do so.

A declaration made by the House of Representatives states that politicians should declare “the nature of any … assets (excluding household and personal effects) each valued at over $7500”. 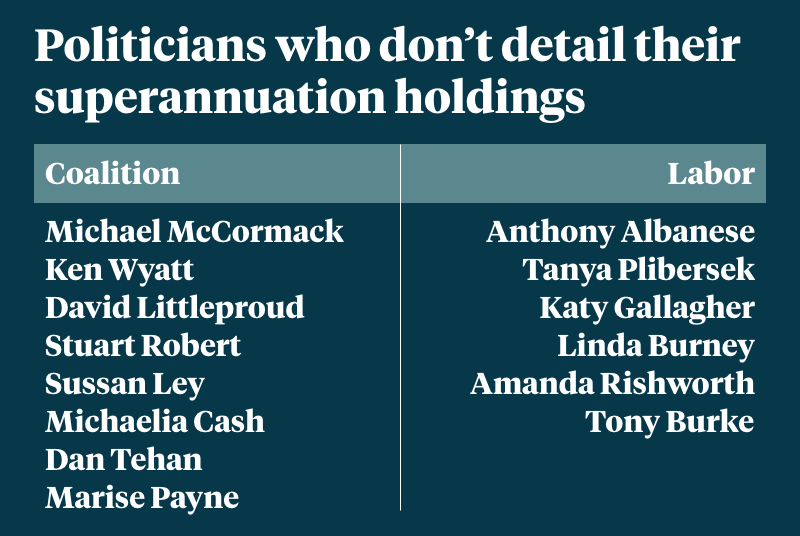 A review of the members’ interests register showed the vast majority of frontbenchers and their Labor shadows who are members of pooled superannuation funds have included the name of those funds.

Those with self-managed superannuation funds declare that fact, but rarely declare what their funds are invested in.

One exception was shadow Attorney-General Mark Dreyfus, who has declared a range of investment funds in his SMSF.

There is some ambiguity about the level of detail that needs to be reported on superannuation.

“I think really the fact that they exist needs to be reported,” Claressa Surtees, Clerk of the House of Representatives, told The New Daily.

“Certainly when the House considered the matter, it said they should declare it as an asset.”

But Ms Surtees said “the resolution is not specific and leaves it up to the member to decide what detail they think is necessary”.

Almost all members declare far less significant matters, such as which banks hold their deposit accounts and their mortgages.

Many even detail the make and model of what are often quite modest cars, and so it is not clear why they would not want to declare where their superannuation is invested.

Ms Surtees also said the House had decided parliamentarians who were members of the old, defined-benefit Commonwealth super scheme, which was curtailed in 2004, don’t need to declare their membership as an asset.

However, they declare where their deposits and mortgages are held, so it is not clear why their super accounts don’t get a mention.

Another surprise in the parliamentary asset register was the large number of Coalition frontbenchers with their super invested in industry funds.

That is despite the fact that the Coalition has often been critical of the industry superannuation fund movement and sought to force a governance regime on it that resembles the for-profit industry fund movement – a sector that has consistently underperformed industry funds.

Treasurer Josh Frydenberg, for example, has his retirement funds spread across the industry, retail and public sector fund sectors.

Earlier this year Mr Frydenberg expressed concern that industry funds were starting to use their financial muscle to pressure company boards over environment, sustainability and governance (ESG) issues.

The Treasurer described it as a “dangerous development” and warned that superannuation was “not a plaything for union bosses, nor a platform for pushing their industrial relations agenda”.

For full details of where the frontbench and shadow frontbench has their super invested check with the following graphic.

For the record, Assistant Minister for Superannuation Jane Hume rides two horses, having her super with the retail fund Colonial First State and the industry fund AustralianSuper.

During his time as treasurer Mr Morrison was a critic of industry funds’ political stances saying: “Some industry funds, for example, won’t allow their funds to be invested in coal shares. Now that’s got nothing to do with returns necessarily, that’s got to do with politics, and their view about those particular issues.”