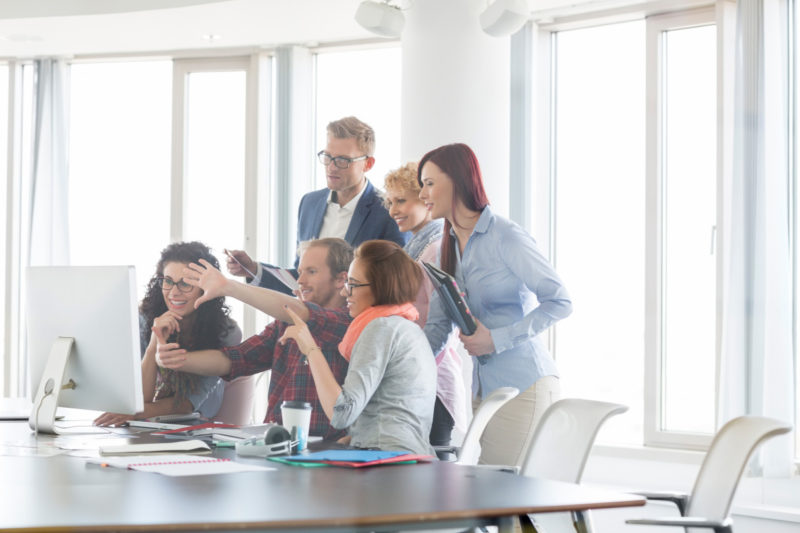 Here's where you will see the best performing super funds. Photo: Getty

The way to build the biggest possible superannuation balance is to choose a fund with low fees, new research from fund manager Stockspot has highlighted.

“An average worker aged in their mid-30s who works to their mid-60s, and invests in a fund charging fees of 1 per cent, will finish up with $200,000 more in their account than a member of a fund charging 2.4 per cent,” Stockspot CEO Chris Brycki said.

In its annual Fat Cats Report, Stockspot identified that the top-10 performing growth (or balanced) superannuation funds had average fees to members of 1 per cent and returned an average of 9.4 per cent over five years to June 30.

Meanwhile the laggard funds that made up the bottom 10 had average fees of 2.4 per cent annually and, as a consequence, returned only 4.6 per cent a year. 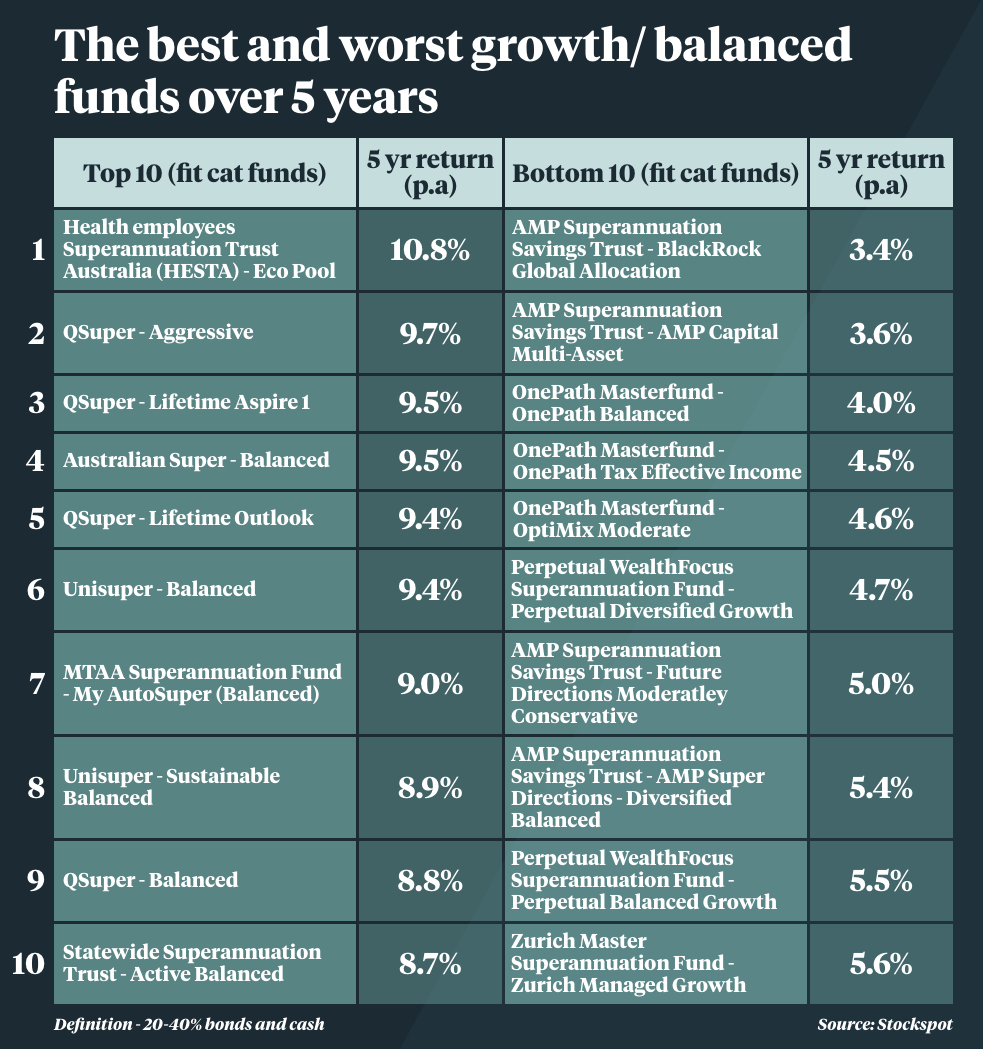 Interestingly, of the top 10 performers on Stockspot’s growth tables, all were industry funds that tend to have lower fees because they distribute all profits back to members.

QSuper, which saw five of its funds in the top 10, started life as a fund for Queensland public servants, but is now an open fund.

The top performer, HESTA’s balanced fund, returned 10.8 per cent, while No.10, Statewide, a South Australian public sector fund, returned an average 8.7 per cent over five years.

Of the bottom 10 performers, four were AMP funds, the worst of which delivered just 3.4 per cent.

All of the bottom 10 were retail, or for-profit, funds.

“AMP and ANZ have been among the worst performers for the seven years we’ve been doing the survey,” Mr Brycki said.

Overall, Stockspot found QSuper, UniSuper and AustralianSuper were the best performers with 19 “Fitcat”, or top-performing funds between them.

At the other end of the scale, ANZ and AMP had 22 “Fatcat”, or low-performing funds between them.

Over a decade it’s similar

Research house Chant West found a similar reality among the top-10 performing funds with low-fee industry funds taking eight of the top 10 spots. Corporate fund Telstra came in at No.8 and the for-profit fund CFS at No.9. 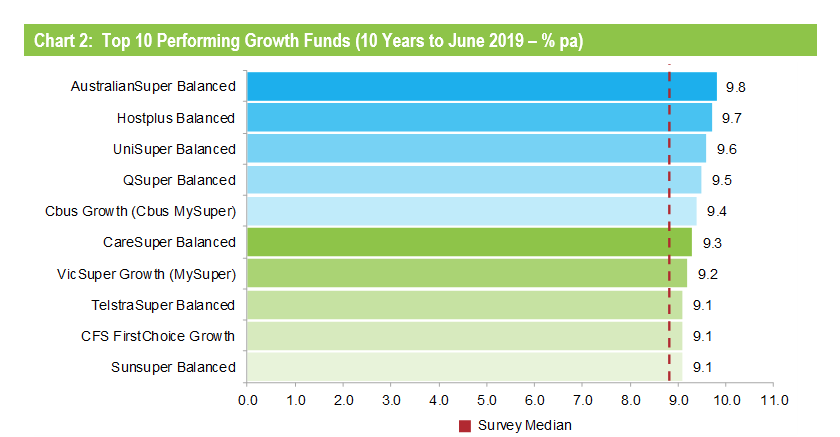 It’s not just about fees

High returns were delivered by a mixture of low fees and a higher exposure to growth assets.

“The top-performing funds … had a relatively small (25 per cent) allocation to bonds and cash. This allowed them to return 8-11 per cent over five years,” the Stockspot report said.

“The bottom funds in this group typically had a higher (33 per cent) allocation to cash and bonds and high fees of 2.4 per cent on average. This pulled down their performance to 3-6 per cent a year,” the report said.

Ian Fryer, research chief with Chant West, confirmed the importance of fees, saying that the average MySuper (low-fee default fund) charged 1.06 per cent in fees for the June year.

“Of that, 33c is made up of administration and 73c is investment charges,” Mr Fryer said.

Those figures are slightly different to Stockspot’s fee calculations, as the latter does not include administration fees.

They average 0.33 per cent a year so they could be added to Stockspot’s calculations to give low-fee fund costs of 1.33 per cent and a high-fee fund a cost of 2.73 per cent.

How low fees deliver the highest returns in superannuation funds