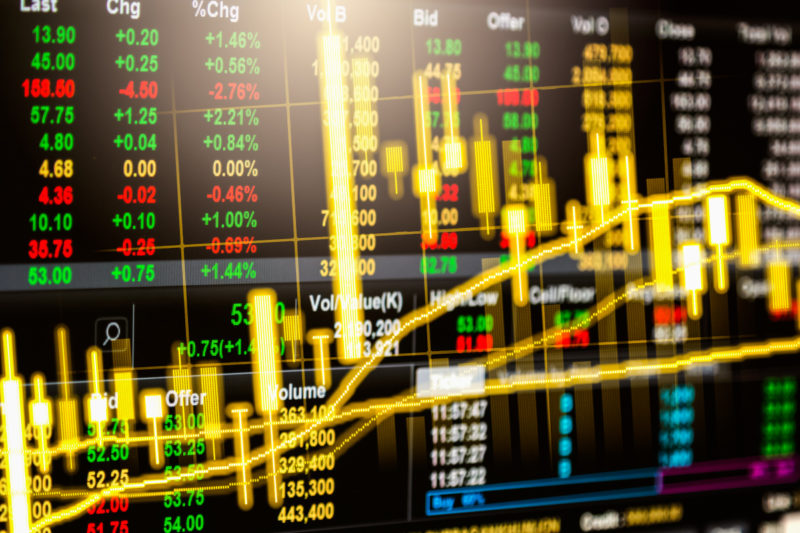 Superannuation returns continued their upward climb in April as the sector’s stock holdings nears 50 per cent of the total Australian market.

Research house Chant West found that the widely held ‘growth’ super option gained 1.7 per cent over the month after a 6.1 per cent jump in the March quarter.

“That 1.7 per cent April rise was a very strong return and to date this financial year the growth option is up 5.2 per cent,” said Mano Mohankumar, chief researcher with Chant West.

“It’s increasingly likely that growth funds will finish the year in the black for the tenth consecutive time,” he said.

“The return isn’t likely to match the 9 per cent average return of the past nine years, but that strong run should be seen as the exception rather than the rule.” 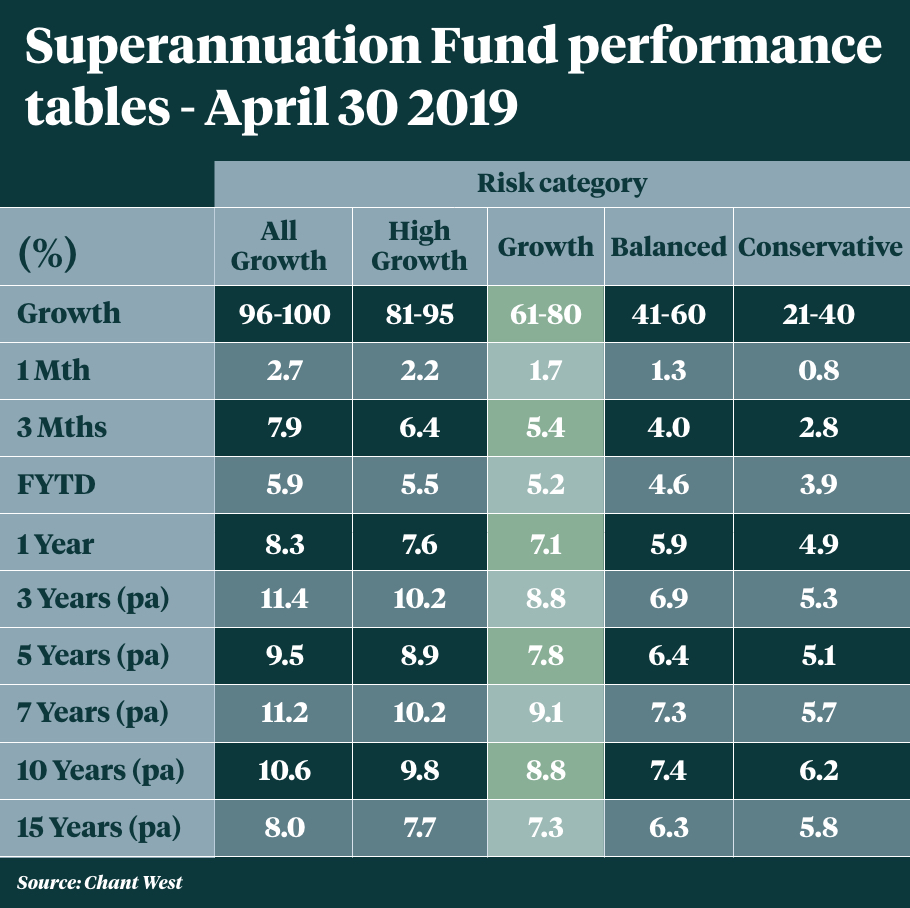 That growth option has far outperformed the target of CPI plus 3.5 per cent set by funds in the early days of compulsory super.

“Over 26 years the growth option has returned 8.2 per cent annually while its target was 6 per cent and over 20 years it returned 7 per cent compared to a 6.1 per cent target,” Mr Mohankumar said. 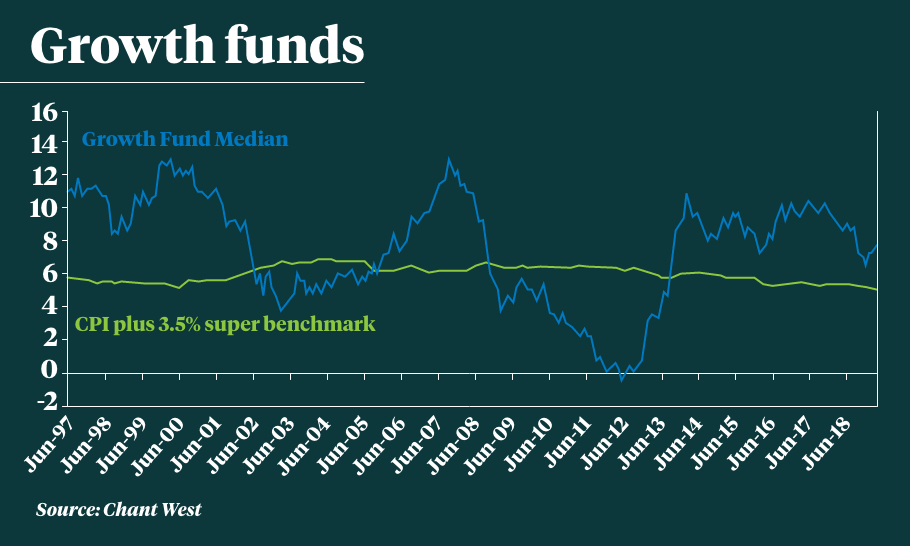 That means that members are building wealth at rates much higher than expected when the compulsory super system was established in 1992.

The super system is growing so strongly through high returns and an expanding contribution base that it is owning an increasingly large percentage of the Australian share market. 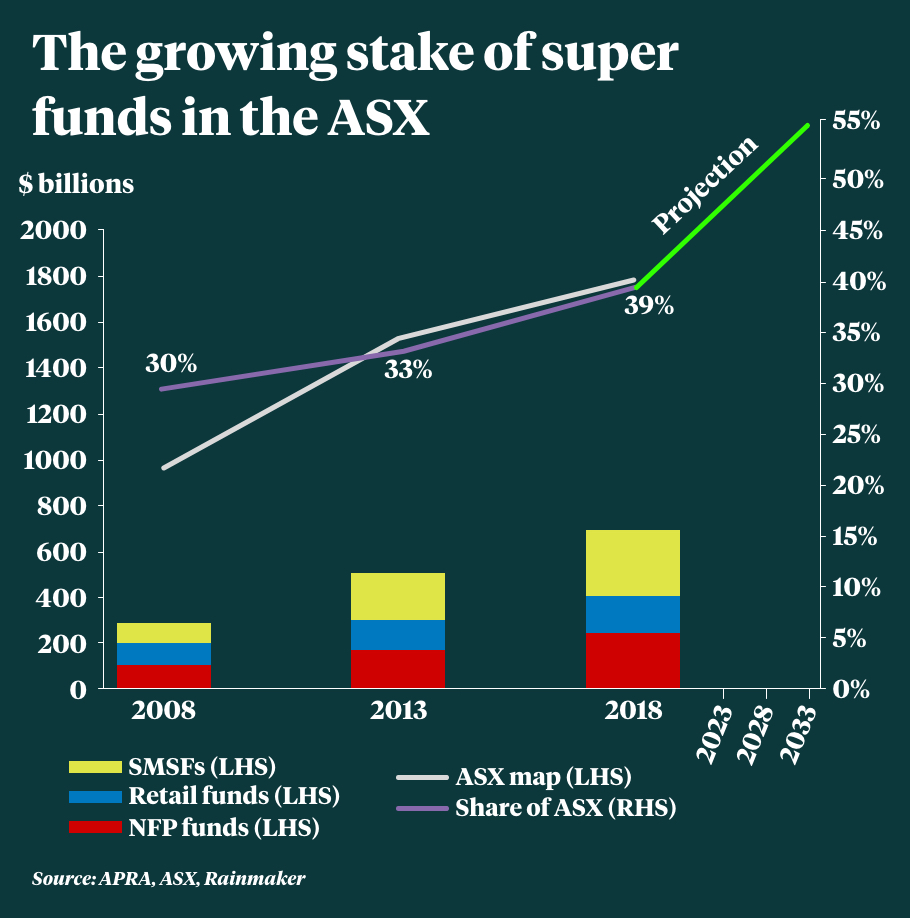 Alex Dunnin, Rainmaker CEO, said the increasing stake of superannuation funds in the ASX would have positive economic effects by “lowering the costs of fund raising” for Australian companies.

“The super system is worth $3 trillion now and is 1.5 times the size of Australia’s gross domestic product,” he said.

“That will grow to between $6 billion and $10 billion in 20 years, be three to four times GDP and make us the Benelux [Belgium, Netherlands, Luxembourg] of the Asia Pacific,” Mr Dunnin said.

The Benelux countries – though relatively small – have huge capital pools which they invest globally, enhancing their influence.

As the share of the ASX held by super funds is growing, industry funds are also buying into international markets, diversifying their investments and reducing their dependance on the Australian economy.

“Over the last 12 years [not-for-profit or industry] funds have recognised the limitations of the Australian market and now have higher allocations to international shares than they do to the local market,” Mr Mohankumar said.

Separate research from Rainmaker found not-for-profit funds had grown the size of their funds-under-management by 13 per cent annually in the 10 years to 2018, while their exposure to the ASX  grew by only 8.7 per cent a year over the same period.

On the other had self-managed super funds had boosted their ASX exposure by 12.3 per cent while overall assets grew at only 9.2 per cent.

Judith Fox, CEO of the Australian Shareholders Association, said the super funds “have diversified and greatly increased their exposures to international equities”.

“Along with the super funds, six million Australians own shares directly. Policy over 25 years has resulted in Australians being shareholders directly or indirectly [through super funds],” she said.

“That gives companies am long term stable shareholder base that will support boards if they believe in them.”