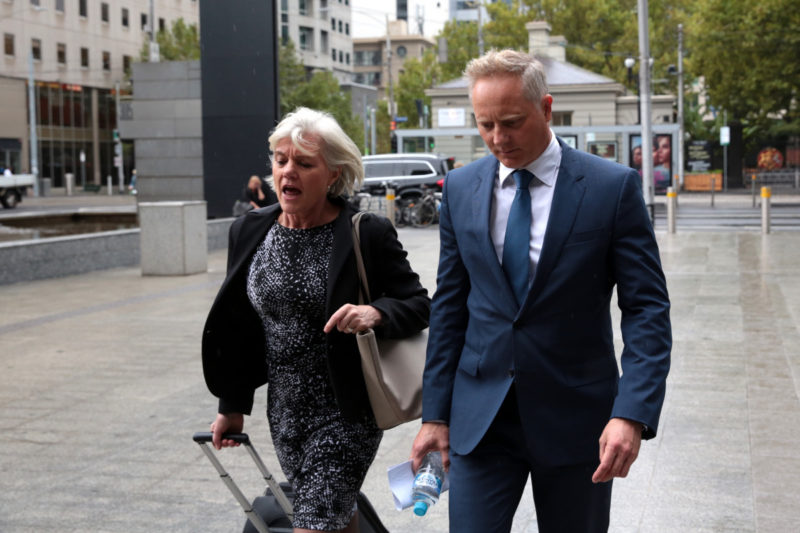 There is limited legal recourse to force Sam Henderson (right) to pay up, Photo: AAP

The first legal penalty against a financial adviser resulting from issues before the financial services royal commission has been handed down in the form of a $50,000 fine and costs against former celebrity adviser Sam Henderson.

But there is no certainty that Mr Henderson will pay up and no sure-fire legal way for the Financial Planning Association (FPA) to force him.

The hit came after the FPA’s independent Conduct Review Commission found he had breached its rules nine times in giving advice to a client that would have seen her lose $500,000 in superannuation entitlements if she had followed it.

Mr Henderson made a very poor choice of target when offering the bad advice. The client was lawyer and Fair Work Commissioner Donna McKenna, who rejected the advice, launched a complaint to the FPA and offered herself as a witness to the royal commission.

FPA chief executive Dante De Gori told The New Daily that levying the fine did not mean Mr Henderson would pay up as it has no legislative power to enforce it. Rather it relies on enforcing the contract entered into as a result of FPA membership.

“We would like him to pay it. If he doesn’t pay up, it would go through debt collection and a commercial decision by FPA about taking him through the courts,” Mr De Gori said.

Pursuing a roundabout legal remedy is a doubtful prospect for the FPA because the cost of enforcing it may not be worth the risk of failure. So much so that the FPA has not chanced its arm on such an action yet.

“We’ve never taken legal action before. A lot of people pay [when penalties are levied] but some don’t. It is possible he won’t pay the fee,” Mr De Gori said.

The Henderson penalty is by far the largest levied by the FPA.

To date, FPA has relied on the fear of action by regulators to make its penalties stick. An FPA member paid a $20,000 fine two years ago because he was being pursued by ASIC over the same issue.

“He wanted to demonstrate that he had complied with the fine,” Mr De Gori said.

The Australian Securities and Investments Commission (ASIC) is believed to have action against Mr Henderson in train. The FPA was investigating action against advisers from another firm that featured in the royal commission, Dover Financial. However, Mr De Gori said that investigation was over and no action had been taken.

ASIC has launched a civil penalty case against Dover’s principal, Terry McMaster, claiming he gave false and misleading information to clients by trying to undermine their rights to demand fair treatment. Mr McMaster caused a sensation when he collapsed in the witness box at the commission in April under sustained questioning.

In June, Mr McMaster suddenly closed Dover, sacking 400 advisers with 50,000 clients and $4 billion in investments. Mr McMaster has accused ASIC of pursuing a “vendetta” against him and said he was a “victim of deliberate humiliation and harassment”.

ASIC recently raised doubts about its ability to step up to the plate and act on the misconduct revealed by the royal commission. In a recent submission to the commission, the regulator stated its funding was being cut.

In real terms ASIC said its resources were the same as a decade ago and compared itself unfavourably to Hong Kong’s corporate regulator.

In 2017-18 ASIC said its comparable resources to Hong Kong were $336 million (AUD) in budget and 1514 full-time positions. The relevant Hong Kong regulator had a budget of $505 million and 2203 full-time staff. That was despite the fact ASIC has three times the number of financial groups to regulate, and four times the number of consumers to protect.

Another regulator, the Australian Prudential Regulation Authority, admitted at the commission it had been unwilling to act against fee-for-no-service scandals, waiting instead for ASIC to do something. That was taken as meaning it didn’t believe it had the regulatory authority to move.

He’s the first financial adviser fined from the royal commission. But he might not have to pay