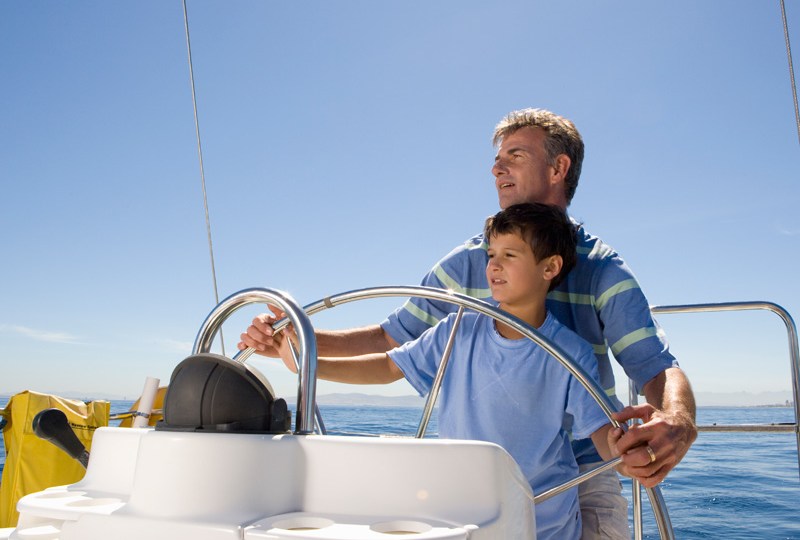 SMSFs are building wealth y futures for those who won't need the help. Photo: Getty

Self-managed superannuation funds are increasingly being used as slush funds to manage the assets of wealthy people rather than for building independent retirements, according to experts. 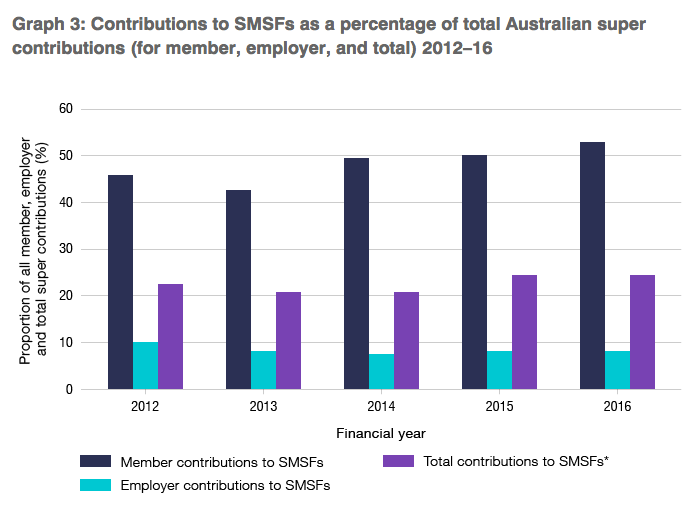 The ATO graph shows that personal contributions from SMSF members have moved from about 46 per cent of that category to around 54 per cent in four years and are far bigger than in other super funds. That is despite SMSFs being around 30 per cent of total super assets.

Most superannuation fund members rely on employer contributions mandated under the Super Guarantee to build balances as they don’t have the spare cash to make their own.

There are two main reasons SMSF owners make personal super contributions. One is because they are moving considerable amounts of capital into their funds with non-concessional, or non tax-deductible, contributions.

The other is that they are taking advantage of provisions for self-employed people to make concessional contributions. Those options are legal and SMSF owners are entitled to take advantage of them.

However, the fact that SMSF personal contributions are so big implies something about their owners.

“It’s probably driven by people who want to enjoy the tax concessions in super rather than by people who just want to save enough to live independently of the pension,” said John Quiggin, economist at the University of Queensland.

Some people with SMSFs are, of course, simply trying to build an adequate retirement. However, there is a preponderance of large balances in the sector because they attract the wealthy as a tax reduction vehicle.

Peter Davidson, researcher with the Australian Council of Social Services, said the SMSF figures are indicative of a wider problem.

“There are aspects of the superannuation system that are overly generous to people with substantial incomes and asset bases,” he said.

“Specifically with SMSFs they are used to avoid tax by wealthier people in situations where the aim is not about saving for retirement but more about strategies to churn assets you already have through super to get tax breaks along the way.

“People are building wealth to pass on to their families rather than fund retirement.”

Alternately, SMSFs are being pushed on people who are not really suited to having them by a rapacious advisory industry, he said.

“Unless you have $500,000 invested and are a sophisticated investor they are not the best way for people to invest their super.” 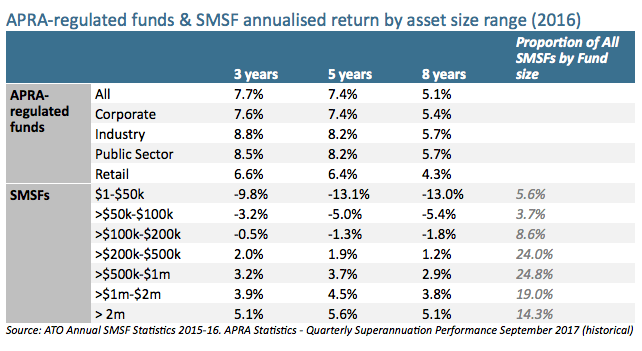 The research found that for all but funds worth $2 million or more SMSFs did not beat the average return on pooled super funds over eight years, and in most time periods SMSFs were outdone by both for-profit and not-for-profit funds.

The rush to SMSFs that was evident last decade seems to have slowed. Over the five years to 2017, SMSF assets grew 62 per cent while industry funds grew 99.3 per cent. Retail funds, which have been hit by an ageing membership, grew by 50.8 per cent over that period.