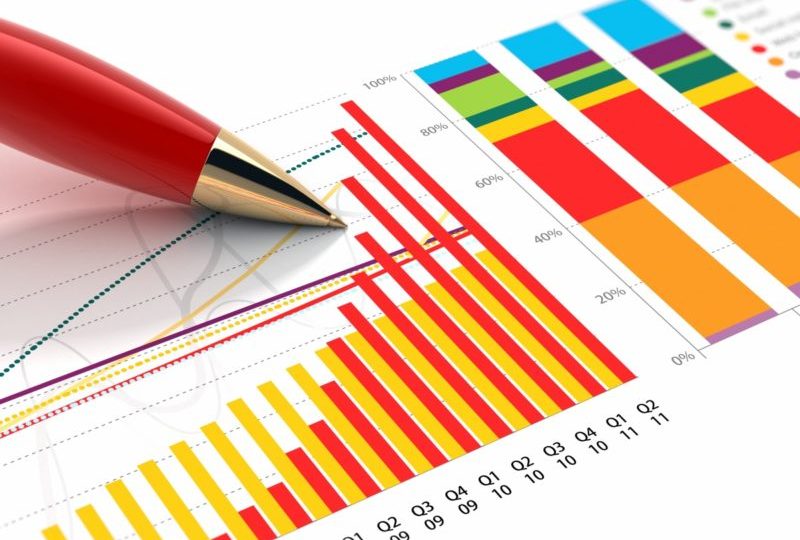 With returns strong it could be time to review your super options. Photo: Getty

It was a great year for superannuation in 2017 with SuperRatings reporting gains of 10.5 per cent for balanced options, the sixth successive year of gains and the first double-digit return since 2014.

With much of the growth coming out of stock markets, combined with a weaker Australian dollar, funds with higher exposures to growth assets did even better. SuperRatings reported growth funds returned 11.7 per cent for the year and high-growth funds 13 per cent.

With returns like that, the new year could be an opportune time for super fund members to review their strategies for the future, according to advisers.

For many people with limited balances, choosing the balanced option and forgetting about it may be the best strategy. Balanced funds typically invest between 60 and 76 per cent in growth options and that choice covers 60 to 70 per cent of Australia’s pooled superannuation investments, according to SuperRatings.

But reviewing your options is getting easier, with most funds now making financial advice available to members. Cbus head of advice and retirement Greg Harper said information can help members with more than just superannuation allocations.

“Whether it’s advice to get finances under control and manage mortgage or credit card debt right through to replacing the pay packet at retirement … the new year is as good a time as any to pick up the phone and make the first call to get your finances in order and take the stress away.”

Choosing a more aggressive strategy for super could also suit some people in younger age groups and older people with bigger balances have the possibility of many options.

Interestingly, in recent years you haven’t had to change investment options to change exposure to asset classes in superannuation because the funds themselves have moved with the opportunities.

International shares, conversely, have increased their presence from 22 per cent in 2010 to 26.3 per cent in 2017 and the exposure to alternative investments like private equity and infrastructure has more than doubled to 16.9 per cent over 12 years. 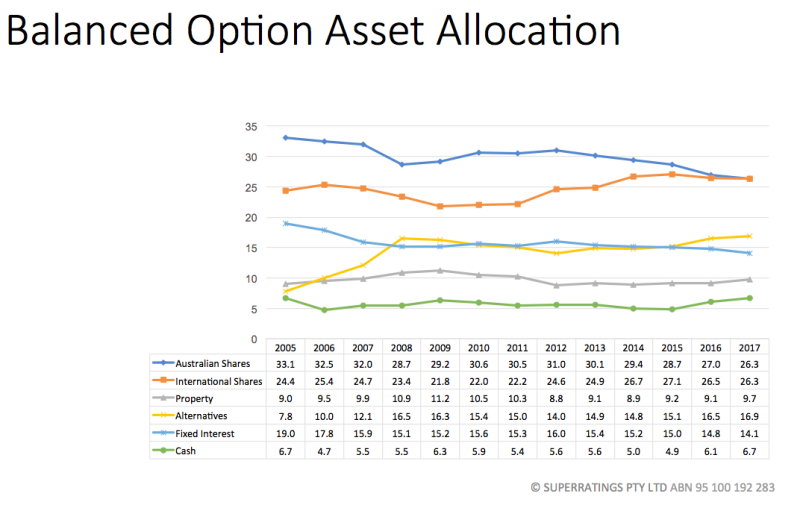 Fixed interest has shrunk from 19 per cent to 14.1 per cent of portfolios over the same period because, in the low interest rate environment, other investments have become more attractive, SuperRatings Kirby Rappell said.

“Funds have been selling into the fixed interest rally and making capital gains while interest rates fall,” he said.

Those looking for a hint at what fund managers think of the level of markets should observe the allocation to cash in the table which has risen from 4.9 to 6.7 per cent in two years.

“Quite a few funds have been raising cash allocations as they sell down fixed interest in the expectation of taking opportunities if markets fall,” Mr Rappell said.

Also the funds themselves are becoming more sophisticated with the make-up of default allocations being varied with the age of members.

Industry Fund Services CEO Cath Bowtell said “advice on a single issue like which allocation to invest in or is your insurance adequate can cost between $250 to $350”.

For those approaching retirement wanting a full financial plan the cost is closer to $2000, she said.

As superannuation returns hit double figures a review could be timely