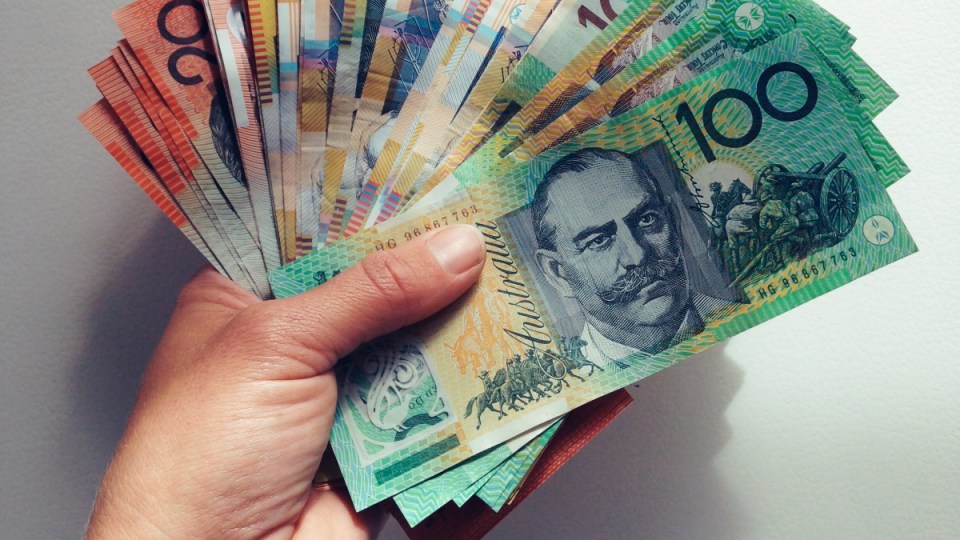 Cash handouts will go to about six millions Australians by the end of March. Photo: Getty

Superannuation fund members are due for a Christmas present with accounts on track to deliver double-digit returns for the 2017 calendar year, according to SuperRatings.

The benchmark will be achieved as a result of strong sharemarket gains and would only be reversed if there is a surprise market meltdown next week.

SuperRatings found that its benchmark balanced category recorded a 1.3 per cent rise in November, bringing the interim calendar year-to-date return to 9.9 per cent.

“In a year dominated by political uncertainty, nothing managed to deter the global rally we’ve seen since the start of the year,” CEO Kirby Rappell said.

“Australia’s super funds are on track to deliver double-digit gains, providing there is no late sell-off before Christmas.

“Despite the mining boom fading from view, resources shares have delivered through 2017 and helped shield investors from an otherwise lacklustre year for earnings.”

There had also been gains from international shares despite the rise in the Australian dollar which decreases relative values for foreign shares. 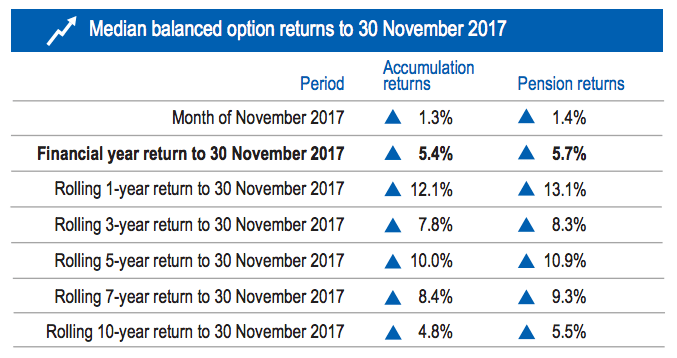 The strong performance of international shares was driven by the US market which was pushed into record territory late in the year.

A change of accounting standards means that total super values were being underreported. Applying these changes to APRA’s figures for June 30, 2017 means the system had $2.5 trillion invested, $200 billion more than the original stated figure of $2.3 trillion.

Essentially, the accounting change means that approximately $180 billion of unfunded public sector liabilities are now included in the APRA statistics. Unfunded liabilities are where government promises for future public service pensions are not matched by investments put aside to pay them.

The Future Fund was established by the Commonwealth to provide for its public service pension promises but only Queensland among the states has followed suit. Factoring in the net effects of the Future Fund means that Rice Warner now estimates superannuation balances to total $2.7 trillion. 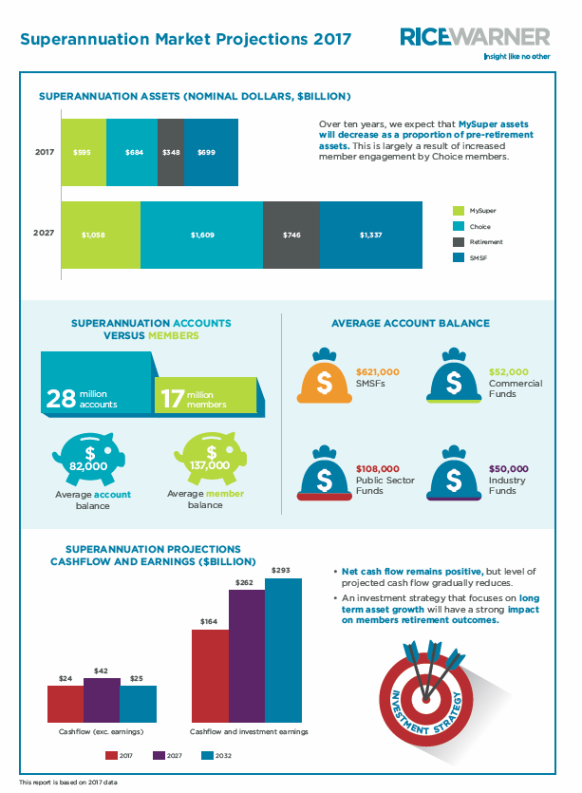 Rice Warner estimates that current growth in the super system means that by 2027 there will be $4 trillion invested for the retirement needs of Australians. It will grow to $4.3 trillion in 2032 (in 2017 dollars) and by the 2040s will reach 180 per cent of GDP, Rice Warner found.

Using the new calculations Rice Warner found that the average superannuation balance was now $82,000 and if the effects of multiple accounts in one name were removed the figure was now $137,000.

Net cashflows into superannuation funds are expected to peak at $42 billion in 2027 then fall back to $25 billion in 2032, just above current levels of $24 billion. The falloff from 2027 will result from an ageing population with more people retiring. 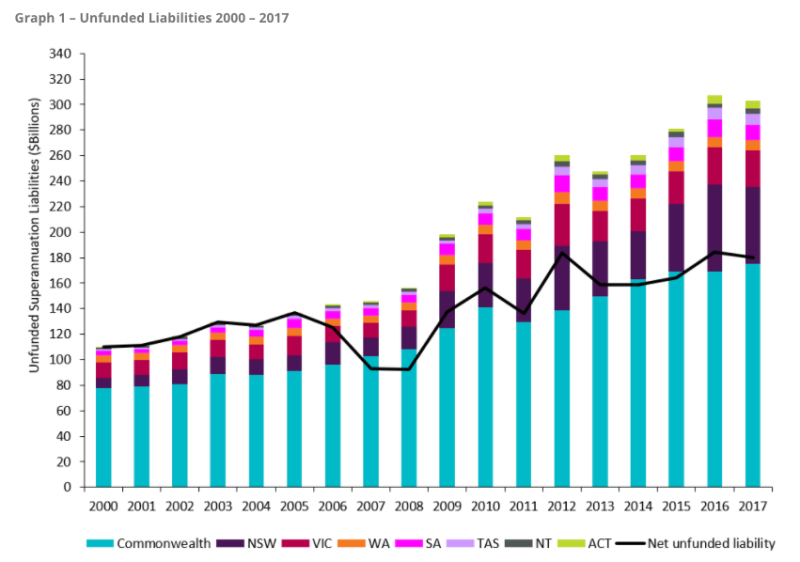 Rice Warner’s work shows that despite the influence of the Future Fund, public sector unfunded super liabilities have been growing.

The peak appears to have been in 2012, and in 2017 there was a slight fall from the previous year.

Superannuation heading for $4 trillion as 2017 returns in double digits