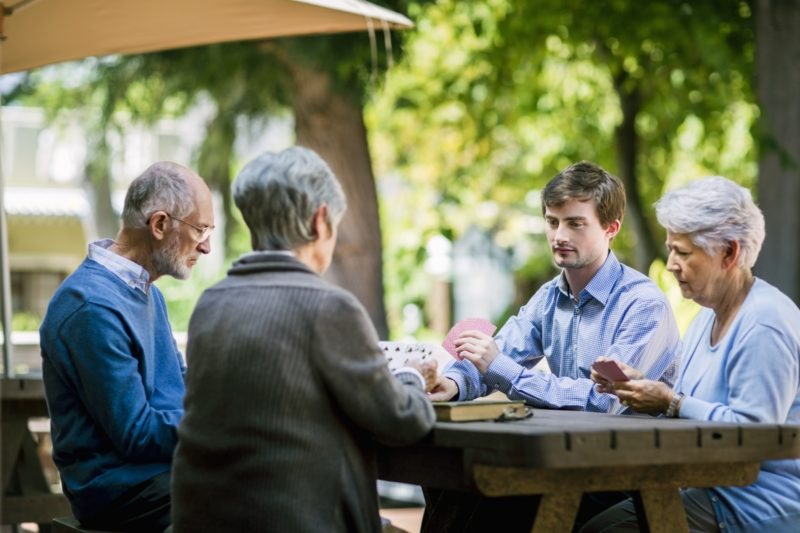 Australia's retirement system is better than it looks at first glance. Photo: Getty

Worries about the effects of Australia’s ageing population on public finances and retirement incomes are overblown, according to analysis of the OECD’s latest report into pensions.

But Australia spends relatively less on pensions than many other countries, which means people on lower incomes struggle in retirement.

It’s even further below some other countries, like the UK and Germany, which will have 48 per cent and 59.2 per cent respectively by 2050.

“If we all retired at the age of 65 there could be a problem but the fact that people are increasingly working beyond that will mitigate the effects,” he told The New Daily.

“Recent figures from the Reserve Bank showed a dramatic jump in the workforce participation rate among older people.”

The rise is being experienced among men and women which means the overall population is working into what have traditionally been retirement years. While retired Australians may make up less of the population than in some countries, what’s crucial to retirees is their financial position when they stop work. Here at first glance, is where Australia falls down.

Collectively we spend about 4 per cent of GDP on pensions, below the OECD average of between 9 and 10 per cent.

And Australians can expect to retire on 43 per cent of the average income of workers, compared to 63 per cent for the OECD average.

But the higher retirement incomes in other countries is because their pension schemes are contributory, like superannuation here. If super is factored into Australian figures, things look different.

Research by The New Daily shows that by 2020, pensions will cost the government about $50 billion while super tax concessions will be $46.4 billion. That will nearly double the government contribution to retirement to $96.4 billion, or roughly 8 per cent of GDP. That means retirees will enjoy higher incomes relative to average wages than the 43 per cent the OECD factors in.

Australia has a high rate of old-age income poverty – defined as the percentage of people aged 65-plus who live on less than 50 per cent of the country’s median income – at 26 per cent. That compares to 13 per cent across the OECD.

But this number is skewed by the reality that a lot of people take their super as a lump sum rather than as an income stream, making it difficult to know what their actual retirement incomes are.

However, the design of the Australian system leaves the growing number of people retiring without owning a home and with modest superannuation balances struggling big time.

“At the moment if you own a home you can just get by on the pension, especially if you’re in a couple,” said Paul Versteege, policy coordinator with the Combined Pensioners and Superannuants Association.

“But if you are one of a growing number of people retiring without owning a home, especially if you become single, you will find it very difficult to maintain a modest lifestyle.

“We need to review rent allowance.”