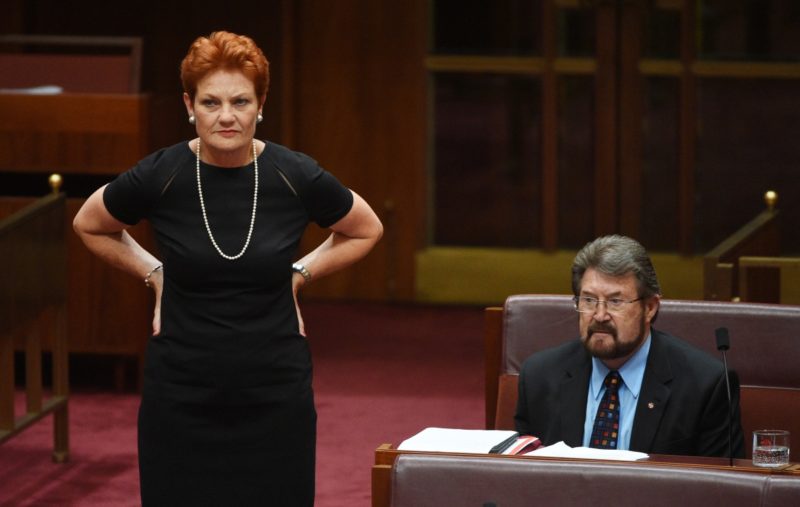 The Turnbull government’s superannuation agenda is in tatters after crossbench support evaporated, forcing it to pull its bills off the agenda in the Senate on Monday.

It is the second time the bills have failed, with the crossbench blocking an earlier attempt in 2015. They were then withdrawn when the 2016 election was called.

“The government has taken them off the notice paper and they won’t be voted on this year,” a spokesman for Revenue and Financial Services minister Kelly O’Dwyer told The New Daily.

The legislation, which would have changed board composition rules for industry super funds and brought in tighter regulation of default superannuation but not active choice funds, was opposed by Labor and the Greens.

That meant support from from crossbenchers including Pauline Hanson’s One Nation group, the Nick Xenophon Team and Derryn Hinch was necessary for it to pass the Senate.

But one parliamentary observer told The New Daily the crossbenchers “faded away under pressure”. That pressure mounted in the wake of the announcement of the royal commission into the finance sector last Thursday, which will examine whether super funds are operating in members’ best interests.

Industry Super Australia had called for the bills to be withdrawn saying they would effectively pre-empt the commission. The parliamentary observer said following the announcement of the commission “it all got too hard for the crossbench and it gave them an out”.

ISA public affairs director Matt Linden said “the government was unable to get support from the crossbench and had no choice but to pull the legislation”.

Ms O’Dwyer’s spokesman said the legislation was not off the agenda and would be reintroduced next year.

However, Mr Linden said it would need significant change to become law.

“It’s up to the government. If they want to get it through they will have to go back and revise the detail of the legislation.”

On Friday Ms O’Dwyer told the Association of Superannuation Funds of Australia conference in Sydney that the royal commission would not delay her super changes and that they were “long overdue”.

The government opened the day confident it would get the legislation through the Senate, putting it on the agenda for debate. But as the morning progressed it became less certain, adding speakers from its ranks to the debate, which observers saw as playing for time as they negotiated with the crossbench.

By 3pm hope had evaporated and the government led a vote to remove it from the notice paper, effectively surrendering its ambitions for super reforms for a second time.

Measures to be driven by the legislation include mandating the make-up of superannuation fund boards to include one-third independent directors and an independent chair.

This change would force many industry funds to abandon the “equal representation” model where the trustees of a fund are made up of equal numbers of employer representatives and representatives of the workers who are fund members, usually nominated by unions.

Former APRA research chief Wilson Sy described the changes to the trustee model as “bizarre” and “looting” workers’ retirement savings for profit. The government is trying to force changes on the “world’s best practice” industry super fund model, which has persistently and consistently delivered significantly higher returns for members than the retail funds run for profit by banks and big financial conglomerates.