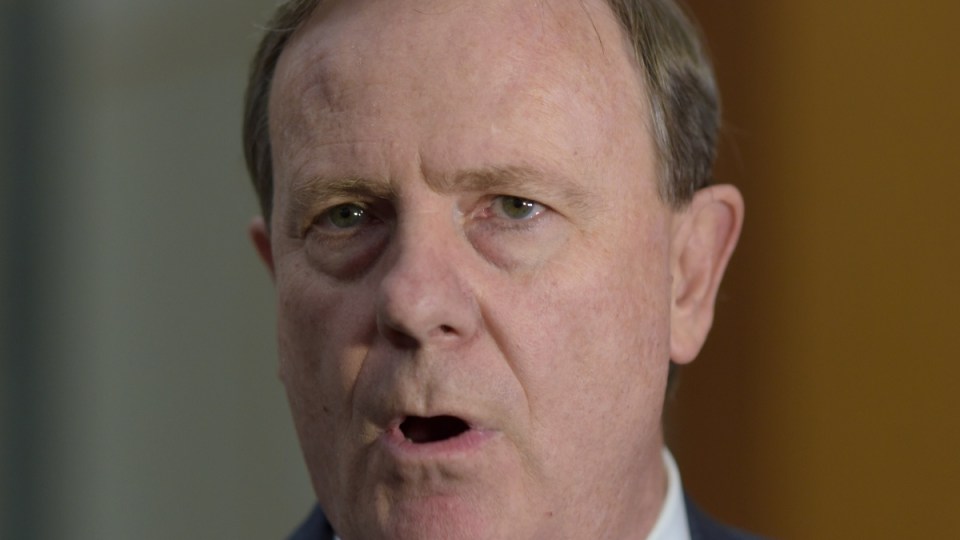 The former treasurer has floated the idea of nationalising compulsory super inside the Future Fund. Photo: AAP
exclusive

The Future Fund has categorically rejected its chairman Peter Costello’s call to nationalise the $600 billion default superannuation system using Australia’s sovereign wealth fund or a similar vehicle to manage it.

When asked by The New Daily whether the fund was planning for the possibility of taking in default super, Future Fund CEO David Neal said “no”.

“Those comments were made in his [Mr Costello’s] personal capacity,” Mr Neal said at the 2017 Association of Superannuation Funds of Australia conference in Sydney on Wednesday.

“The Future Fund has no plans at all in that area.”

The Future Fund was set up by the Howard government and seeded with money from the privatisation of Telstra to pay the pensions of public servants covered by generous, and now closed, schemes that promise a set benefit regardless of market movements.

The idea of using it or a purpose-built national fund to manage default super was floated by Mr Costello in October when he said there was a “fair argument” for allocating compulsory super contributions to a “national safety net administrator” because of the “huge economies of scale”.

“The government decided to go into superannuation. The government should show an interest in managing it,” Mr Costello said at the time.

The Costello call is big news because default super, the funds covering the 66 per cent of workers who don’t actively choose where their super should go, is in play politically. The Productivity Commission is conducting a review that will likely recommend the end of the current default system that allocates funds under industrial awards.

The $600 billion default system represents a quarter of all super and one-third of all super in pooled funds. If the Future Fund were to be chosen to manage default super it would represent a massive growth from its current $160 billion asset base.

Martin Fahy, CEO of the Association of Superannuation Funds of Australia, an umbrella group for the whole super industry, told The New Daily there would be no benefit moving default super to the Future Fund.

“The top-performing funds would have performed better than that and the Future Fund doesn’t have all the costs of running a super fund. If it did the returns would be lower.”

Dr Fahy said creating a new vehicle to run the default super system would also be very expensive and the costs would have to come out of the returns for members.

“The Australian Taxation Office’s new SuperStream system cost $900 million to set up so these things are very expensive,” he said.

To that needs to be added the costs associated with running individual accounts for 15 million Australian super fund members, the costs of communicating with them and regulatory costs incurred by existing super funds.