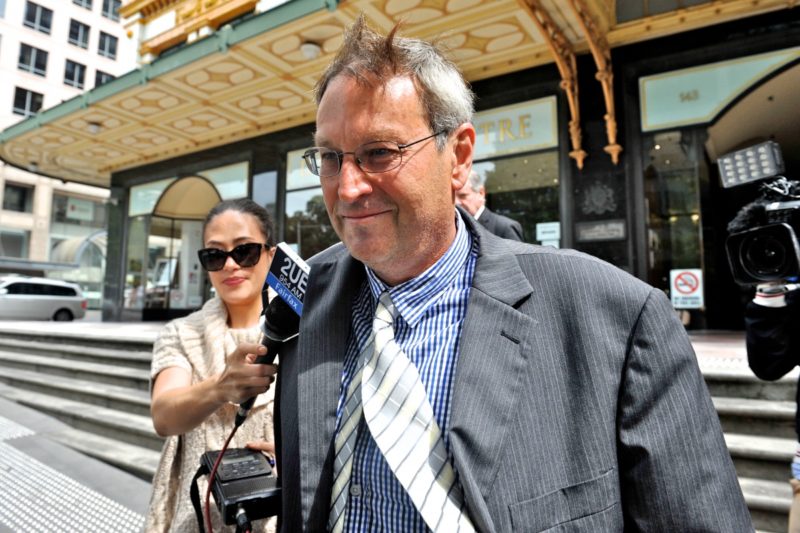 Victims of crime may be able to access the superannuation funds of perpetrators following a review, with Revenue and Financial Services minister Kelly O’Dwyer saying “the Commonwealth is very open to changing the law in this regard”.

The review came as a result of lobbying by families of the nine victims of convicted paedophile Maurice Van Ryn, who is suspected to have put millions out of reach in his super fund.

Van Ryn, a former CEO of Bega Cheese, was sentenced to 13 years and six months with a non-parole period of seven years in 2015 after an appeal against a more lenient sentence was successful.

The offences included the rape of a 15-year-old boy, repeatedly performing oral sex on another and molesting and indecently assaulting other children, often after grooming them with gifts and sweets.

When Van Ryn’s victims tried to claim compensation he threatened them from behind bars saying he would force them to be medically examined and quizzed in the witness box if they continued.

Van Ryn, 62, claimed he had only $26,962 to his name despite his former status as a multi-millionaire, when victims were successful in getting the courts to freeze his assets in 2015.

However, victims rights groups have calculated that he had assets of $9 million prior to his conviction and have raised the possibility that the assets have been moved into his private superannuation fund.

Ms O’Dwyer, speaking about the Van Ryn case, told ABC radio “terrible crimes have occurred that have affected so many victims and their families in the local community.

Your point about should people able to preserve their superannuation and deny access to victims of crime I think is actually a very good one”.

“I don’t see why someone should be able to protect their assets through superannuation in circumstances where a victim would otherwise be granted access to those assets.

“It absolutely will look at whether or not superannuation ought to remain protected in certain circumstances … where there are bankruptcies, where there are divorce proceedings, somebody can’t deny access to their superannuation … the Commonwealth is very open to changing the law in this regard so we will go out for comment.”

Following the review “we will look to make changes early in the new year”, she said.

Melbourne barrister Bruno Kiernan said: “Current law treats superannuation as an asset held in trust and you don’t have an entitlement to it till you reach preservation age. Till then it’s not your asset.”

The industry superannuation movement has been calling for some time for early access to super for victims of domestic violence. HESTA chief Debbie Blakey wants domestic violence survivors to be able to access up to $10,000 from their own retirement savings to assist with counselling, temporary accommodation and job-seeking.

Such a change would require an extension of rules for accessing super on compassionate grounds.

Allowing victims of crime to chase perpetrators’ super would be far more complex with laws in different areas needing change. It would also need to balance the rights of the families of deceased perpetrators who currently have rights to their super.