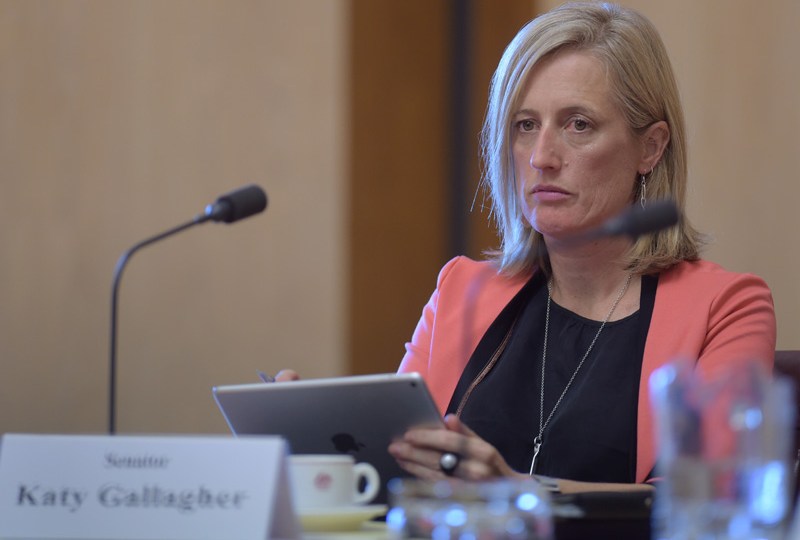 Her move to superannuation follows the elevation of the previous Labor Superannuation Shadow, Jim Chalmers, to Shadow Minister for Finance.

Senator Gallagher has deep political and administrative experience, having served in ACT ministries including health and treasury. She was ACT Chief Minister from 2011, at the age of 40, to December 2014, when she resigned and stood for a Senate position vacated by Kate Lundy.

As ACT Health minister in 2010, she conducted controversial and politically charged reviews of health outcomes and doctors’ conditions at Canberra Hospital.

Ms Gallagher also faced pressure from the Catholic Church, following a decision by the ACT Government to buy the Church’s Calvary hospital.

The ensuing dispute lead to a no confidence motion against her by then Liberal leader, Zed Seselja, who entered Federal Parliament at the recent election. The motion was defeated.

Senator Gallagher will deal with her opposite number in the government, Revenue and Financial Services Minister Kelly O’Dwyer.

Senator Gallagher is in the left faction of the party but received both left and right support to enter the Senate.

Industry Super Australia CEO, David Whiteley, said “Industry SuperFunds welcomes the appointment of Katy Gallagher. We look forward to working with her on how to best protect Australians’ interests when it comes to their superannuation savings.”

The New Daily is owned by a group of industry superannuation funds.