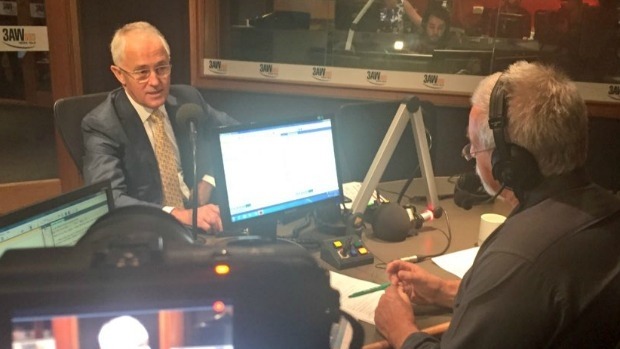 If you’re using the transition-to-retirement arrangements in superannuation to try to reduce your tax in the final years of your working life, you’re probably not doing yourself any favours, according to Prime Minister Malcolm Turnbull.

In fact, the only people who can really benefit from the TTR arrangement are wealthy tax avoiders, the PM said.

Speaking to Neil Mitchell on Melbourne’s 3AW on Friday, Mr Turnbull gave his views on the issue.

“Believe me – the TTR – that is a mechanism that is overwhelmingly used as a tax avoidance measure on a very high income. Anyone on a low income who is in effect taking money out of super before they retire is being really badly advised.”

“If you are on 70 or 80 grand a year, you should be putting more into your super, not pulling it out before you retire,” the PM said.

The TTR is one of the targets of the government’s super reforms and TTR pensions are earmarked to attract a 15 per cent tax from July 2017 if the changes go through Parliament.

Given Mr Turnbull’s comments, the TTR changes should pass uncontested.

However, the contentious changes to the planned $500,000 cap on non-concessional contributions are up for some intense negotiation in coming weeks.

“Well – we’re certainly looking at transitional and implementation aspects of it – and so there is always, if you like, fine tuning that goes on with any changes to taxation,” the PM commented.

That fine tuning process is imminent with Revenue and Financial Services Minister, Kelly O’Dwyer telling a Financial Services Council summit in Melbourne on Thursday, the government will “begin consultation on exposure draft legislation shortly and, consistent with usual practice, will listen carefully to advice on the design of the legislation”.

The consultations will be a tricky process for the government. They will involve taking on board the concerns and views of stakeholders like accounting firms, the super industry and activist groups.

At the same time the PM, Ms O’Dwyer and Treasurer Scott Morrison will have to steer the reforms through the Coalition where conservative elements like Senator Eric Abetz and Queensland Nationals MP George Christensen want to force changes to the to non-concessional cap plans.

The PM is fast-tracking consultations in an attempt to have draft legislation for the partly room to vote on before Parliament resumes on August 30.

Once introduced to Parliament the changes face a rocky passage in the Senate. Crossbenchers Senator Nick Xenophon and Pauline Hanson have expressed opposition to what they see as retrospective elements in the $500,000 lifetime non-concessional cap.

Treasurer Scott Morrison is playing hard ball in the super debate.“It’s important to understand that the changes we put forward in the budget are an essential part of doing two things — making superannuation more sustainable, and fairer into the future,” he said this week.

“The other issue that it addresses clearly is the one of fiscal sustainability. When things come off the table, other things have to go on because of our obligations to reduce the deficit, to return the budget to balance, to address the concerns raised by the agencies which can have an impact on our rating,” Mr Morrison said.