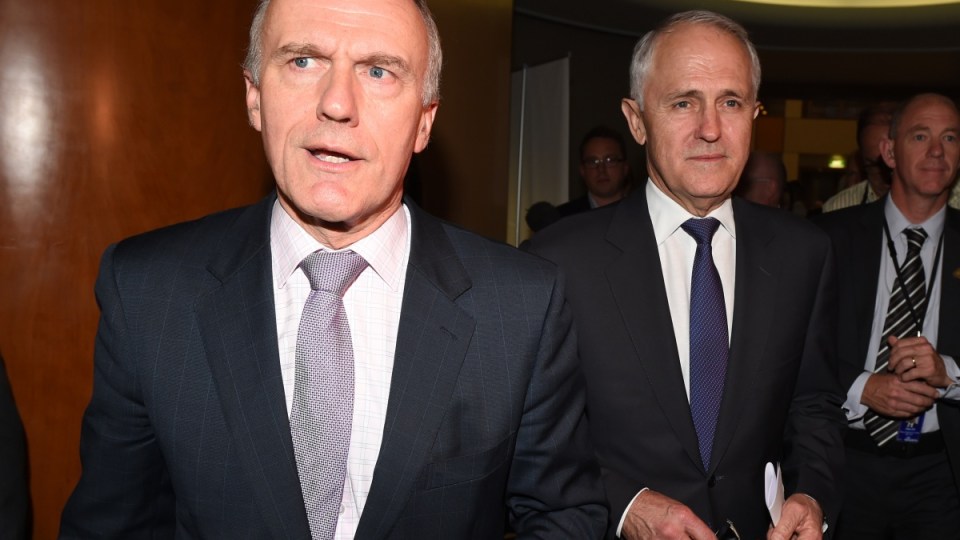 Eric Abetz says there is more push back on superannuation in the Coalition than some think. Photo: AAP

The conservative Liberal senator told Sky News that concerns with the policy do “reach out beyond the alleged divides within the [Liberal] party”.

Coalition figures have suggested the policy, which would impose more tax on superannuation, had lost it votes at the recent federal election.

He cited a “leak courtesy of somebody in Cabinet” – reported in The Australian – as proof that Prime Minister Malcolm Turnbull faced wide opposition to his changes.

“I note that in a bizarre way the commentary on this suggests that there’s a rump of conservatives [dissenting] on this issue,” Senator Abetz said.

“Julie Bishop and Christopher Pyne were also uncomfortable with the [superannuation] policy positioning which would suggest that this is an issue that does reach out beyond the alleged divides within the party.

“So, let’s just get a bit of a reality check that this was in the budget, that wasn’t properly ventilated through the party room.”

Senator Abetz said he had purposely not commented on superannuation during the eight-week election campaign to avoid causing “unnecessary issues”.

The Tasmanian senator was comfortable using the cabinet leaks to strengthen his case for changes to the superannuation policy.

However in 2015, Senator Abetz said his colleagues who leaked against then-PM Tony Abbott were “gutless”.

Julie Bishop and Christopher Pyne were also uncomfortable with the [superannuation] policy positioning which would suggest that this is an issue that does reach out beyond the alleged divides within the party.
Senator Cory Bernardi

The current limit on after-tax superannuation contributions is $180,000 per annum.

During the election campaign Mr Turnbull said the superannuation policy was “iron clad” but since has seemed more flexible.

The policy was due to be discussed at Monday’s Coalition party room meeting, but has been pushed back.

He promised he would “listen keenly” to the concerns of backbenchers about the superannuation policy before it became legislation.