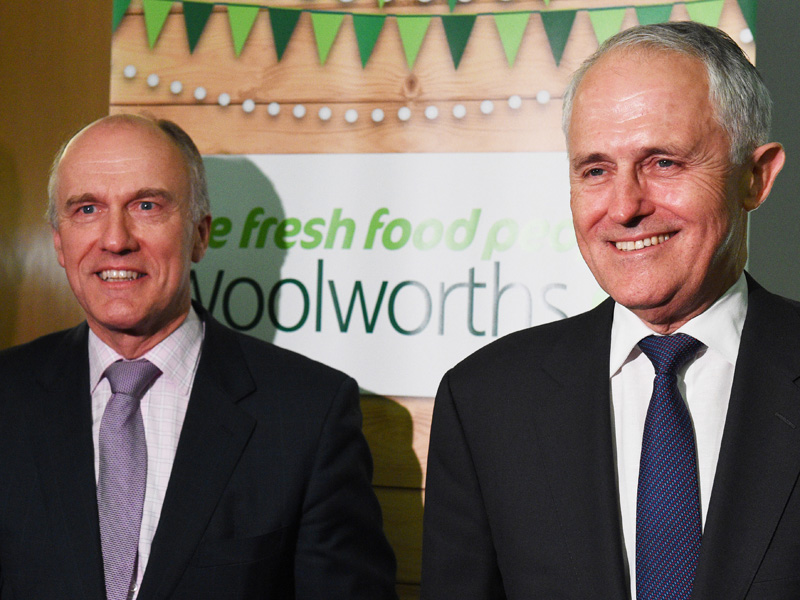 Prime Minister Malcolm Turnbull dodged a party room brawl over superannuation on Monday, kicking the super can down the road at his first party room meeting since winning a paper-thin majority at the July 2 election.

In recent days the scene has been set for a super showdown, as conservative Liberals, like Tasmanian Senator Eric Abetz and South Australian Senator Cory Bernardi, demanded changes to the planned cutting of non-concessional contribution caps to $500,000, backdated to July 2007.

During the election campaign, the Prime Minister insisted the $2.5 billion super reform package would be implemented in its entirety.

However, as opposition mounted in recent days, Mr Turnbull sought to placate the critics, telling journalists: “We are listening very keenly, I am listening very keenly and carefully to concerns that have been raised by my colleagues, and of course by other people in the community as well.”

The conservative faction had pledged to bring the issue to a head at the party room meeting. However only one question was raised on the issue, by Senator Abetz, and there was “some discussion on peripheral issues around super”, one observer said.

But decisions on the issue were put off to “party room committees” which will prepare the legislation that will be introduced to Parliament, probably later this year, a Liberal insider said.

Mr Turnbull foreshadowed negotiated changes to the super package on Sunday, saying: “There already have been some technical details that have been addressed by the Treasurer and no doubt there will be others.”

But on Monday night, Foreign Minister Julie Bishop gave a strong indication that a backdown on the issue is not on the cards.

When questioned by Waleed Aly about the government’s superannuation intentions on Channel 10’s The Project,  Ms Bishop said: “Everybody in the party room agrees that the superannuation system needs to be fit for its purpose, and that is to provide retirement income or a supplement to the age pension.”

“It’s not for tax minimisation, it’s not for estate planning,” she said. “And there were significant savings in the changes that we proposed. So we have an obligation, I believe, to present to the houses of parliament the budget measures that we took to the election.”

It is believed the conservative faction of the party wants to see provisions made to allow the non-concessional contribution cap to be greater than $500,000 in certain circumstances. These include where people receive gifts and inheritances, where long-held properties or shares are sold and in the case of divorce settlements.

There has also been heavy criticism of the plan to backdate the non-concessional cap limit start date to July 1 2007, both within the Liberal Party and also within Labor. Labor leader Bill Shorten said on Monday “a lot of these change appear on their face to be retrospective”.

“In other words, people have made investment decisions based upon one set of laws, now what they’re required to do with these latest changes in the Budget, Mr Turnbull’s Budget, is that they have to go back and they’re going to be penalised for decisions they made based in good faith on previous laws.”

Labor had said it would review the super plans before making a final decision.

However, Mr Shorten has upped the ante, calling for “an independent review which reports to the Parliament because many experts are saying exactly the opposite, that the transition to retirement and other measures proposed by this government are simply retrospective in nature”.

The Senate will be tricky

The super reform legislation will have to be negotiated though a Senate controlled by crossbench forces including Senator Nick Xenophon, Pauline Hanson and the Greens.

Passage through the upper house will be difficult, with Senator Xenophon telling Fairfax Media the government “obviously needs to rethink” the new $500,000 lifetime cap on non-concessional super contributions and the lowering of the annual concessional contributions cap to $25,000.

“As they stand, these changes are unlikely to get through their own ranks let alone the Senate,” he said. “There is clearly scope for some reform in the super sector but I think the government will have to go away and consult more before coming back with a modified package.”

Mr Turnbull, Treasurer Scott Morrison and Liberal heavyweight Senator Arthur Sinodinos have been defending the package, telling dissenting party members: “There are financial consequences if there are any changes. Those arguing for change will be asked, ‘Where do you intend to find the savings from?’.”

Liberals kick the super can down the road