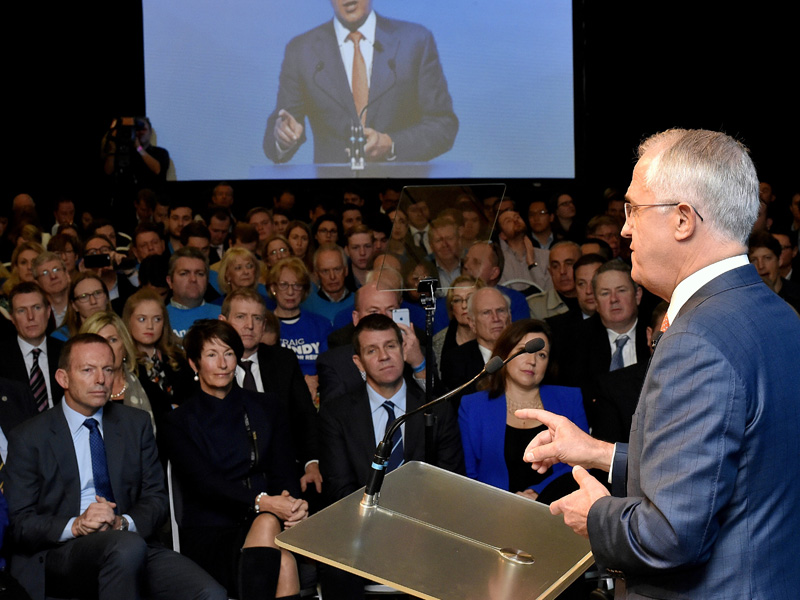 Outspoken Tasmanian Senator Eric Abetz is preparing to do battle with the Prime Minister over superannuation, saying there will be a fight in the Liberal Party to reshape planned reforms before they get to Parliament.

• Turnbull faces party revolt on super changes
• This is what the crossbench think about major issues
• Is this splitsville for Libs?

A spokesman for Senator Abetz, who has consistently opposed elements of the package, told The New Daily that “the super reform package is up for discussion”.

“It was presented with the budget but it will require legislation, so it will need to go through the party room.”

Fairfax quoted a senior Liberal source as saying: “There are financial consequences if there are any changes. Those arguing for change will be asked, ‘Where do you intend to find the savings from?’.”

However, Senator Abetz’s spokesman said a significant number of people within the Liberal Party want change. “It’s being widely debated within the party,” he said.

There are two issues for Liberals

Internal critics of the package within the Coalition ranks oppose two specific areas of the new policy: the imposition of new lifetime non-concessional caps and the reduction of annual concessional cap limits from $35,000 or $30,000 to $25,000.

Senator Abetz’s main point of contention is the introduction of $500,000 lifetime non-concessional caps for super back-dated to July 1 2007, which he and other critics say is retrospective. Other Liberals are more focused on stopping the reduction of concessional cap limits.

There is also opposition to the reforms outside the government. Labor criticised the non-concessional cap changes during the election campaign, with Opposition Leader Bill Shorten describing them as “retrospective”.

However, the party appeared to weaken its position on Tuesday, with its financial services spokesman Jim Chalmers saying Labor may support the policy if its planned review of the proposals finds them fair.

“If there’s a case that can be made that they’re workable and fair then we will support them,” the ABC reported.

However Labor’s concerns about retrospectivity have not altogether dissipated.

“If there are improvements which could be made, for example, if you could make that $500,000 cap prospective rather than retrospective, that’s worth a discussion, that’s worth looking at.”

The superannuation industry remains critical of parts of the reform package. Pauline Vamos, CEO of the Association of Superannuation Funds of Australia (ASFA), told The New Daily “most of the elements need to go through, as some measures pay for others”.

ASFA wants change at the edges

“We’re arguing for some changes round the edges; with the plans to reduce concessional caps.”

Higher caps would allow people to contribute more in later life to build up a balance pre-retirement, she said.

“We would prefer higher non-concessional caps, but we’d rather retain the ability for people to make tax-deductible contributions without having to work out salary sacrifice arrangements with their employers,” she said.

Ian Silk, CEO of Australia’s biggest super fund, AustralianSuper, told the ABC opposition to the reform package within the Liberal Party meant “we don’t know what proposal will ultimately make its way to Parliament”.

“If that position was maintained, we’d support that.”