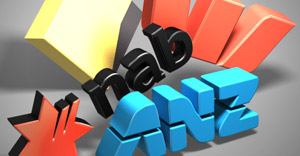 The figures were based on estimates supplied by the banks this month. Graphic: Simon Rankin.

ISA deputy chief executive Robbie Campo said the Productivity Commission’s review into the efficiency of the system was an opportunity to update evidence that “the persistent average underperformance of bank-owned super funds is due partly to shareholder interests being placed ahead of fund members”.

APRA’s latest quarterly data released on Tuesday shows that not-for-profit funds outperformed retail funds by 1.89 per cent in average returns over the last 11 years from December 2004 to March 2016.

“The outperformance of not-for-profit funds highlights a significant gap in returns for members of ‘for profit’ funds,” Ms Campo said.

“The average underperformance could result in many thousands of dollars less in retirement savings for Australians and place more pressure on the economy through increased future costs of the pension.”

Ms Campo says these figures highlight the importance of having a safety net of high-performing funds listed as default funds in awards.

“The large portion of workers who don’t choose a fund or rely on their employer to choose a fund from a shortlist should be able to be confident that their retirement savings are secure with a high-performing fund that is run only to benefit them.”

Ms Campo said that given the compulsory nature of super, funds had an obligation to maximise returns to provide their members with a comfortable level of retirement income.

“Not-for-profit funds are fulfilling this obligation, with consistent average outperformance demonstrating a superior member-focused business model and approach to investment,” she said.

“These latest performance figures raise a genuine question about whether retail fund trustees can balance the conflict between generating profits for their parent entity shareholders versus the long-term interests of their members.”

*The New Daily is owned by a group of industry super funds.