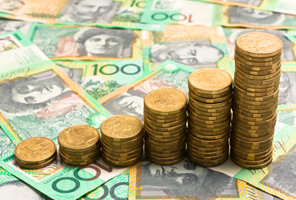 Industry funds and retail funds performed broadly in line with each other in April, returning 1.5 per cent and 1.4 per cent respectively. But industry funds continue to hold the advantage over the longer term, having returned 6.9 per cent per annum against 5.6 per cent for retail funds over the 15 years to April 2016 .

“Following a rise of 1.8 per cent in March, the median growth fund (61 to 80 per cent allocation to growth assets) gained another 1.4 per cent in April,” Chant West said.

“That takes the return over the 10 months of the financial year to date to 1.7 per cent.”

Australian shares were the main positive contributors, rising 3.3 per cent over the month.

“We estimate that the median growth fund is up a little over 1 per cent so far in May, so with only six weeks remaining we’re now sitting at about 3 per cent for the financial year to date,” said Chant West director, Warren Chant. “That means it’s slightly better than an even money bet that we’ll see a seventh consecutive positive year.”

“But members shouldn’t be too disappointed with anything in positive territory, considering the patchy global economic environment, the volatility we’ve seen in share markets worldwide and the fact that super funds have had a particularly good run in recent years.”

“April saw another solid month for superannuation, but the prospect of a positive financial year return is not a certainty,” said SuperRatings chairman Jeff Bresnahan.

“Following the rocky start to the year, investors are now more upbeat, and we have seen that reflected in the current market recovery. But significant downside risks and a lot of uncertainty in the global economy remain.

“Outside of share markets, global returns on fixed income are low, and zero and negative interest rate policies are presenting a real challenge for funds seeking to achieve their risk and return targets.”

* The New Daily is owned by a group of industry super funds.