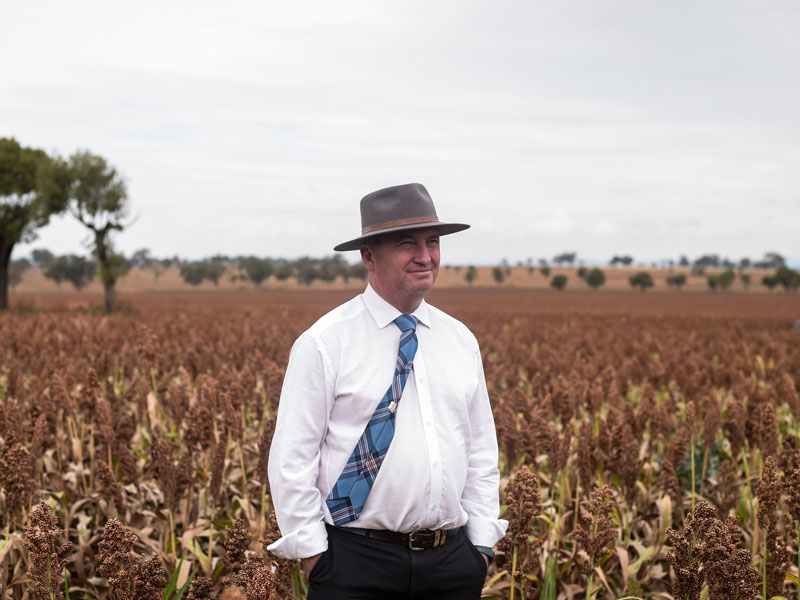 “I truly believe the Australian people want more than 0.3 of 1 per cent of their superannuation invested (there),” Mr Joyce recently told the ABC’s PM program.

Sorry Barnaby, but I beg to differ – I very much doubt that Australian super fund members want to see their trustees invest in an underperforming asset class.

Because, while there are exceptions, that is precisely the outcome that Australian investors of all types – farmers, corporations and investment funds – have experienced on average in the agricultural sector.

Ironically, it’s a very different story for many offshore investors. That’s because they ­– particularly Chinese and Indian investors – can often be relatively certain of the prices and quantities that will be available to them when they export the output of Australian farms.

And why is that? Because they control or, at least, powerfully influence distribution chains in their own countries.

I am sure that we would invest a lot more superannuation dollars in all Australian industries if governments and businesses could find ways to better secure distribution arrangements.

However, if we have governments philosophically opposed to active industry policies and intervention in markets to achieve long-term economic goals then they cannot complain when superannuation investors bypass or underweight sectors that simply do not provide the opportunity to maximise the retirement incomes of working Australians.

Our $2 trillion superannuation industry is by far the most significant source of capital for Australian enterprises through investment in the Australian stock market. This absorbs some 30-35 per cent of the funds. A further sizeable chunk is dedicated to Australian property and government and semi-government bonds and credit securities for Australian business.

Industry super funds in particular have been pioneering investors in Australian infrastructure of all types, from ports and airports to roads, energy facilities and water infrastructure.

IFM Investors, the industry fund-owned company of which I am chair, has become a global leader in infrastructure investment based on its 20-year record investing in Australian infrastructure.

With some $70 billion in funds under management it is continuing to grow rapidly and remains keen to engage with governments on ways to better link our world-class superannuation system to our long-term national aspirations for socially and environmentally sustainable investment.

This could well include more superannuation investment in our rural sector provided the mechanisms are developed to ensure that such a goal is consistent with providing sound returns on the retirement savings of working Australians and retirees.

Our political leaders would do better to actively engage in dialogue with the superannuation industry rather than periodically destabilise it with ill-thought-out legislative initiatives and off-the-cuff press statements.

Garry Weaven is chair of The New Daily and of IFM Investors, which manages money globally for super funds and like investors. Why Barnaby is wrong about farm investment