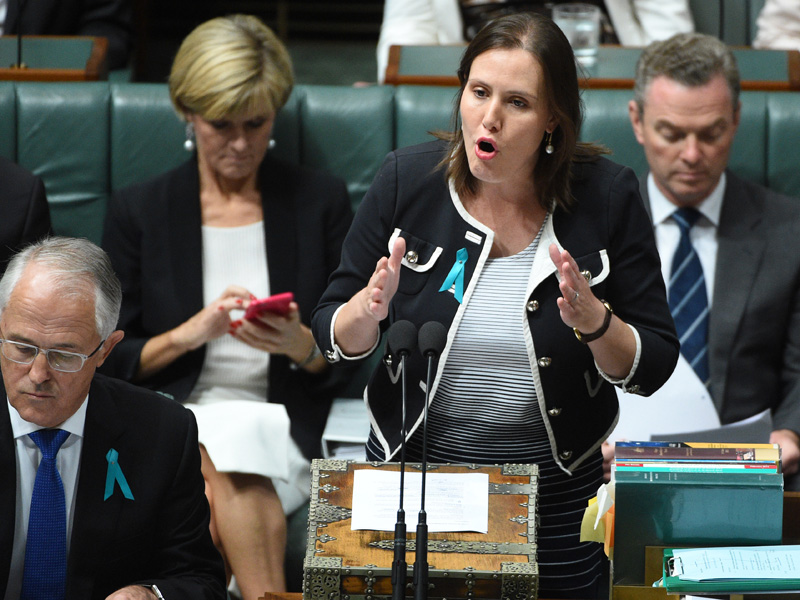 Kelly O'Dwyer is turning her back on politics - and the word is that Julie Bishop might walk as well. Photo: AAP

The Turnbull government plans to consult key stakeholders in the superannuation sector later this month with the aim of “defining the objectives of superannuation in law”, Assistant Treasurer Kelly O’Dwyer announced on Wednesday.

Ms O’Dwyer told a Melbourne business meeting that as part of the government’s response to the Financial System Inquiry she would host a Canberra roundtable on March 18 with representatives from the sector.

But she gave few clues as to what changes to super the government was considering.

The lack of detail on super is causing concern in some sections of the industry.

The only hint came when Ms O’Dwyer told the Association of Superannuation Funds of Australia gathering: “The objective of superannuation is to provide income in retirement to substitute or supplement the aged pension. It is not intended to be a support for the accumulation of wealth to pass down to subsequent generations.”

The statement could demonstrate that the government is unhappy with a system that allows millions to be built up in super balances by the wealthy.

The income from such funds then provides tax-free retirements with chunks of the capital being passed on to spouses and children when the retiree dies.

To break that system, the government would have to make significant changes to super tax arrangements.

Senator Arthur Sinodinos, Liberal heavyweight and a former Assistant Treasurer, later told Sky News that “super is being looked at and we’ll have more to say in due course”.

Mr Sinodinos described the current system as “very mixed” and pledged to create a system that protected the pension and retirement income systems.

Ms O’Dwyer gave no hint of when Mr Sinodinos’ “due course” may come.