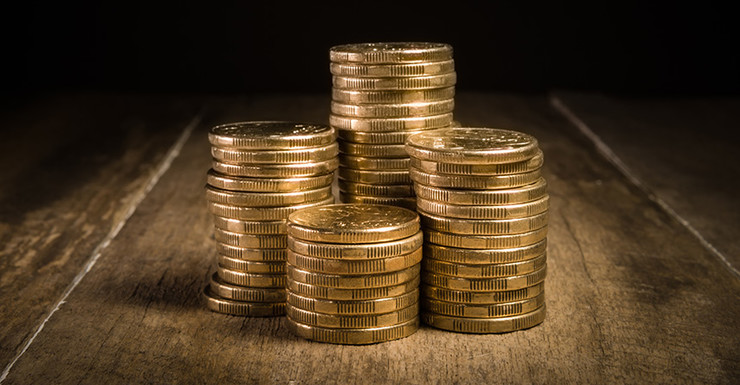 Forget increasing or decreasing the superannuation guarantee levy, this is what Michael Pascoe says needs to change. Photo: Getty

Any move to freeze the compulsory superannuation levy paid by employers on behalf of 9.5 million Australians would be a “very dramatic blow to retirement incomes,” the shadow treasurer Chris Bowen warned today.

“If Scott Morrison thinks that 9.5 per cent is enough for a dignified retirement he is completely out of touch,” Mr Bowen told ABC radio on Friday morning.

He was commenting on reports the Turnbull Government was planning to scrap commitments to raise the levy to 12 per cent by 2025 and instead freeze it at its current rate of 9.5 per cent.

The proposal to hold the compulsory rate of superannuation at 9.5 per cent was first reported by The Australian. Originally the move to 12 per cent was to happen in 2019 but the Abbott government put the date back first to 2022 then to 2025.

Industry Super Australia chief executive David Whitely said “it is hard to believe the government would seriously consider capping increases to universal, compulsory super, one of the major pillars in our retirement income system and our economy.”

“Speculation that such a measure would pay for income tax cuts is absurd. There would not be one dollar of savings in the budget forward estimates, and only a modest $500 million saving in 2021-22 which would deliver a tax cut of less than a dollar a week,” he said.

“With our ageing population, these proposals wouldn’t just hit retirees in the hip pocket but reduce capital investment which in turn will have a negative impact on productivity, real wages and economic growth. Retirement incomes policy-making must be predictable and stable,” said Mr Whiteley.

“Especially amid the current volatility of the market, the superannuation system needs stable tax, regulatory and policy settings the public can rely on, placed well beyond the reach of the short term budget cycle.”

ISA research shows a typical female industry super fund member, earning at most 70% of average full-time wages, could expect to lose $74,293 in retirement benefits in real terms over her entire working life under the proposals.

Mr Whiteley said the proposed freeze would cut a person’s super balance at retirement by 20 per cent and reduce national super savings by more than $900 billion by 2055.

ISA modelling also shows the Government would need to pay 6% more in age pension outlays to make up for the shortfall in superannuation savings, which would increase pressure on taxpayers and the long term budget.

The Treasury department has “identified the budget costs” of increasing the super guarantee “as an avenue to further savings”, according to The Australian, which did not name a source.

The government saved $2.6 billion over three years by delaying the Labor plan and Treasury has estimated that holding the superannuation levy at 9.5 per cent would save employers $20 billion by 2025.

Prime Minister Malcolm Turnbull responded to the report on Friday by confirming “all sorts of proposals are swirling around”, while denying there was a “plan” to delay the superannuation increase.

Labor is committed to the 12 per cent increase by 2025, Mr Bowen said.

Mr Bowen said that the proposal “comes on top of the government’s abolition of the low income super contribution arrangements which give low income earners assistance to build some retirement savings so that won’t have to rely totally on the aged pension.”

Mr Bowen also said that the whole economy would suffer if the nation’s superannuation savings pool was restricted in its growth.

“Australia’s super pool is larger than the nation’s GDP and was an important source of liquidity for companies during the GFC. It was one of the factors that allowed us to get through the GFC,” he said.

Meanwhile, Pauline Vamos, the chief executive of the Association of Superannuation Funds of Australia (ASFA), said a potential freeze in the rate of the Superannuation Guarantee would also lead to increased government expenditure on the Age Pension in the near future.

“The SG is a crucial pillar of the retirement incomes system, as it enables a significant proportion of Australians to predominantly self-fund their retirement, reducing reliance on the Age Pension,” she said.

According to ASFA estimates, a retained SG of 9.5 per cent would result in around 40 per cent of retirees relying on the full Age Pension by 2050. The government expenditure on the Age Pension would consequently need to rise by approximately 25 per cent.

Chief executive Sally Loane of the FSC said future generations should not have to bear the cost of short-term Budget decisions.

“The retirement savings pool must be increased, particularly amongst middle income earners, to reduce the reliance on the Age Pension. Income support for seniors is costing the government $44.7 billion this year alone and is growing at 7 per cent each year.”

Ms Loane also said that people entering the workforce now would not be able to save enough for a comfortable retirement independent of the age pension unless the rate is raised to at least 12 per cent.

“The industry is open to a conversation on how our super system can be improved, but having less in aggregate retirement savings is not negotiable,” Ms Loane said.